Mikel Arteta hails Aaron Ramsdale for securing Arsenal’s three points: ‘He won the game for us’ 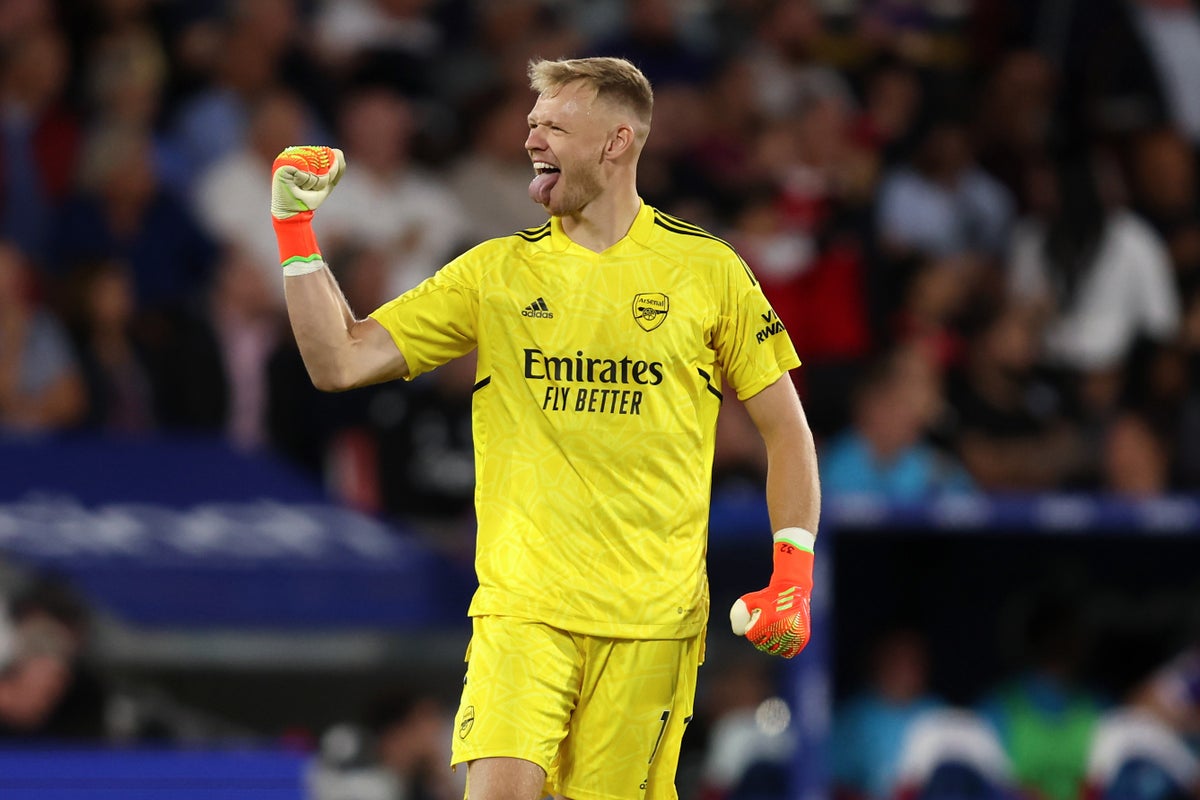 Like they did a year ago, Arsenal got the Premier League season up and running with a London derby, though this time they faced a trip to Selhurst Park rather than the Brentford Community Stadium.

On this occasion the Gunners were up to the task, as they beat Palace 2-0 thanks to a header from Gabriel Martinelli and a late own goal from Marc Guehi to seal victory.

While there were glimpses of the free-flowing football Arsenal displayed for much of the summer in pre-season, particularly in the first 20 minutes against Palace, it was a win largely down to an incredibly solid defensive effort.

William Saliba shone on his competitive debut for the club, while Ramsdale was twice called upon to make crucial saves.

Wearing Arsenal’s number one shirt for the first time, the England goalkeeper kept out Odsonne Edouard’s header in the first-half, before making an even bigger save after the break when Eberechi Eze looked almost certain to score as he found himself clean through on goal.

Ramsdale denied him though, keeping Arsenal narrowly in front before the lead was later doubled, and Arteta hailed his goalkeeper for delivering when his side needed it most.

“We had some moments. You need your goalkeeper, because to be honest they had the biggest chance in the game, that one-vs-one.

“Aaron did incredibly well and he won the game for us.”

How to watch Paula Badosa vs. Cori Gauff at the Mubadala Silicon Valley Classic