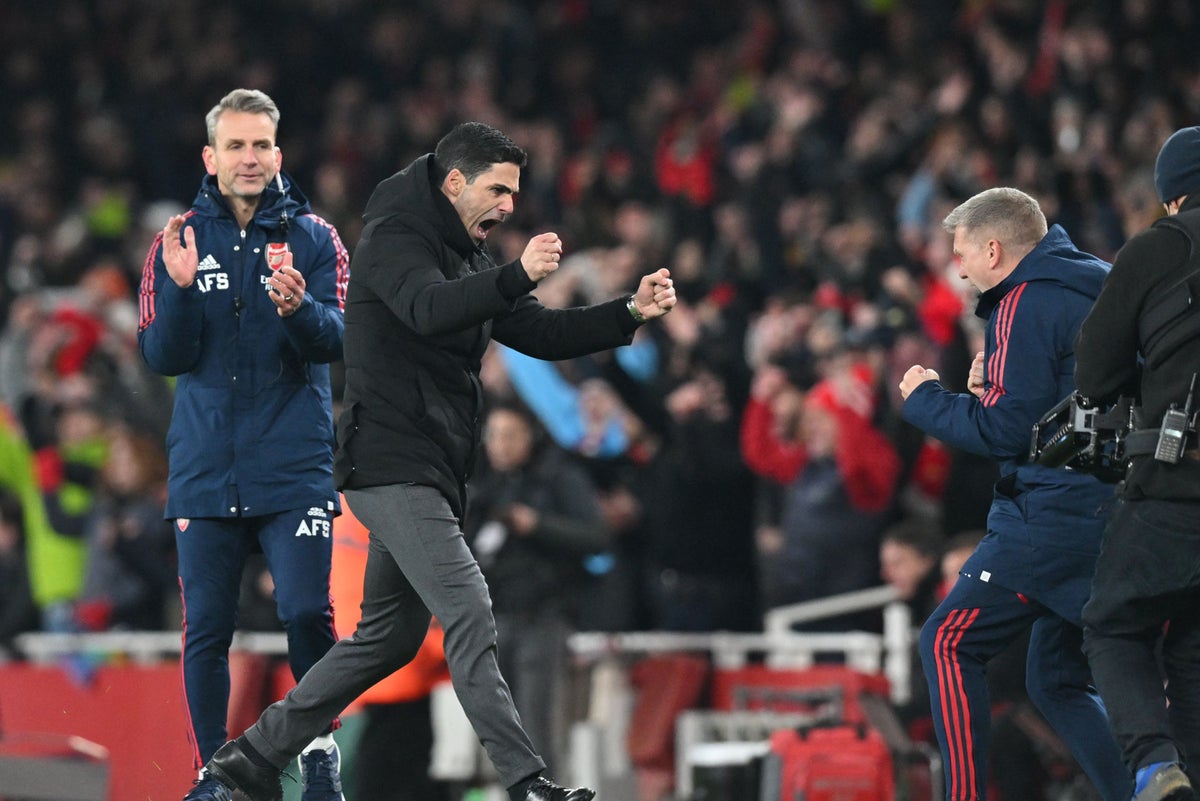 The Gunners have amassed 50 points in that time, becoming only the fifth team in the League’s history to do so.

Arsenal left it late to beat Manchester United 3-2 on Sunday afternoon, with Eddie Nketiah scoring a winner in the 90th minute.

The win means Arteta’s side are now five points clear of Manchester City at the halfway stage, and they have a game in hand on them too.

And asked to sum up the first-half of the season, Arteta said: “Extraordinary.

“It doesn’t get much better than that. We deserved the points that we have. I think we have played well enough to win most of the matches.

“But the reality is that we have things we can get better at. Attacking and defending in transitions. That’s the aim.

“It came at the end – VAR made it more difficult – but it was electric and really emotional and really passionate and I loved it.”

Nketiah was the hero against United, equalising for Arsenal after Marcus Rashford had opened the scoring and then bagging the winner at the death.

In between that, Bukayo Saka had put Arsenal in front, only for Lisandro Martinez to make it 2-2 with 30 minutes to go.

“What Eddie is doing is incredible,” said Arteta. “I cannot say we saw that [coming].

“We were hoping that he could do that because of the way he is, his mentality, and how his qualities fit in the team.

“Losing Gabi [Jesus] was a big blow. It is a big blow losing Gabi today but Eddie is responding with the team in an exceptional way.

Stepping up: Nketiah is impressing in the absence of Gabriel Jesus

“The qualities that he has, how much he wants it, how much belief he has to be Arsenal number nine, his desire, his background. We are with him every single day.

“He’s a special kid. He’s so loved by everybody at the football club. He’s got a real Arsenal heart and that’s very special. You cannot put that into numbers, but he’s really, really good.”

Non-Christian alternative to BC label for years. Crossword…

5 Letter Words with VIAR in Them – Wordle Clue