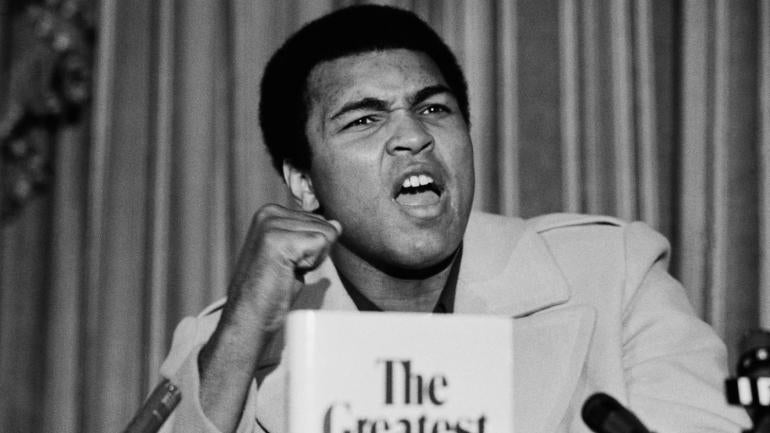 Muhammad’s Ali’s “Rumble in the Jungle” WBC title belt was sold for $6.18 million to Indianapolis Colts owner Jim Irsay at a recent auction. Irsay confirmed that he had acquired the historic belt on his Twitter account.

The “Rumble in the Jungle” belt sold for the highest price of any sports collectible that was sold at Heritage Auctions.

The WBC belt was first available to the general public in 1988 when Ali’s late boxing coach Drew “Bundini” Brown had the contents of his storage lockers sold via auction. This particular belt is one of just two of Ali’s belts from the “Rumble in the Jungle” that are believed to be in existence. The other belt is in a private collection.

Ali originally won the WBC heavyweight championship belt back in 1974 when he defeated George Foreman in what is now known as the Democratic Republic of Congo. It was Ali’s first fight in seven years following being stripped of his boxing license and his WBA heavyweight title for refusing to fight in the Vietnam War.

Irsay is an avoid collector of Ali memorabilia as he previously owned multiple pieces belonging to the boxing legend. The Colts owner also owns Ali’s 1965 walkout robe in addition to the shoes from Ali’s “Thrilla in Manila” bout against Joe Frazier in 1975.

The 63-year old is planning on displaying his collection, including the “Rumble in the Jungle” belt, to fans on Aug. 2 in Chicago and Sept. 9 in Indianapolis.

How to Watch Webb City vs. Carthage: Stream High School…