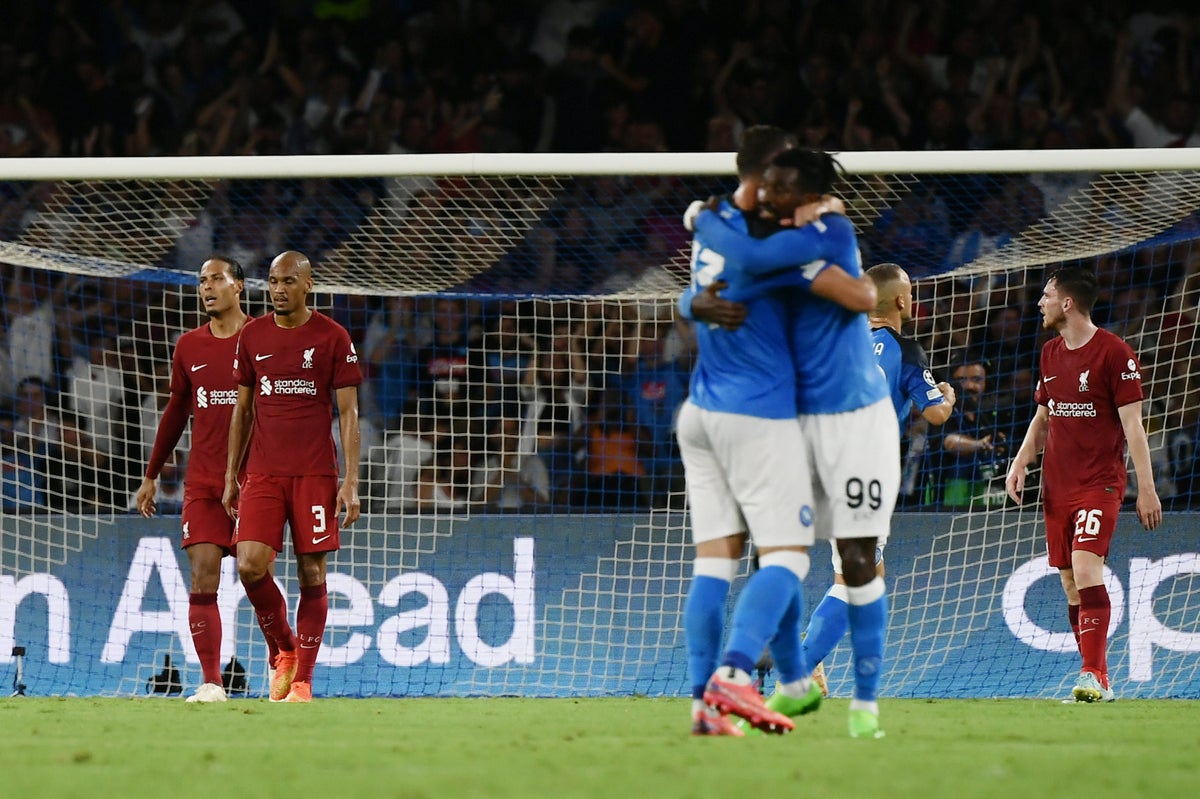 bad start to the season for Liverpool got worse with a total capitulation away at Napoli.

Jurgen Klopp’s side lost 4-1 at the Diego Maradona Stadium, with all of the defensive frailties shown this season amplified on a sobering night in Naples.

With Klopp looking for a welcome distraction from some indifferent Premier League form, European football seemed like the best possible pastime.

Still, the opening Champions League game of the group saw a brittle Liverpool side taken apart far too easily.

After only five minutes, James Milner – who looks increasingly like a man who simply cannot play at the top level any longer – conceded a penalty after a handball.

Piotr Zielinski, who is thought to have snubbed a move to Anfield in 2015, duly dispatched in a performance that reminded Liverpool of what they were missing.

Amid so many midfield problems, the Polish international danced through the middle of the park time and time again, flanked by the equally as impressive Frank-Andre Zambo Anguissa, who powered in a second after bullying and then embarrassing Joe Gomez with some intricate passing.

Before the game was even 20 minutes old, Victor Osimhen won a second spot-kick by isolating Virgil van Dijk and drawing a foul from a defender who appears to have lost the great aura surrounding him of late. The Napoli striker, however, missed from 12 yards.

Where that could well have been a catalyst for Liverpool change, an excellent home side simply continued to cut through them. Giovanni Simeone replaced Osimhen before half-time and scored with his first touch.

After the break, Zielinksi bagged his brace, although Luiz Diaz – one of Liverpool’s few bright sparks – curled in what proved to be a consolation goal only minutes after. Though the Colombian huffed and puffed from there, a team with an attacking line who used to blow teams away looked painfully short on ideas.

An easy night for Napoli in the end, arguably the greatest insult one could direct at Klopp’s Liverpool.