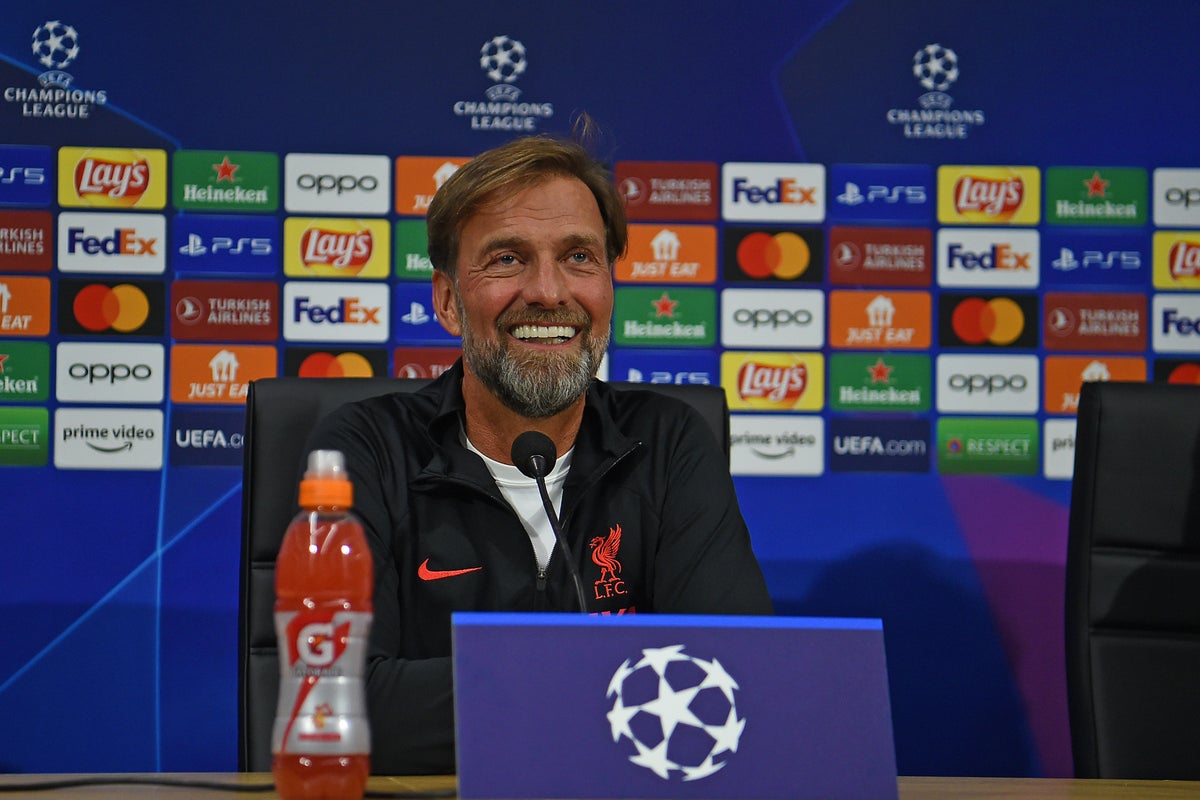 Liverpool travel to Napoli in the Champions League tonight in what looks like perhaps their most difficult game of the group stage. Indeed, amid some relatively indifferent Premier League form, traveling to a cauldron such as the Diego Armando Maradona Stadium is hardly the ideal trip.

Still, this is a competition Liverpool have excelled in over the last few years. Three final appearances in half a decade says all about just how competitive Jurgen Klopp’s side have been on the continental front. Few would bet against them in this format.

While Napoli boast an awful lot of quality, there is thankfully some light at the end of the injury crisis tunnel for Klopp. Slowly but surely, the Liverpool boss is getting his key players back, perhaps offering some fresh optimism after a slow start to the campaign. Follow all of the action LIVE with Standard Sport’s dedicated match blog!

Konrad Laimer admits a late move to Liverpool was never on the cards despite intense speculation during the closing hours of the summer transfer window.

With Jurgen Klopp making a U-turn in his decision not to sign a midfielder after an injury crisis derailed his side’s start to the season, the Austrian international was heavily linked with a move.

Bayern Munich were another club touted as a potential landing spot and the fact the 25-year-old has less than a year to go on his contract will likely only lead to more transfer talk over the coming months.

Though they reportedly tracked Laimer, Liverpool ended up making a last-ditch loan swoop for Juventus and Brazil star Arthur Melo.

Napoli are more than capable of continuing Liverpool’s poor run by dominating the midfield battle. Mohamed Salah and Luis Diaz were again starved of service by a poor Everton side, and the hosts’ own attacking talent can punish the Reds.

Liverpool can, of course, get at Napoli, who are not as tight a ship since Kalidou Koulibaly’s exit, so we should have an entertaining game in store in Naples.

For Liverpool, deadline-day signing Arthur Melo could come in for his debut to help their midfield struggles, with Jordan Henderson, Naby Keita and Alex Oxlade-Chamberlain all sidelined.

Thiago Alcantara could play some part, while Harvey Elliott is likely to keep his place. Both Keita and Oxlade-Chamberlain have been omitted from the group stage squad.

Fabio Carvalho is a doubt after limping off over the weekend. Andy Robertson did not start the Merseyside derby but surely will in Naples, while Trent Alexander-Arnold was taken off before the hour mark so will also be fresh.

Napoli star forward Hirving Lozano is a doubt after being stretchered off against Lazio at the weekend, meaning Matteo Politano should come in.

Where to watch Napoli vs Liverpool

TV channel: In the UK, tonight’s match will be televised live on BT Sport 2, with coverage beginning at 7pm.

Live stream: BT Sport subscribers will also be able to watch the game online via the BT Sport website or app.

Good afternoon and welcome to Standard Sport’s LIVE coverage of Liverpool’s trip to Napoli in the Champions League this evening.

Kick-off from the Diego Maradona Stadium is at 8pm BST.

Patrick Beverley refuses to bow to LeBron James, Anthony Davis: ‘I made the playoffs last year, they didn’t’