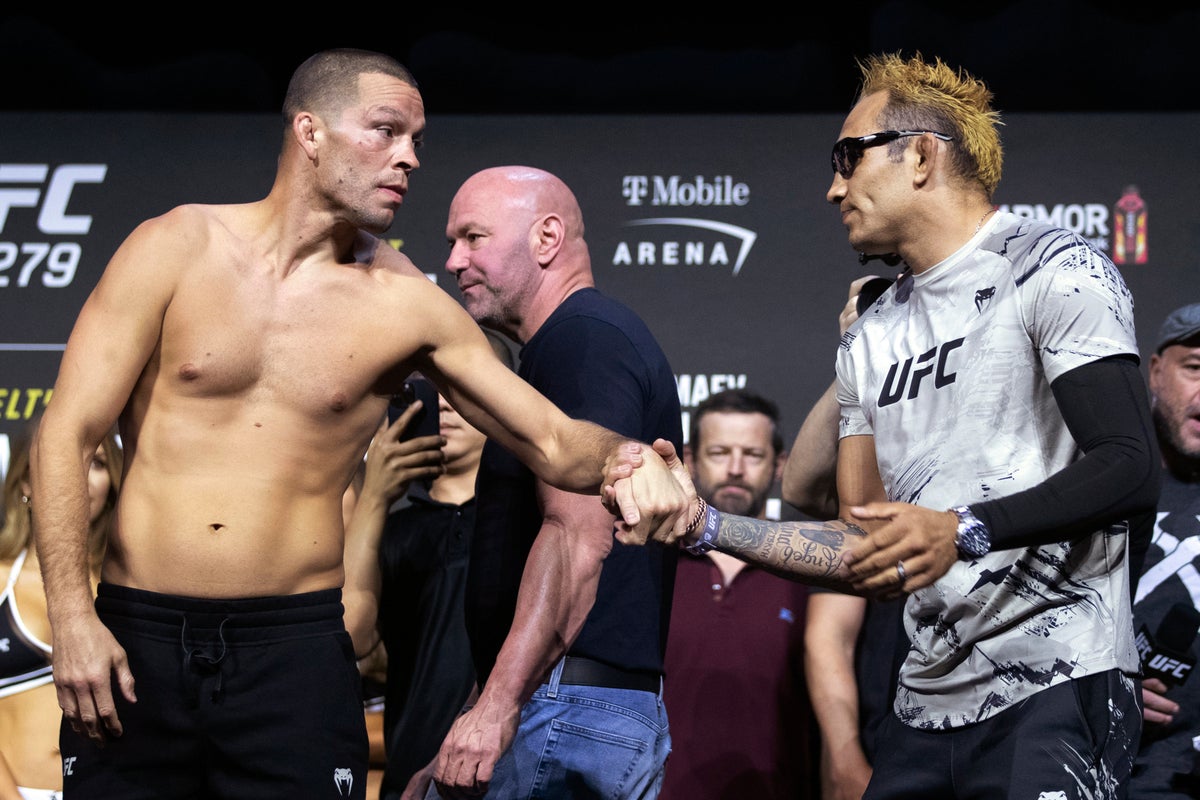 ate Diaz will face Tony Ferguson in the main event of UFC 279 in Las Vegas tonight after an extraordinary turn of events.

‘El Cucuy’ was drafted in as a late replacement opponent on Friday after Khamzat Chimaev severely missed weight, initially tipping the scales at 178.5 pounds – a full 8.5 pounds above the welterweight limit.

Chimaev – who blamed the drastic weight miss on a medical issue – remains on the fight card and will instead battle Kevin Holland in the co-main event, which is being fought at a catchweight of 180 pounds.

Ferguson had originally been due to face China’s Li Jingliang and Holland was scheduled to meet Daniel Rodriguez, but those two will also now fight in a 180-pound catchweight bout.

Diaz vs Ferguson is a fierce battle of two beloved UFC veterans and a fight that many have wanted to see take place for several years.

It will be the final UFC contest for Diaz, who has dropped three of his last four against Britain’s new welterweight champion Leon Edwards, Jorge Masvidal and Conor McGregor, with his only victory in recent years coming against Anthony Pettis at UFC 241 in 2019. The Stockton native, 37, is set to join promoters Real Fight, Inc next.

He was stopped by a brutal front kick to the face that knocked him out cold in his last outing against Chandler at UFC 274 in May.

“We punted his b***h a*s in the back here and now he doesn’t even know how to make weight.”

Ferguson said: “Grab your popcorn and blue slushies m**********rs, because we’re going to have some fun.”

The undefeated Chimaev, 11-0, is one of the UFC’s most exciting rising stars and the bout with Diaz would have been comfortably the biggest of his career to date.

Asked about a potential medical issue leading to Chimaev’s weight debacle, UFC president Dana White said: “What happened was, he was cutting weight. If you saw him yesterday, he was very, very lean already and should have come in on weight.

“He started to cut weight and he started locking up and cramping, all the things that happen from a bad cut. Unlike 10 years ago when we were doing this, we sent a doctor up and a doctor determines whether he should keep cutting weight or not. The doctor told him he shouldn’t.”