NBA in-season tournament could begin as soon as 2023-24 season with prizes for final teams, per report 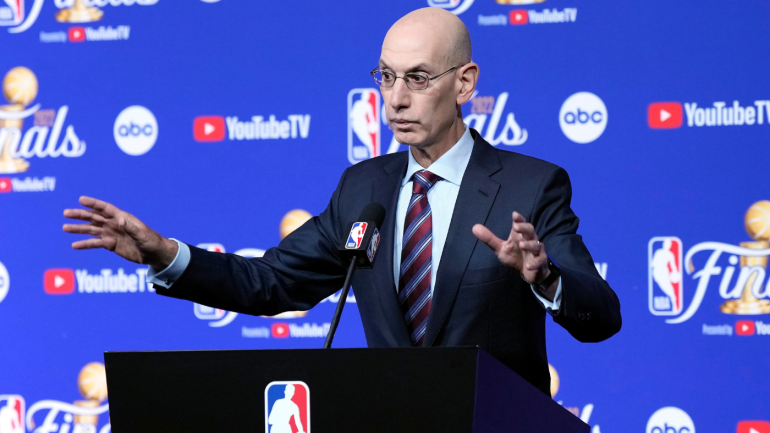 Of all of the NBA’s recent innovations and experiments, arguably none has generated more pushback and debate than the proposed in-season tournament, which commissioner Adam Silver has discussed publicly multiple times. The momentum seems to be there given the undeniable success of the play-in tournament over the past two seasons, but implementing a mid-season tournament presents far more logistical and motivational hurdles for teams, players and schedule-makers.

Such tournaments exist in other sports, most notably European soccer, and the idea would be to spice up the early portion of the NBA season and generate more interest for games that might not otherwise seem consequential. Silver said in February that the league was “moving closer” to going forward with the tournament, and now we have some more details about a possible format.

According to Shams Charania, the tournament could be implemented as soon as the 2023-24 season and would consist of teams playing “Cup games” through November, all of which would count as regular-season games. The top eight teams would then advance to a single-elimination final. The only teams that would end up playing an extra game beyond the normal 82-game schedule would be the two teams that advance to the final.

All eight final teams are expected to receive some sort of prize, but the league and the NBPA are still finalizing the concept of the tournament, Charania added.

There’s a vocal contingent, particularly on irritable NBA Twitter, that has pushed back consistently against the potential in-season tournament, and the somewhat complicated logistical details that have been revealed have expectedly been met with similar skepticism. Overall though, a concept that heightens the importance of games and gives fans another reason to cheer seems like it will eventually find its way into the good graces of the audience.

“There’s tournaments [in other sports] along the way where players, I’m sure feel an extra boost of competitiveness around winning a particular trophy,” Silver said in February. “And that’s what we’re looking at. It’s complicated.”

How to Watch Michigan at Indiana: Live Stream College…