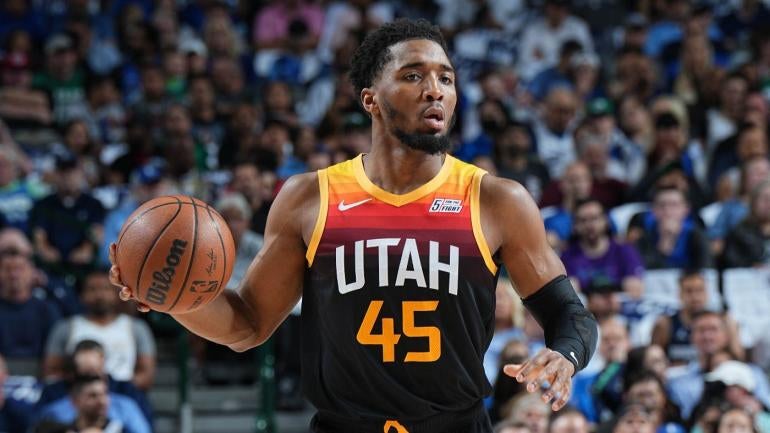 The Utah Jazz have a number of viable reasons for exploring a Donovan Mitchell trade. Even when they had Rudy Gobert, they’d proven on several occasions that they were not capable of winning a championship. Without him, they had no obvious way of rebuilding a contender before Mitchell’s 2025 free agency. Outside free agents rarely want to come to Utah. Even if they did, the Jazz had no cap flexibility this offseason. Their only viable path forward is through the draft. Trading Mitchell would net a boat load of picks.

The dream scenario with any draft pick is to land a player like Mitchell. That is what detractors of a possible Mitchell trade would say. Why trade him for players that might never be as good? Andy Larsen of the Salt Lake Tribune offered one explanation: the entire NBA seems to believe Mitchell is on his way out the door. Larsen reports that “the overwhelming feeling among league insiders is that Mitchell is likely to sign outside of Utah at the first available opportunity in 2025,” and that his preference would be to play in a bigger market.

According to Larsen, Mitchell considers New York his home. He spends most of his offseasons there, and not coincidentally, the Knicks have thus far been the most aggressive team in trying to trade for him. Thus far, no package has materialized, but with eight tradable first-round picks, there is certainly a deal to be found.

Mitchell would also reportedly be interested in playing in Miami. Their path to acquiring him is a bit more complex. While they can offer young guard Tyler Herro in a deal, they have only two tradable first-round picks at the moment. They can get up to three with a bit of maneuvering, and they can also offer several first-round swaps, but ultimately they just can’t offer what the Knicks can.

Regardless of where he lands, it’s become painfully obvious that Mitchell does not intend to spend his career with the Jazz. Whether a trade comes this offseason or in the future, the Jazz seems to have come to terms with their need for a rebuild.