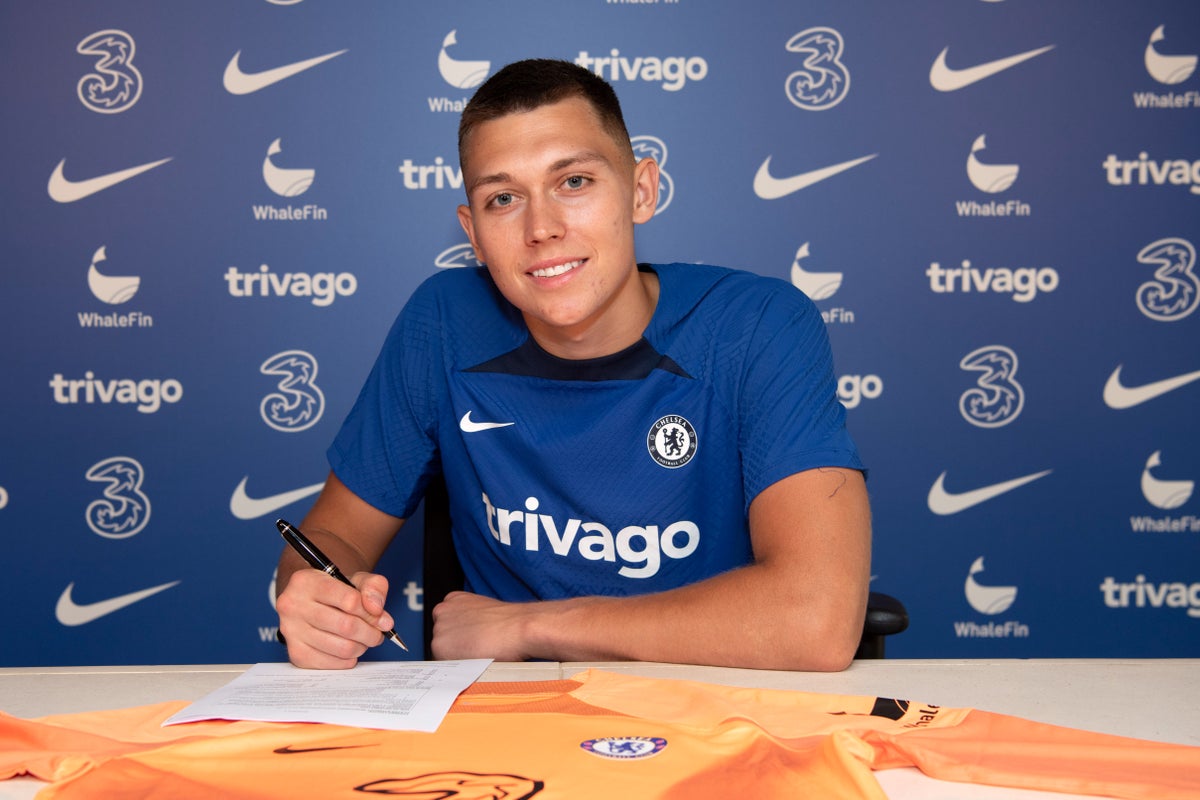 abriel Slonina believes he has joined the “best team in London” after finally completing his transfer to Chelsea.

The American goalkeeper officially moved to Stamford Bridge from Chicago Fire on Tuesday in a long-awaited and protracted deal believed to be worth £12million, penning a six-year contract in west London.

Negotiations for Slonina had begun under the previous ownership and the deal had appeared in flux following the high-profile takeover by Todd Boehly and Clearlake Capital, before finally being sealed with just under a month to go before the summer window shuts for business.

The 18-year-old will remain at Chicago Fire for the remainder of the 2022 Major League Soccer (MLS) season before joining up with his Chelsea team-mates on January 1.

The Blues were thrashed 4-0 by in-form Arsenal on a gruelling pre-season tour of his native United States last month with strengthened Tottenham also gunning to improve on their fourth-place finish from last season under Antonio Conte, yet Slonina appears in no doubt that he has joined the capital’s top dogs.

“Honoured to join such a massive club with so much history,” he tweeted. “It’s a privilege to wear the badge of the best side in London. Thank you to all the fans for the warm welcome. Can’t wait to get started.”

Earlier, Slonina said: “Thank you to everyone at the club for making a childhood dream come true & thank you to the fans for an amazing warm welcome. The hard work starts now. #ThePrideOfLondon.”

Slonina is Chelsea’s third signing of a difficult summer window after Raheem Sterling and Kalidou Koulibaly, with fellow teenager Carney Chukwuemeka also set to join from Aston Villa in a surprise deal after a £20m fee was agreed with Aston Villa.