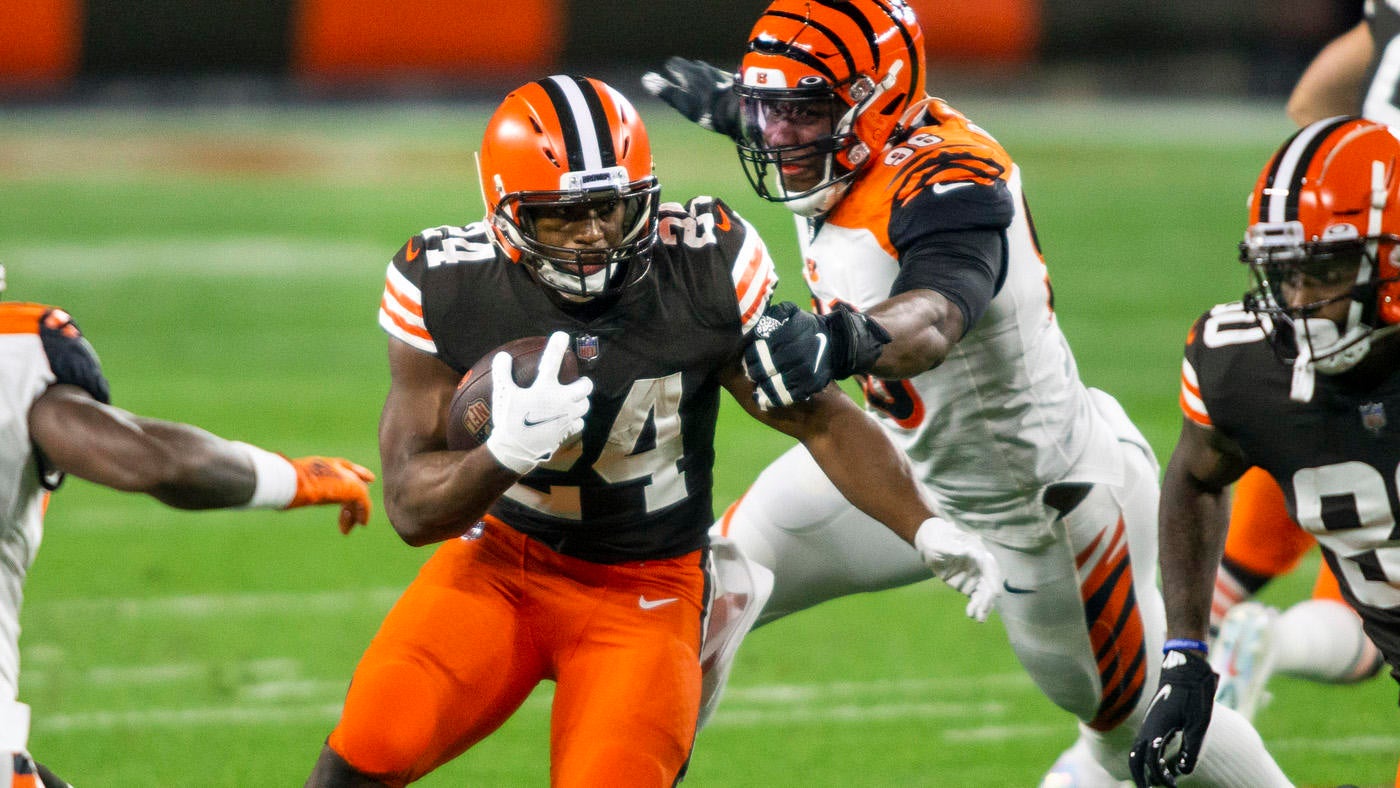 The AFC’s oldest rivalry will be renewed on Thursday Night Football when the Cleveland Browns host the Pittsburgh Steelers. The two have met 138 times previously, but Jacoby Brissett and Mitchell Trubisky will get their first tastes of this matchup in Week 3. However, neither quarterback is the focus of his respective team nor will they be the first names daily Fantasy football players think of when composing their NFL DFS lineups. The running backs in Browns vs. Steelers will get most of the attention with the likes of Najee Harris, Nick Chubb and Kareem Hunt in the NFL DFS player pool. Which one should you target in your NFL DFS strategy and NFL DFS stacks? Before making your NFL DFS picks for Steelers vs. Browns on sites like DraftKings and FanDuel, you need to see the NFL DFS advice, strategy and player projections from SportsLine daily Fantasy expert Mike McClure.

McClure is a legendary professional DFS player with over $2 million in career winnings. His methodology has led to enormous cashes on FanDuel and DraftKings. He took down two high-stakes tournaments on FanDuel in 2020 and recorded a pair of top-10 finishes in tournaments with over 130,000 entrants on DraftKings. His lineups also finished inside the top 1% in more than a dozen other tournaments.

He uses a powerful prediction model that simulates every snap of NFL action, taking factors such as matchups, statistical trends and injuries into account. This allows him to find the best DFS values that he shares only with members at SportsLine.

Last week, McClure featured Chargers wide receiver Mike Williams in his Thursday Night Football NFL DFS picks for Los Angeles vs. Kansas City. The result: Without Keenan Allen (hamstring) available, Williams went off for 113 yards and a touchdown in a loss to the Chiefs.

Now, McClure has turned his attention to Steelers vs. Browns on Thursday Night Football Week 3 and locked in his top daily Fantasy football picks. You can only see his picks and analysis at SportsLine.

Top NFL DFS picks for Steelers vs. Browns on TNF

One of McClure’s top NFL DFS picks for Thursday Night Football in Week 3 is Browns running back Nick Chubb. It’s easy to see why McClure is high on him since he leads his position in Fantasy points thanks to a 143-yard game in Week 1 and 113 yards and three touchdowns in Week 2. He’s also been nothing but productive over his last six games versus the Steelers, averaging 91.8 yards from scrimmage.

The Steelers rank 22nd in run defense this year and aren’t the same without T.J. Watt (chest) in the lineup. Damien Harris and Rhamondre Stevenson combined for 138 total yards and a touchdown last week following Joe Mixon’s 145-yard day versus Pittsburgh in Week 1. Chubb doesn’t offer much as a pass-catcher, but that’s not an issue considering both the volume and efficiency he brings to NFL DFS lineups on the ground.

Part of McClure’s optimal NFL DFS strategy also includes rostering Browns quarterback Jacoby Brissett. Last week, the journeyman completed over 80 percent of his passes for 229 yards and ran for 43 yards on six carries. Brissett has had limited opportunities against the Steelers in his career, but in three appearances, he’s completed 62 percent of his passes for 281 yards.

Through its first two games, Pittsburgh hasn’t faced a quarterback that has been a legitimate threat to run the ball. How well the Steelers will be able to contain Brissett is in question after the team had to place T.J. Watt (pectoral) on injury reserve after Week 1. In a matchup between two offenses that want to feature their respective running backs, Brissett provides the most upside at QB with his efficiency and rushing potential. You can see the rest of McClure’s NFL DFS advice here.

How to make NFL DFS lineups for Browns vs. Steelers on TNF

McClure is also targeting another undervalued option that could explode for huge numbers for Thursday Night Football. This pick could be the difference between winning your tournaments and cash games or going home with nothing. You can only see who it is, and the rest of McClure’s TNF DFS picks, at SportsLine.

Who is Mike McClure including in his optimal NFL DFS lineups for Thursday Night Football? And which under-the-radar player is a must-roster? Visit SportsLine now to see optimal NFL DFS picks, rankings, advice, and stacks, all from a DFS expert who has won millions with his daily Fantasy picks, and find out.