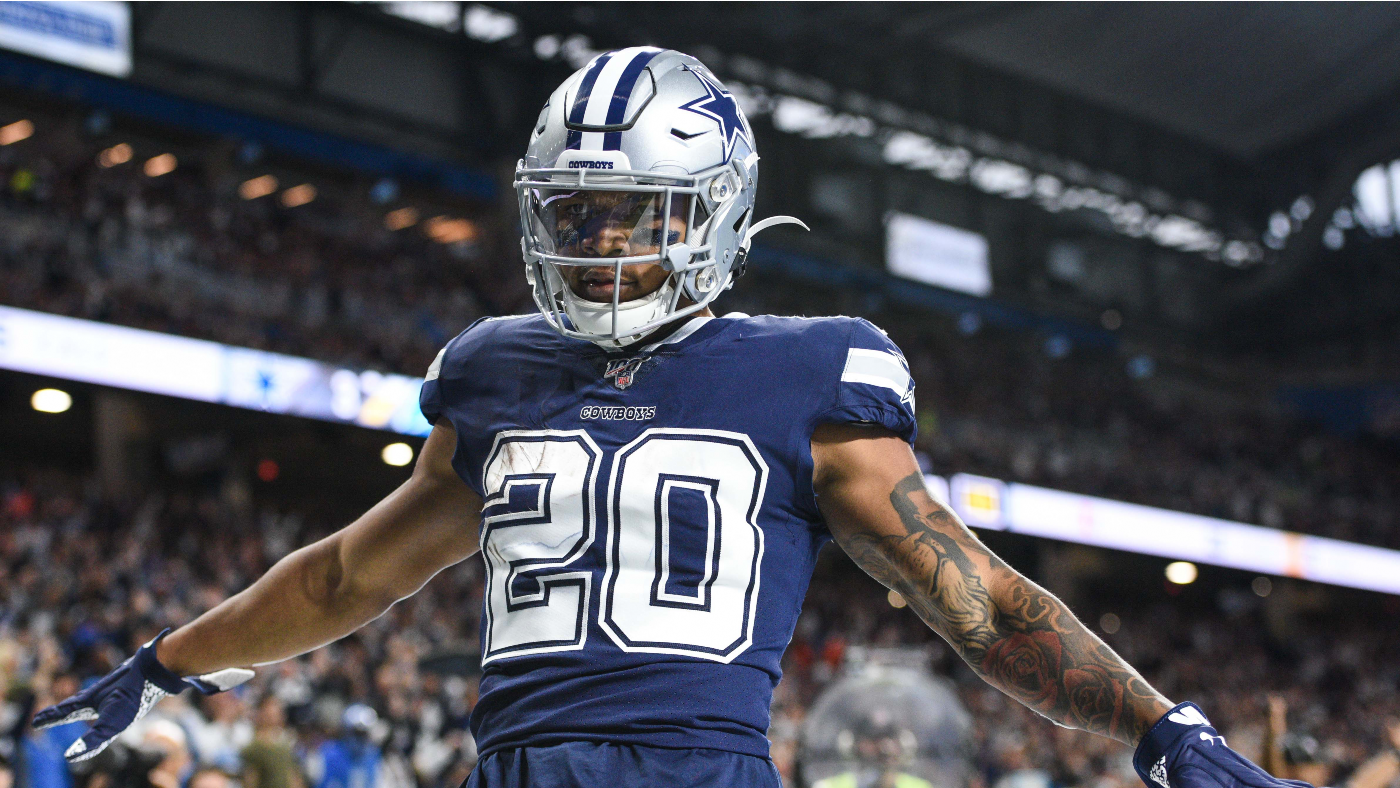 Thanksgiving NFL has been an integral part of the holiday experience for decades, but the rise of NFL DFS adds a wrinkle to the experience. With Christmas right around the corner, there’s big money on the line in NFL DFS tournaments, cash games and 50-50s on sites like FanDuel and DraftKings and a loaded three-game slate. Thanksgiving NFL DFS also gives us a loaded NFL DFS player pool full of superstars like Josh Allen, Ezekiel Elliott, Saquon Barkley, CeeDee Lamb, Rhamondre Stevenson, and Justin Jefferson to build our NFL DFS lineups around. Before you make your NFL DFS picks for Thanksgiving Day 2022 on sites like DraftKings and FanDuel, be sure to check out the NFL DFS advice, strategy and projections from SportsLine daily Fantasy expert Mike McClure.

McClure is a legendary professional DFS player with over $2 million in career winnings. His methodology has led to enormous cashes on FanDuel and DraftKings. He took down two high-stakes tournaments on FanDuel in 2020 and recorded a pair of top-10 finishes in tournaments with over 130,000 entrants on DraftKings. His lineups also finished inside the top 1% in more than a dozen other tournaments.

He uses a powerful prediction model that simulates every snap of NFL action, taking factors such as matchups, statistical trends and injuries into account. This allows him to find the best DFS values that he shares only with members at SportsLine.

This year, he’s already won the DraftKings Millionaire Maker twice and the FanDuel Million once. Now, McClure has turned his attention to NFL Thanksgiving Day 2022 and locked in his top daily Fantasy football picks. You can only see his picks and analysis at SportsLine.

One of McClure’s top NFL DFS picks for Thanksgiving Day 2022 is Cowboys running back Tony Pollard ($6,500 on DraftKings and $8,000 on FanDuel). Last week, Pollard lit up the Minnesota Vikings for 80 rush yards on 15 carries and 109 yards with two touchdowns in the passing game. After 10 games, he is well-positioned to set career-highs on the ground and through the air, with 701 rushing yards, 243 receiving yards with eight total touchdowns.

Opposing running backs have the fewest receptions against the Giants (27), but they produce more than 10 yards per catch. Pollard didn’t make a catch against the Giants when he faced them in Week 3, but he finished with 105 rushing yards. Pollard won the snap count battle with Ezekiel Elliott last week, 39-21.

Part of McClure’s optimal NFL DFS strategy also includes rostering Lions wide receiver Amon-Ra St. Brown ($7,200 on DraftKings and $7,800 on FanDuel). After being sparingly involved in Detroit’s passing offense in the first 11 games of his rookie season, St. Brown took off over the last six games of the year. He caught 51 passes for 560 yards and five touchdowns during that span while also carrying the ball seven times for 60 yards and another score.

Despite battling some injury issues early in the season, St. Brown is putting up impressive numbers once again. He enters Thursday’s game against the Bills with 56 receptions for 594 yards and three touchdowns. Over the last two weeks, he’s had 17 catches for 195 yards and now battles a Buffalo defense that has allowed No. 1 receivers to produce 35 catches for 573 yards and five touchdowns in the last five games. You can see the rest of McClure’s NFL DFS advice here.

How to make NFL DFS lineups for Thanksgiving Day 2022

McClure is also targeting another undervalued player who could explode for huge numbers on Thanksgiving. This pick could be the difference between winning your tournaments and cash games or going home with nothing. You can only see who it is, and the rest of McClure’s NFL DFS picks, at SportsLine.

Who is Mike McClure including in his optimal NFL DFS lineups for Thanksgiving 2022? And which under-the-radar player is a must-roster? Visit SportsLine now to see optimal NFL DFS picks, rankings, advice, and stacks, all from a DFS expert who has won over $2 million with his daily Fantasy picks, and find out.

How to Watch Albany at UMass: Stream Men’s College…