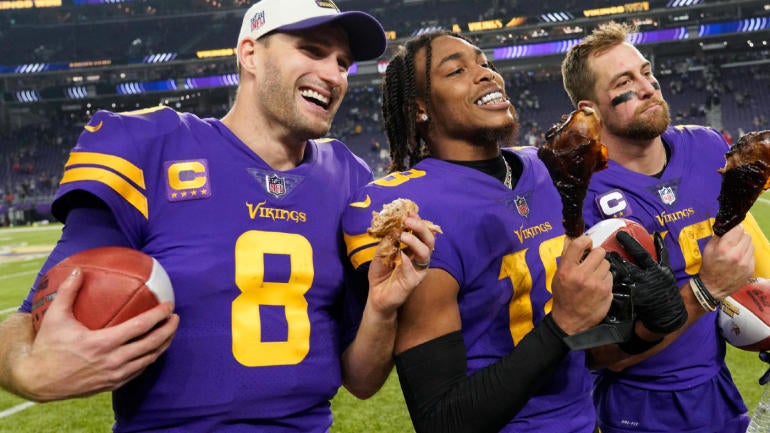 Fans were treated to a thriller in the first game of the day, as Josh Allen and the Buffalo Bills held off the Detroit Lions with a last-second field goal in a back-and-forth affair that was a Thanksgiving classic. In the second game, the Dallas Cowboys came back from a halftime deficit to sweep the New York Giants behind big games from CeeDee Lamb and Ezekiel Elliott. And in the nightcap, Kirk Cousins played well in the prime-time lights — as did Justin Jefferson — as the Vikings beat the Patriots to go to 9-2. Here are our grades for every team that played on Thanksgiving:

Wales vs Iran live stream: How can I watch World Cup 2022 game live FOR FREE on TV in UK today?