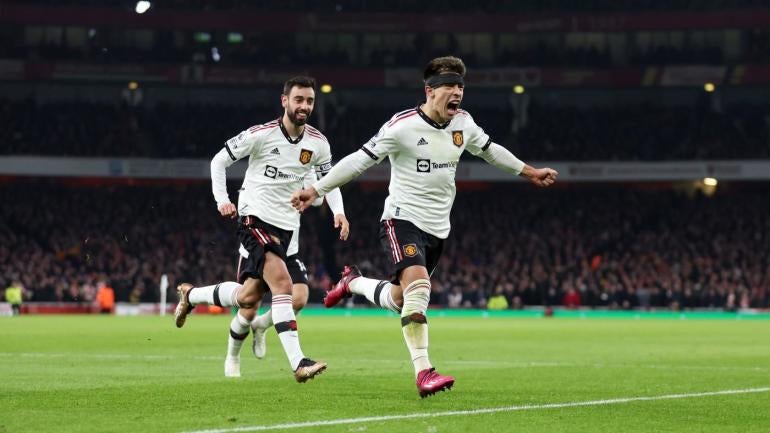 After losing to Arsenal over the weekend, Manchester United have an excellent chance to bounce back against Nottingham Forest on Wednesday in the EFL Cup semifinal first leg, but it’s a match that they can’t look past as Steve Cooper’s side have steadied the ship. Forest are undefeated in four consecutive league games after their 3-0 drubbing to Manchester United while Marcus Rashford has powered the Red Devils into the driver’s seat for the Champions League. But with a trophy at the end of the tunnel, both teams will aim to be at the top of their games.

Here’s our storylines, how you can watch the match and more:

Nottingham Forest: Usually the biggest concern for Cooper facing United would be not having on-loan keeper Dean Henderson available, but with Henderson injured, Wayne Hennessey will deputize. Now, it’s another game to get Chris Wood integrated to lead the line. With Morgan Gibbs-White finding form, United will need to be wary about allowing set-play chances as Forest have the creativity and targets to make them pay.

Manchester United: Casemirio’s return from suspension should help the defense in this match. Wout Weghorst will likely start as he’s integrating into the side and will hope to get his first United goal. Defensively, he has been a force pressing and helping create counters, but he was also added to be an aerial target for Luke Shaw and Christian Eriksen, which hasn’t materialized yet. Manager Erik Ten Hag will also be able to rest some of his defenders as United have to keep on eye on upcoming Premier League fixtures.

It will be a closer game than expected due to rotation, but Marcus Rashford will see that United have the advantage after the first 90 minutes. Pick: Nottingham Forest 1, Manchester United 2