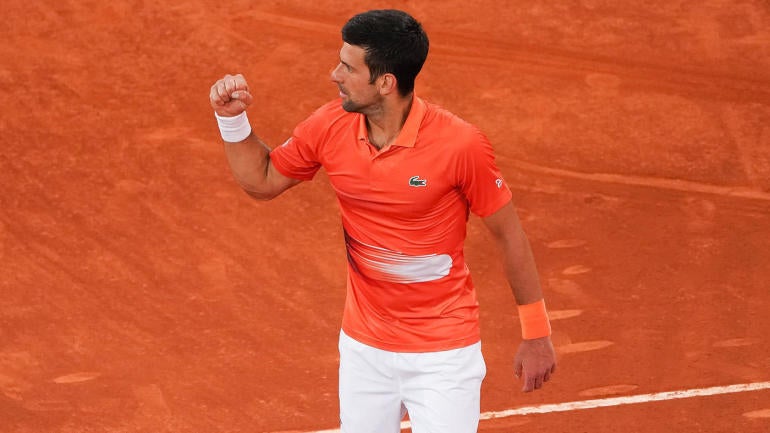 Tennis star Novak Djokovic etched his name in the history books — again — on Tuesday with a win over Gael Monfils at the Madrid Open. With the victory, Djokovic clinched his record-setting 369th week as the world’s No. 1 ranked player.

Djokovic defeated Monfils 6-3, 6-2, marking his 18th victory over Monfils during his professional career. The Serbian tennis star also became the first man to hold an 18-0 record against one opponent in the modern era with the win.

If Djokovic would’ve lost, Daniil Medvedev would’ve overtaken Djokovic for the No. 1 spot. That would’ve ended the Serbian’s long streak as the No. 1 player in the world.

“I don’t have any explanation for that, I just try to approach it like any other match,” Djokovic said following the match. “I guess his game is suitable to my game in terms of playing style. But we’ve had some very close matchups. The last time we played in Dubai he had match points, so that could have easily broken the record.”

Tuesday’s match marked just the second time that the two faced off on a clay court in their careers. It was the first time since the two did battle in a fourth round match at the 2006 French Open.

Earlier this year, Djokovic made headlines when he wasn’t permitted to compete at the Australian Open due to being unvaccinated against COVID-19. His last Grand Slam tournament was the 2021 U.S. Open in which he lost to Medvedev in straight sets in the final.