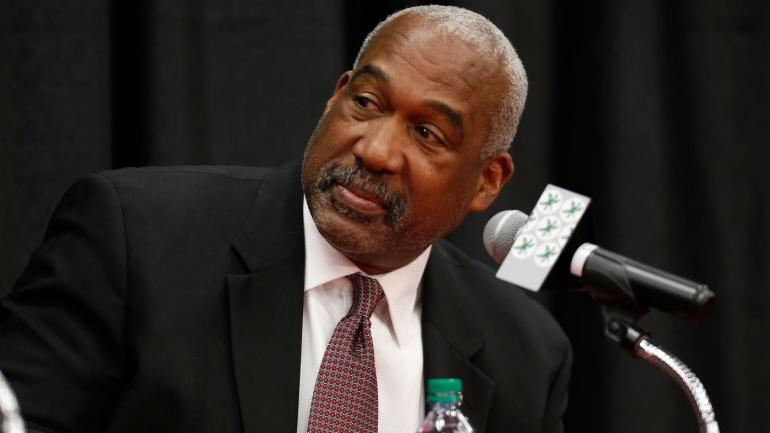 On Tuesday, Joshua released a statement on Twitter in which he claimed that Sadlocha directed a racial slur at him on several different occasions throughout a game on Nov. 11. Sadlocha even received a 10-minute game misconduct in the second period.

One day after Joshua shared his side of the story, Smith issued a statement in which he apologized to the Michigan State forward. Smith announced that Sadlocha was taking time away from the team and revealed that the Ohio State hockey team would go through education on racial sensitivity.

“I want to offer my sincere and heartfelt apology to Jagger Joshua,” Smith said in his statement. “On behalf of Ohio State, I am so sorry.

“No student or student-athlete should experience hatred or racism, and everyone should feel welcome. I have spoken with Michigan State Athletic Director Alan Haller, and I’m thankful Jagger is getting the support he needs.

“Over the last week, the Department of Athletics has worked through this on-ice incident and spoken with Kamil Sadlocha and the rest of the team, and Kamil is returning home and will not practice or compete at this time.

“I have met with the men’s hockey team and will be meeting with them again soon to discuss our values. The team will complete education on racial sensitivity, diversity, equity, inclusion, and the use of respectful dialog. The department and I will support them through this important process.”

In Joshua’s original statement, he expressed disappointment that neither the Big Ten Conference nor Ohio State had taken disciplinary action against Sadlocha.

The Big Ten did investigate the incident, but it cited a lack of “indisputable evidence” necessary to discipline Sadlocha. Ohio State said it “worked collaboratively” with the league throughout its investigation.

Ranking all 32 NFL teams, plus early picks for Week 13 and surprise player leading…