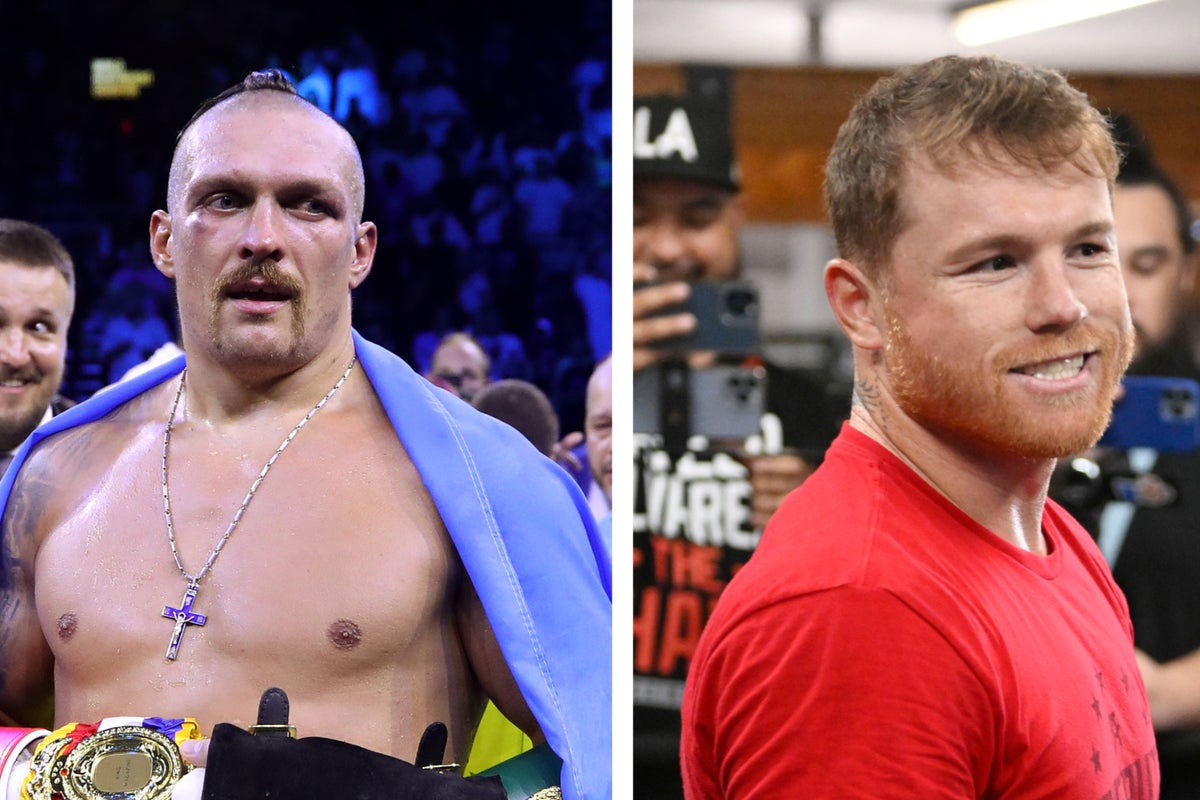 The Ukrainian pound-for-pound king currently reigns supreme as the WBA (Super), IBF, WBO, IBO and The Ring heavyweight champion after successfully defending the belts he took from Anthony Joshua 12 months ago in a rematch in Saudi Arabia in August.

A money-spinning clash with WBC champion Fury for all the belts in the sport’s blue-riband division appeared the most likely next assignment for Usyk as he bids to become undisputed in a second weight class, though such plans have since been waylaid by the self-proclaimed ‘Gypsy King’ looking set to finally meet Joshua in a massive all-British clash in December.

Usyk is currently back in Ukraine with his family after such a difficult period amid the ongoing Russian invasion of his homeland, formulating plans for a high-profile boxing swansong.

The 35-year-old says he has a maximum of three fights left in the tank, including that huge meeting with Fury and a farewell bout at the Olympic Stadium in Kyiv.

In the other, Usyk says he wants to take on fellow superstar Canelo in a contest that has previously been mooted but subject to severe doubt due to the huge height and weight disparity between the two men.

Canelo remains the undisputed super-middleweight champion after successfully closing his trilogy with Gennady Golovkin in Las Vegas last weekend, while he previously ventured up and won a world title at light-heavyweight against Sergey Kovalev, though lost on his last move to 175lbs against Dmitry Bivol earlier this year.

“I can have three more fights at the very most. It is the most realistic to be in my top form. With Fury, Canelo and a farewell fight at Olympiyskiy,” Usyk said in an interview on his YouTube channel.

“With Canelo he said that he wanted to fight me. It would be a freak fight just for the sake of earning money.

“I only need to beat Fury and then it is time to retire for me. The unification of all the belts is much more important than just a fight or another defence.

“I want to outbox Fury and I don’t want to work that much just for another defence. There is much more that I can achieve.”

Canelo has previously said that he would fight Usyk at a catchweight just over the cruiserweight limit at 201lbs, a huge increase on the 167.4lbs he weighed against ‘GGG’.

The Mexican tipped the scales at 174lbs against both Bivol and Kovalev, while Usyk – who stands six inches taller than Canelo at 6ft 3ins – has not campaigned at cruiserweight since retaining his undisputed titles against Tony Bellew in Manchester in 2018.

Usyk weighed 221lbs for both fights against Joshua despite suggestions that he had seriously bulked up for the rematch in Jeddah.

“It’s difficult, but I don’t care,” Canelo said of potentially facing Usyk last month. “I like that type of challenge, I don’t care. It’s going to be difficult I know, but I love boxing. I love being in that type of situation.”