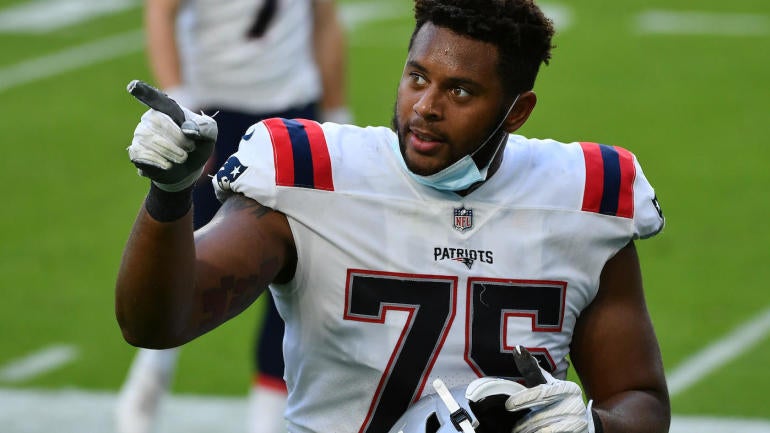 The cross-pollination between Josh McDaniels’ Raiders and Bill Belichick’s Patriots has a new chapter. This time, the two clubs have struck a deal on a trade that will send offensive tackle Justin Herron to Las Vegas, the Patriots announced. The deal involves the teams flipping draft picks, according to the NFL Network. As it relates to the specific pick swap, SI.com reports that the Patriots get a 2024 sixth-round selection, while the Raiders get a 2024 seventh-rounder along with Herron.

Herron entered the NFL as a sixth-round draft choice of the Patriots back in 2020 out of Wake Forest. The 6-foot-5, 305-pounder had been a reserve tackle throughout his tenure in Foxborough. Over 28 regular season games played, Herron started in 10 of them. He also got the start in New England’s lone playoff game during the 2021 season.

Through two games this season, Herron did not see any game action.

This isn’t exactly an earth-shattering move and the Patriots are pretty deep at offensive tackle. On top of starters Trent Brown and Isaiah Wynn, the club has Yodny Cajuste as the main swing tackle on the active roster. Marcus Cannon, Kody Russey, and Bill Murray are also a trio of offensive linemen currently on the practice squad. With that in mind, they move up a round on Day 3 of the 2024 draft while not eating away too much at their depth.

This move also frees up a roster spot that will likely be used for defensive tackle Daniel Ekuale, who is eligible to return from his two-game suspension.

As for the Raiders, they receive a developmental tackle that the coaching staff and front office are extremely familiar with thanks to their ties to New England. Not only is McDaniels now in Las Vegas, but he also brought offensive line coach Carmen Bricillo with him. Bricillo held that same title during his final season on Bill Belichick’s staff and has worked with Herron throughout his entire career. So, they know exactly what kind of player they are getting in this trade, while also not losing too much in terms of draft capital as late Day 3 picks are largely a dart throw anyways.

Herron also has two more years left on his rookie contract, so they’ll be able to bring him along for quite a while.

How to Watch USC at Arizona: Stream Women’s College…