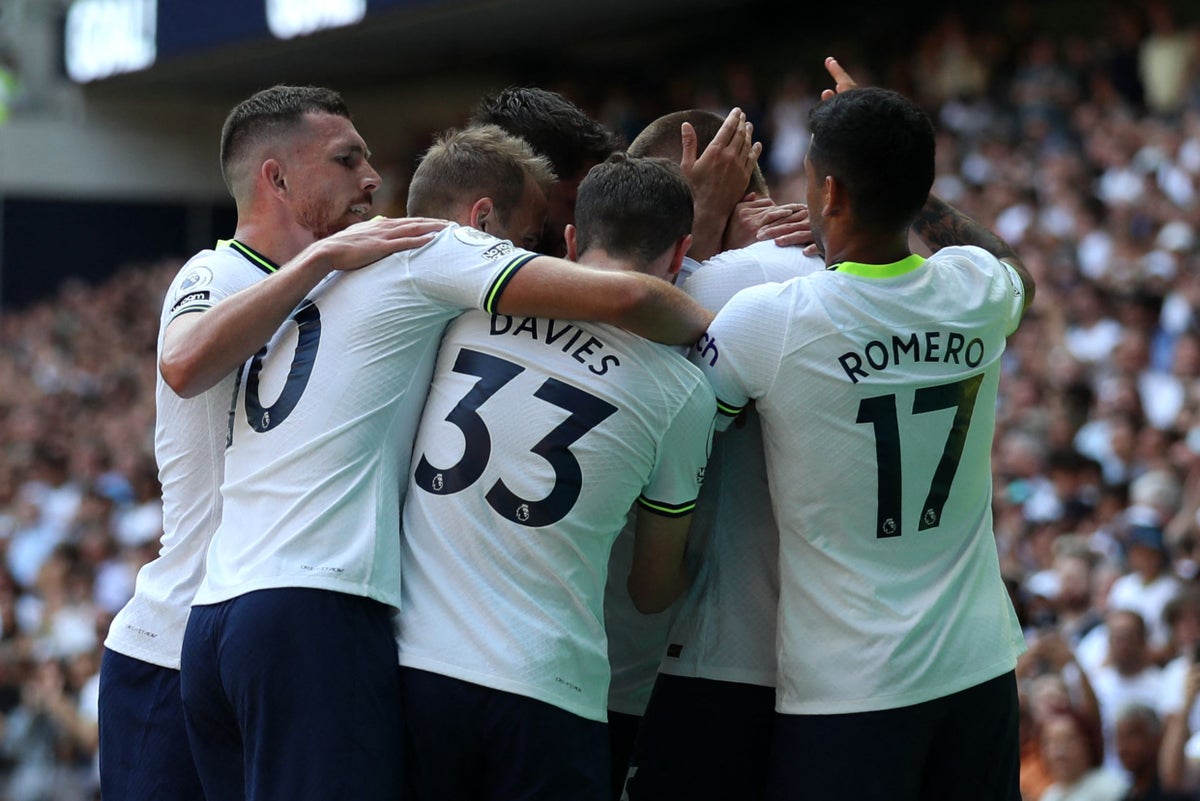 he new Premier League season is up and running, with Arsenal setting the early pace after a hard-fought 2-0 victory over London rivals Crystal Palace on opening night.

Gabriel Martinelli scored the first goal of a competitive and entertaining first contest at Selhurst Park, glancing home a first-half header after a clever set-piece routine that had seen new signing Oleksandr Zinchenko head a corner back across goal. Bukayo Saka wrapped up the three points late on as Marc Guehi turned his cross into his own net.

Liverpool, last season’s runners-up, failed to make a strong start on Saturday lunchtime when they drew at newly-promoted Fulham in their opener, with champions Manchester City wrapping up the weekend at West Ham the following day.

There is much expected of Tottenham, who have spent well and impressed during Antonio Conte’s first pre-season with the squad, and they brushed aside Southampton on Saturday. A few hours later, Chelsea, under new ownership and with the likes of Raheem Sterling and Kalidou Koulibaly in their ranks, beat Frank Lampard’s Everton thanks to a Jorginho penalty.

It’s another new era at Manchester United and the fans will hope that manager Erik ten Hag can oversee a quick improvement after an utterly miserable season last term. They host Brighton on Sunday before the final match at the London Stadium.

Here’s how the early table looks…

Follow all the Premier League action LIVE all season with Standard Sport.