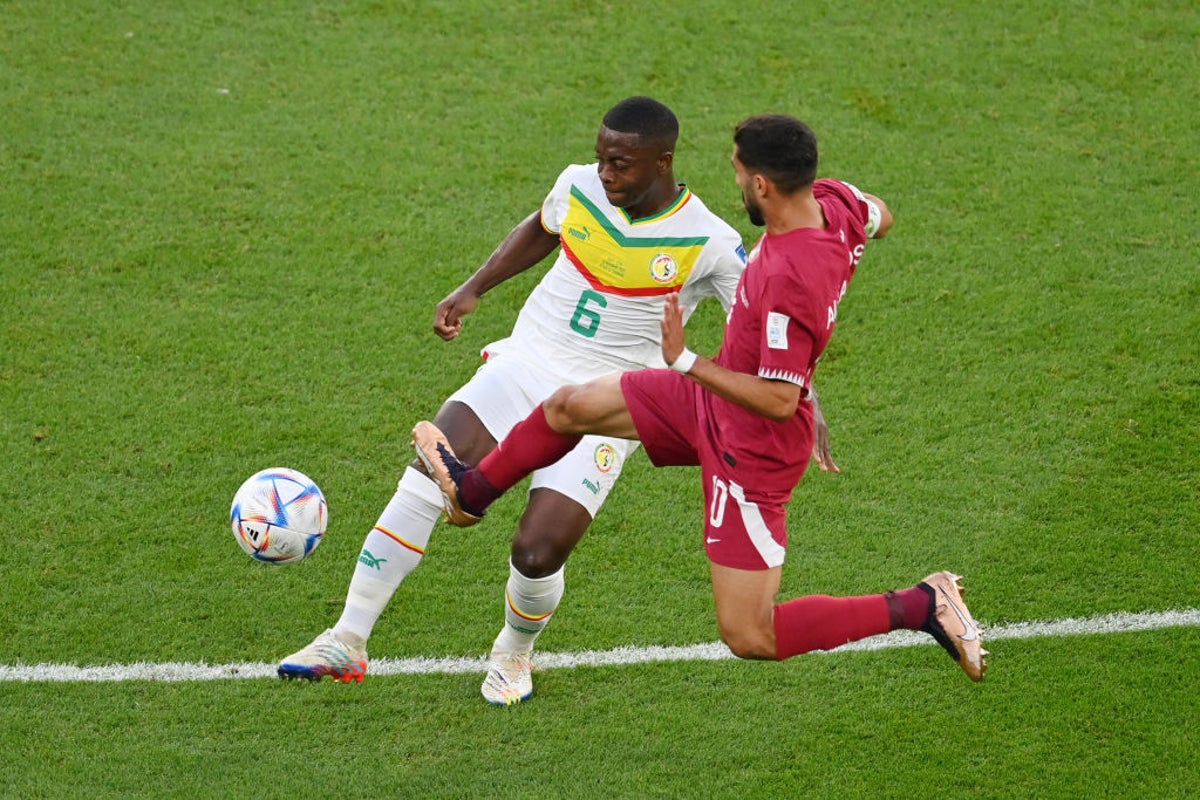 Both teams will be desperate for a win as Group A resumes at the World Cup this afternoon. Both of these sides lost their opening matches and cannot afford another defeat here if they want to reach the knockout stages. Qatar in particular will want to show that their years of preparation for a home tournament were not in vain following that lacklustre opening effort against Ecuador in last weekend’s curtain-raiser.

Senegal delivered a far more spirited performance against the Netherlands meanwhile, but the result – a 2-0 defeat – was the same as they notably lacked cutting edge without injured superstar Sadio Mane and shipped two late goals in a heartbreaking turn of events. The reigning champions of Africa need to re-focus quickly in their attempts to emulate their 2002 vintage, who memorably reached the quarter-finals on their World Cup debut.

With Netherlands vs Ecuador later likely to be a shootout for top spot in the group, the stakes are very high in this one. Follow Qatar vs Senegal live below, with expert analysis from Nizaar Kinsella at Al Thumama Stadium.

37 mins: Someone remind these two teams they lost their first games, and a win would be really helpful.

34 mins: A pretty decent appeal for a Qatar penalty. Not given, but VAR will take a look.

31 mins: The ref is handing out bookings like dentists hand out stickers. Dia is shown a yellow after a fairly innocuous-looking challenge.

29 mins: A snap-shot from Sabaly after another questionable piece of goalkeeping by Barsham. It whizzes wide.

These are half chances for Senegal at the moment, nothing more.

27 mins: Qatar left-back Hassan is the latest to see his appeal for a corner waved away by the referee, after a decent run and long-range shot. The officials are missing some enormous deflections.

24 mins: That’s a bit better from Senegal and Gueye gets a shot away, firing just wide of the post. A nice give-and-go.

23 mins: Senegal send in a set piece, with a little shimmy before the kick comes in to distract the Qatar defence.

20 mins: Mohammad gets the first booking of the game. Looked to be a harsh one, actually.

There’s a sedate feeling to this game, but maybe that’s just in comparison to the end of the Iran versus Wales game.

19 mins: Gianni Infantino is here for this one. Wonder if he feels Qatari or Senegalese today?

The host nation are enjoying a rare foray forward.

17 mins: Barsham is called into action for the first time, after a near post shot from Diatta storming down the Senegal left.

The corner is whipped in right-footed and Barsham was left in no-man’s land trying to claim that. There’s a couple of players down after a collision.