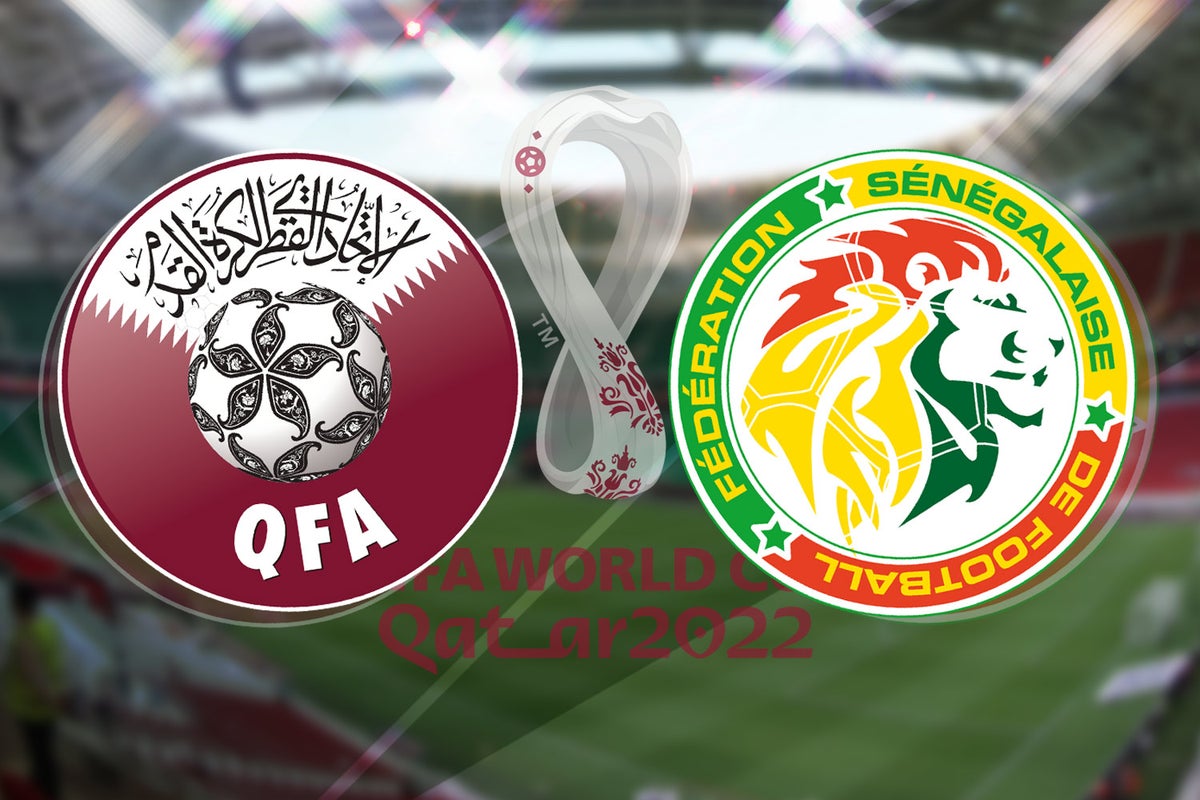 fter falling to a tame defeat in the opening match of the World Cup, hosts Qatar look to get things back on track against Senegal.

Aliou Cisse’s side were also beaten in their opening Group A fixture, battling hard until deep in their encounter against the Netherlands before conceding twice late on.

On the evidence of that game, Cisse’s team will be tough to break down throughout the tournament but the manager could seek more creativity from his side, particularly with Sadio Mane ruled out of the World Cup.

Qatar’s drab debut rather left home fans wanting, and defeat against Senegal would all but eliminate them from contention with only the Dutch still to play.

Here’s everything you need to know ahead of the game.

The Al Thumama Stadium in Qatar will host the match.

Where to watch Qatar vs Senegal

TV channel: In the UK, the match will be televised free-to-air and live on BBC One, with coverage beginning at 12.45pm GMT.

Having failed to register a shot on target against Ecuador, there may be changes to the Qatar team for their second fixture of the tournament, though it is not thought that Felix Sanchez has to contend with any fresh injury concerns. Saad Al Sheeb endured a difficult evening in goal but a change to Meshaal Barsham does not seem likely.

Cheikou Kouyate twisted an ankle in Senegal’s defeat to the Netherlands, with Aliou Cisse confirming after the game that the experienced midfielder required further checks after being carried off on a stretcher. An injury of any significant severity will almost certainly rule him out of this game, with Abdou Diallo also a doubt.

Senegal will have been disappointed to concede twice late on against the Netherlands and should have enough quality to beat the hosts.

Qatar and Senegal have never met each other in a competitive fixture.

5 Letter Words with TCH in the Middle – Wordle Clue