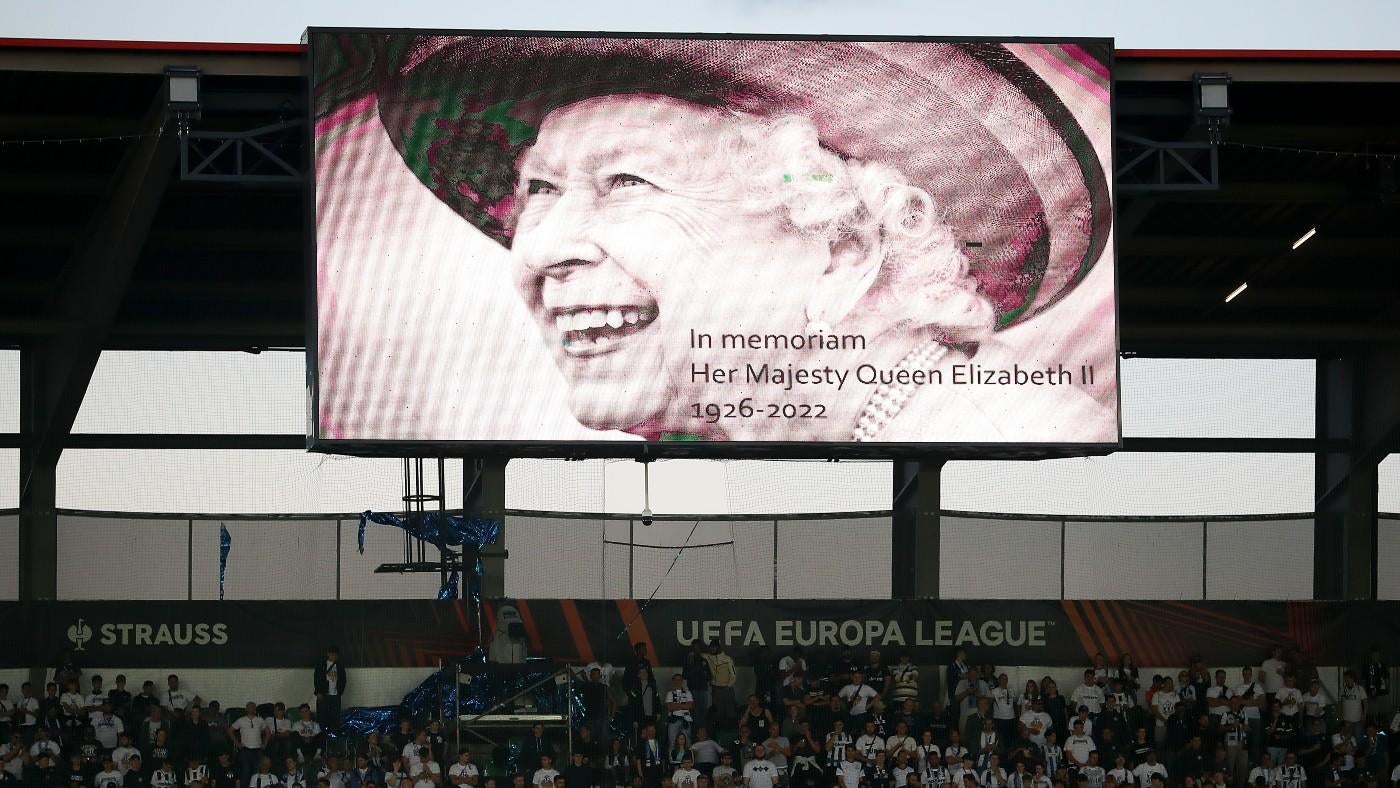 British sports paid tribute to Queen Elizabeth II after her death on Thursday with football’s governing bodies in discussion with the government as to the status of events for this weekend and beyond. Sporting events scheduled for Friday have already been postponed, including two fixtures in the English Football League (EFL).

Buckingham Palace announced earlier on Thursday that the Queen, Britain’s longest reigning monarch, had passed away peacefully at the age of 96. The country, as well as the other 14 nations of which Elizabeth was sovereign, will now enter a period of mourning.

The Department for Culture, Media and Sport will meet with sporting bodies on Friday morning to offer guidance on the status of this weekend’s events, which include a full schedule for English and Scottish football. Two EFL fixtures — Burnley vs. Norwich in the Championship and Tranmere Rovers vs. Stockport County in League Two — that had been due to take place on Friday have now been postponed.

On Thursday, Europa League and Conference League matches involving British sides went ahead following consultation with competition governing body UEFA and the English Football Association (FA), given that news broke only an hour and a half before the later matches kicked off. Safety considerations were paramount in making the decision that the games should go ahead. Arsenal’s match away to FC Zurich had kicked off before confirmation of the Queen’s passing; prior to the game’s resumption for the second half, both sides undertook a minute of silence to pay tribute. Arsenal players wore black armbands.

Manchester United and West Ham United also observed a period of silence with players from the English clubs and their opponents wearing black armbands. Supporters at London Stadium chanted “God save the Queen.” Advertising hoardings at the London Stadium and Old Trafford were blacked out whilst flags were flown at half-mast “as a sign of our utmost respect” in Manchester United’s words.

A statement from the club said: “Manchester United shares the sorrow of the entire nation following the announcement from Buckingham Palace on the passing of Her Majesty, The Queen. The club recognizes her immense contribution to public life, including sport, both here in the United Kingdom, across the Commonwealth, and around the world. Everyone connected with Manchester United joins the wider football family in sending our deepest condolences and heartfelt sympathy to The Royal Family.”

It remains to be seen whether any further matches scheduled for this weekend will take place. The EFL — which is responsible for fixtures in the second, third and fourth tiers of English football — said: “A determination regarding the remainder of this weekend’s scheduled fixtures will be made following a review of the official mourning guidance, in addition to further consultation with DCMS and other sports on Friday morning.”

Government guidance for the death last year of the Queen’s husband, the Duke of Edinburgh, left it up to individual sporting bodies to decide whether to postpone fixtures. When the previous monarch George VI died in 1952 football matches went ahead with hymn “Abide With Me” sung before kickoff. Rugby and hockey matches were postponed.

Away from football, further sporting events in the United Kingdom that have been scheduled for Friday have already been postponed. Those include the PGA Championship event at Wentworth and the second day of the cricket Test match between England and South Africa at Lord’s, London. All horse racing events due to take place tomorrow have also been canceled.

A minute’s silence will be held before the first practice round at this weekend’s Italian Grand Prix. Formula One chief executive Stefano Domenicali said:  “Formula One mourns the passing of her majesty Queen Elizabeth II. For more than seven decades she dedicated her life to public service with dignity and devotion and inspired so many around the world.

“Formula One sends its deepest condolences to the royal family and to the people of the United Kingdom and the Commonwealth.”