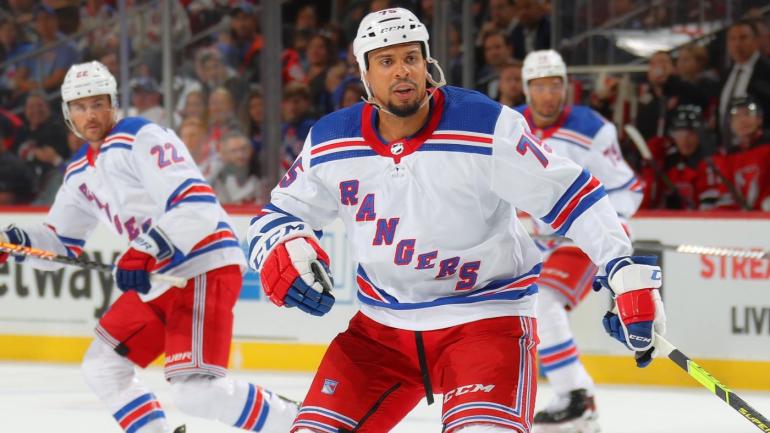 The New York Rangers have traded forward Ryan Reaves to the Minnesota Wild in exchange for a 2025 fifth-round draft pick, according to Michael Russo of The Athletic.

Reaves only played 12 games for the Rangers this season, and he failed to tally a point. Reaves struggled to crack the lineup, and he requested a trade while the team was in Los Angeles for its game against the Kings, according to Mollie Walker of NHL Network.

In July of 2021, the Vegas Golden Knights traded Reaves to the Rangers, and he played in 69 games for the team last season, totaling five goals and 13 points. In the Rangers’ run to the Eastern Conference final, Reaves played in 18 games but didn’t record a point.

In his 13-year NHL career, Reaves has scored 54 goals and added 64 assists while playing for four different teams.

By trading Reaves, the Rangers opened up $1.75 million in salary cap space. That could prove useful if the team tries to make a move ahead of the 2023 NHL trade deadline on Mar. 3.

Amidst a disappointing start to the 2022-23 season, the Wild are sixth in the Central Division and searching for answers. Perhaps Reaves can inject some energy into the bottom of the team’s lineup.