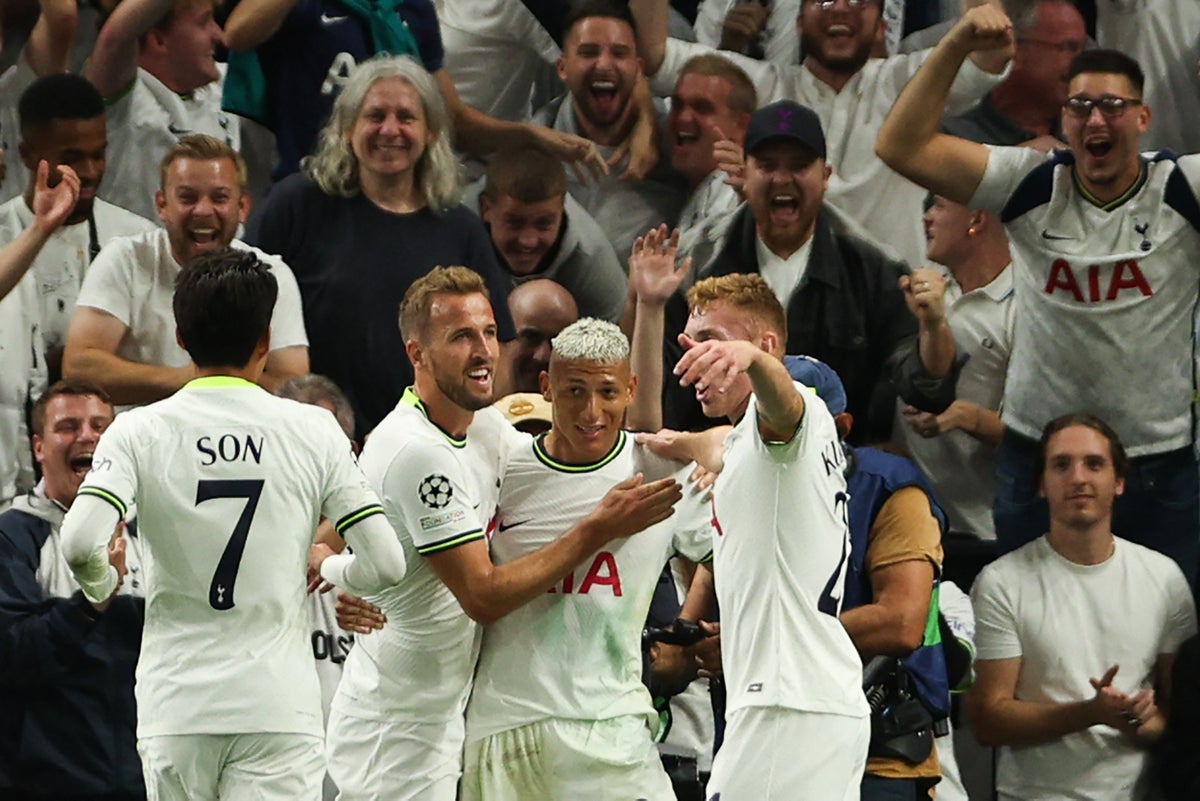 ew players can ever have established themselves as fan-favourites at Tottenham quite as quickly as Richarlison, whose popularity will continue to increase rapidly after he scored both goals in their 2-0 win over Marseille on Wednesday.

Spurs were making hard work of their return to the Champions League against the ten-man Ligue 1 side until the Brazilian’s brilliant pair of headers in the final 15 minutes.

The £60million summer signing from Everton will surely now keep his place for Saturday’s visit to champions Manchester City, despite Harry Kane, Heung-min Son and Dejan Kulusevski leading Spurs to a 3-2 win at the Etihad Stadium in February.

Until the visit of Marseille — Spurs’ first game in the Champions League since March 2020 — Richarlison had suggested he would add intensity and fight to Antonio Conte’s front three with a series of bright appearances from the bench, backed up by an impressive full debut against Fulham on Saturday.

Against OM, however, he proved he can also add killer instinct and instinctive finishing, with his two well-taken headers ultimately proving the difference between the sides in a game of few chances, which turned on Chancel Mbemba’s red card at the start of the second half.

Richarlison first met Ivan Perisic’s cross on 76 minutes with a firm header to break the deadlock and release the tension around the Tottenham Hotspur Stadium.

His second goal from Pierre-Emile Hojbjerg’s cross was even better, an unstoppable thump with the side of his head which went in off the inside of the post.

In a stodgy first-half, in which Spurs were sloppy and second best, Richarlison had also been their best player, linking midfield and attack well and helping to create their only chance of note, which Kane sent beyond the far post.

Spurs had more of the ball in the second half after Mbemba was shown a straight red card moments after the restart for a lunge on Son, with the defender adjudged to be the last man.

The burst of speed was the South Korean’s most notable contribution in another hesitant display and his place is surely under threat on Saturday, particularly after Kulusevski made a positive difference from the bench for the final 30 minutes.

Spurs’ front three have been the best in the Premier League since Kulusevski joined Kane and Son in February, but Richarlison is already justifying his club-record fee and has surely done enough to win a starting place for what is the toughest game of the season on paper this weekend.