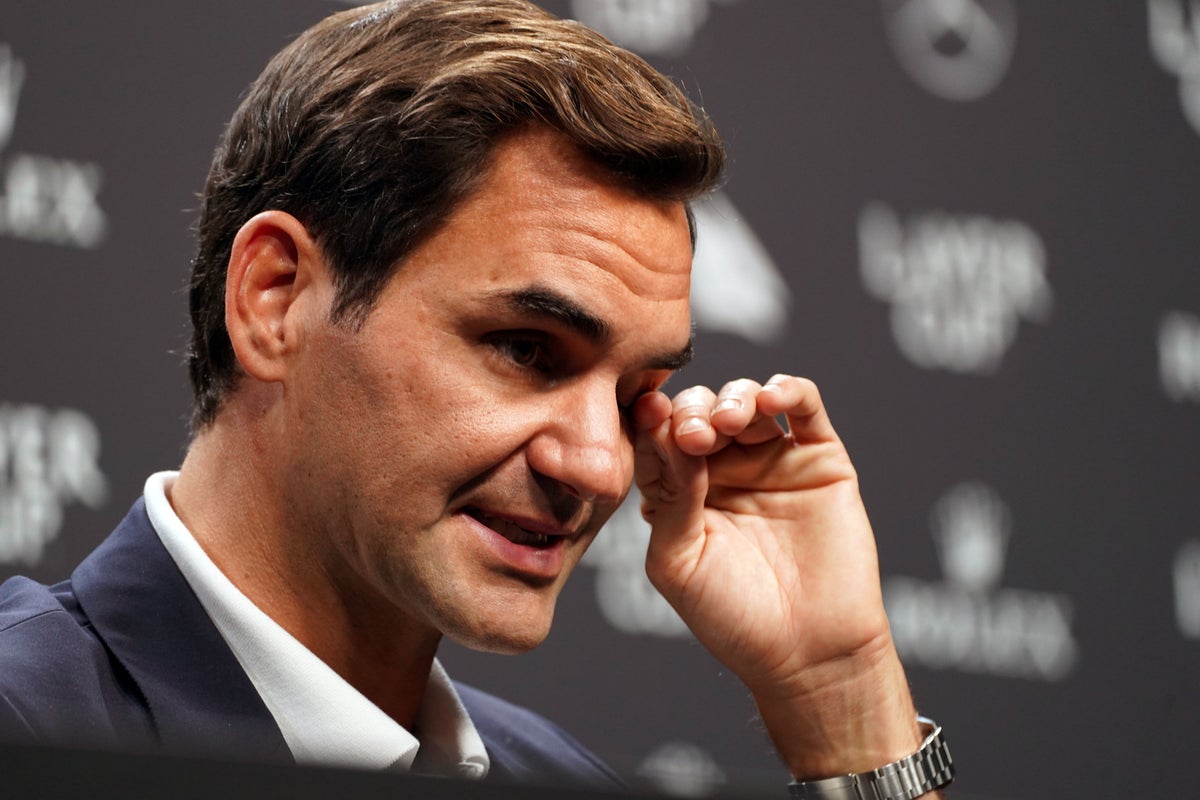 oger Federer will officially bring the curtain down on his illustrious career on Friday in the doubles at the Laver Cup.

There had been doubts over the 20-time Grand Slam winner participating at all in the event at the O2 in London. Although he ruled himself out of playing a singles rubber, he will compete in the doubles on the opening day.

And he said he hoped Team Europe captain Bjorn Borg would play him alongside his long-time rival Rafael Nadal.

Federer revealed he had to get special dispensation from Borg, Team World captain John McEnroe and the ATP to enable him to make an appearance in the doubles only.

“Everyone said, ‘that’s fine’, so here I am trying to prepare for one last doubles and we’ll see who it is,” he said. “I’m obviously nervous going in because I haven’t played in so long and I hope I can be somewhat competitive.”

Federer’s career is perhaps best defined by his rivalry with Nadal, who has struggled with injuries of his own in recent years. And the Swiss player said it would be apt to bow out playing with the Spaniard, renewing a doubles partnership from Laver Cups past.

“It could be quite a unique situation if it were to happen,” he said. “For as long as we battled together we had this respect for one another, the families, our coaching teams, we always got along really well.

“To go through the career we’ve both had, come out the other side and have a nice relationship is a great message not just to tennis but sports and beyond. For that reason, it would be great. It obviously would be special.”

Federer had knee surgery after Wimbledon last year, having bowed out in the quarter-finals against Hubert Hurkacz. His rehabilitation had come with a view to playing once more at the tournament where he was an eight-time winner.

But he realised quickly after the 100-year anniversary of Centre Court in the summer, where he received a standing ovation, that his career was being brought to a close after failing to overcome issues with the knee.

Speaking at a press conference at the O2 this morning, he said he had toyed with making his announcement at the US Open, where Serena Williams also declared her intention to walk away from the game. But he concluded that bowing out in front of packed stands in London was the appropriate farewell.

Of choosing the capital and the Laver Cup for his swansong, he said: “That was clearly part of my thinking… where is the place. I’m happy to do it here in London.

“This city has been special to me, maybe the most special with Wimbledon down the road and here. I’ve always enjoyed the crowds here. Having all the other guys around felt like I wasn’t going to feel lonely in my retirement. I’m happy with the decision. I know it’s the right one.”

5-Letter Words Starting with ‘RE’ and Containing ‘A’