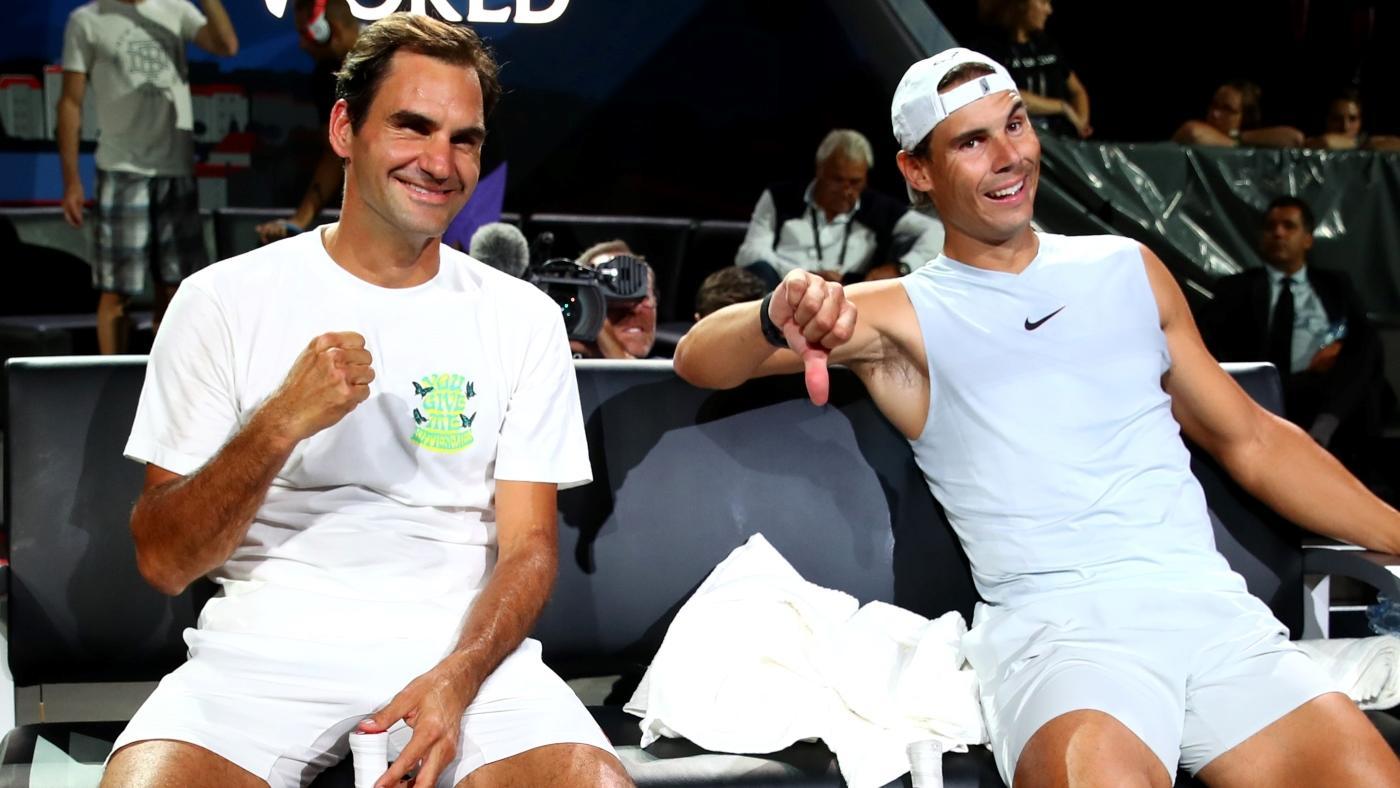 Roger Federer is pairing up with Rafael Nadal as he plays the last ATP match of his career at the Laver Cup on Friday as they represent Team Europe. The draw, announced Thursday, has them playing against Americans Frances Tiafoe and Jack Sock representing Team World.

The event is taking place in London, which is the same city in which Federer has registered eight Wimbledon singles titles, an all-time men’s record. The 20-time Grand Slam champion said he will only play one match, and that 26-year-old Matteo Berrettini from Italy will take his place for the rest of the competition. This is due to Federer’s ongoing injury issues.

How to watch Federer/Nadal vs. Sock/Tiafoe

Date: Sept. 23 Time: *3:30 p.m. ET (following the conclusion of the prior match)Location: The O2 Arena in LondonWatch: Tennis ChannelStream: fuboTV (try for free)

Friday will not be the first time Nadal and Federer find themselves on the same side of the court. They played together at the very first Laver Cup in 2017, and Sock was also one of their opponents. Before that, they had only practiced together once, because, as Federer said back then, they were “always and forever be rivals” as long as they were both are active.

During their 2017 press conference, Nadal said that the inaugural Laver Cup was an “ideal” day to finally play together. Now, it’s hard to argue that the same can’t be said about Friday’s match.

In total, Federer and Nadal have met 40 times over the course of their careers, 14 of those in Grand Slams. They gave fans instant classics such as the 2008 Wimbledon Final.

The third member of the Big Three of men’s tennis, Novak Djokovic, will also be participating this weekend. The Serbian veteran played against Federer on 50 occasions. He said he understands that this weekend is a competition, but that there is no doubt Federer is the most important storyline on everyone’s mind.

“Most of us have watched and admired Rogers’ success and achievements… we will do our best to contribute to the team and have a good performance, but at the same time, marvel and celebrate his career because he deserves it in a great way,” Djokovic said.

Federer and Nadal are set to play on Friday’s night session, which begins at 2 p.m. ET. Their match is likely to start around 4 p.m. ET. The match will be available on the Tennis Channel.

What to watch in February 2023: 15 new movies and shows streaming on Netflix, Apple,…

Home made of logs Crossword Clue

Reached the limit, with ‘out’ Crossword Clue

Feb 1, 2023
RSS Error: WP HTTP Error: cURL error 28: Connection timed out after 10003 milliseconds
RSS Error: A feed could not be found at `https://kylejimenezart.com/feed/gn`; the status code is `404` and content-type is `text/html`
generic cialis online
Sign in
Sign in