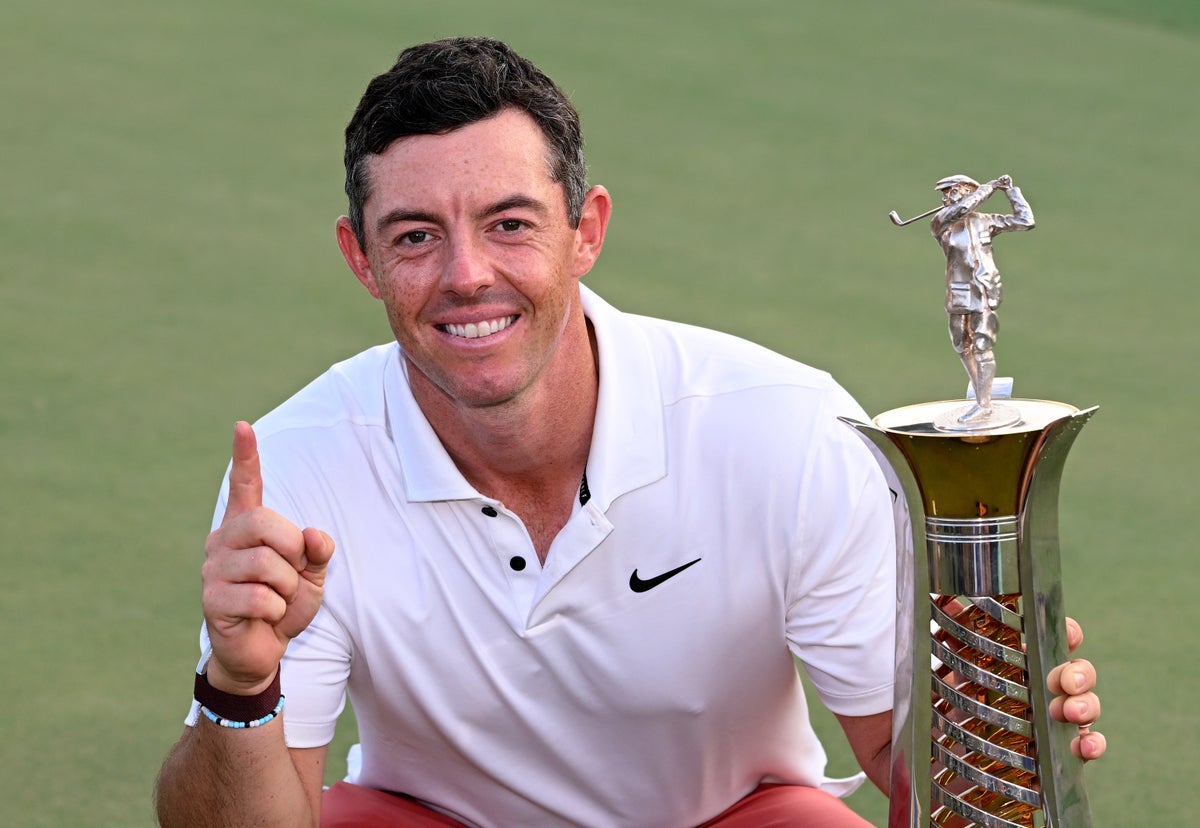 ory McIlroy believes he is as good a player as he has ever been after finishing the year as European number one.

The Northern Irishman finished fourth at the season-ending DP World Tour Championship, four shots off winner Jon Rahm, but it was enough for him to finish top of the rankings and win the Harry Vardon Trophy for the first time since 2015.

It is the fourth time McIlroy has won the trophy and it never really looked in doubt in Dubai, with Matt Fitzpatrick having to finish runner-up at worst in the tournament to deny the 33-year-old. The Englishman finished in a tie for fifth.

McIlroy, who moved to the top of golf’s world rankings last month after winning the CJ Cup, also won the FedEx Cup on the PGA Tour earlier in the year, making him only the second player, after Henrik Stenson, to top the order of merit on both tours in the same season.

“I think one of the things I’m really proud of over the last few years is I don’t feel I have to rely on one aspect of my game,” McIlroy said. “I think if my driving isn’t there, then my putter bails me out.

“If my putter isn’t there, my iron play bails me out. I feel like when you get to this level it’s like, okay, how can you make those incremental improvements to get better? I think my goal has been to just become a more complete golfer and I feel like I’m on the journey to doing that.

“I’m as complete a golfer as I feel like I’ve ever been, and hopefully I can continue on that path.”

McIlroy has finished in the top eight in 13 of his last 16 starts worldwide, and has not finished outside the top 12 in any of his ten appearances on the DP World Tour this season.

The world number one was similarly impressive in the four majors, though just fell short in his bid to end the eight-year drought. He will be well-fancied to win one of golf’s biggest prizes in 2023.

“I was a model of consistency throughout the year and I think my worst finish in European Tour events was 12th at the start of the year in Abu Dhabi.

“It would have been nice to get one win in there at the end of the year but Jon played an incredible tournament and fully deserved it.”

It was Rahm’s third win at the Earth Course, after he also got the job done in 2017 and 2019. The Spaniard was unable to defend his title in 2020 due to Covid, and opted not to play in the tournament last year.

Rahm also won the Mexico Open, on the PGA Tour, and the Acciona Open de Espana earlier this year, with the 28-year-old more then satisfied with his efforts despite slipping to fifth in the world.

“Hopefully people can stop telling me that it was a bad year,” Rahm said.

How to find Mass Outbreaks in Pokemon Scarlet and Violet

5 Letter Words with RMBE in Them – Wordle Clue

5 Letter Words with RMAB in Them – Wordle Clue

How to Watch Memphis Grizzlies vs. Miami Heat: Live Stream,…

How to Watch The Tetris Murders: Stream Premiere Live, TV…