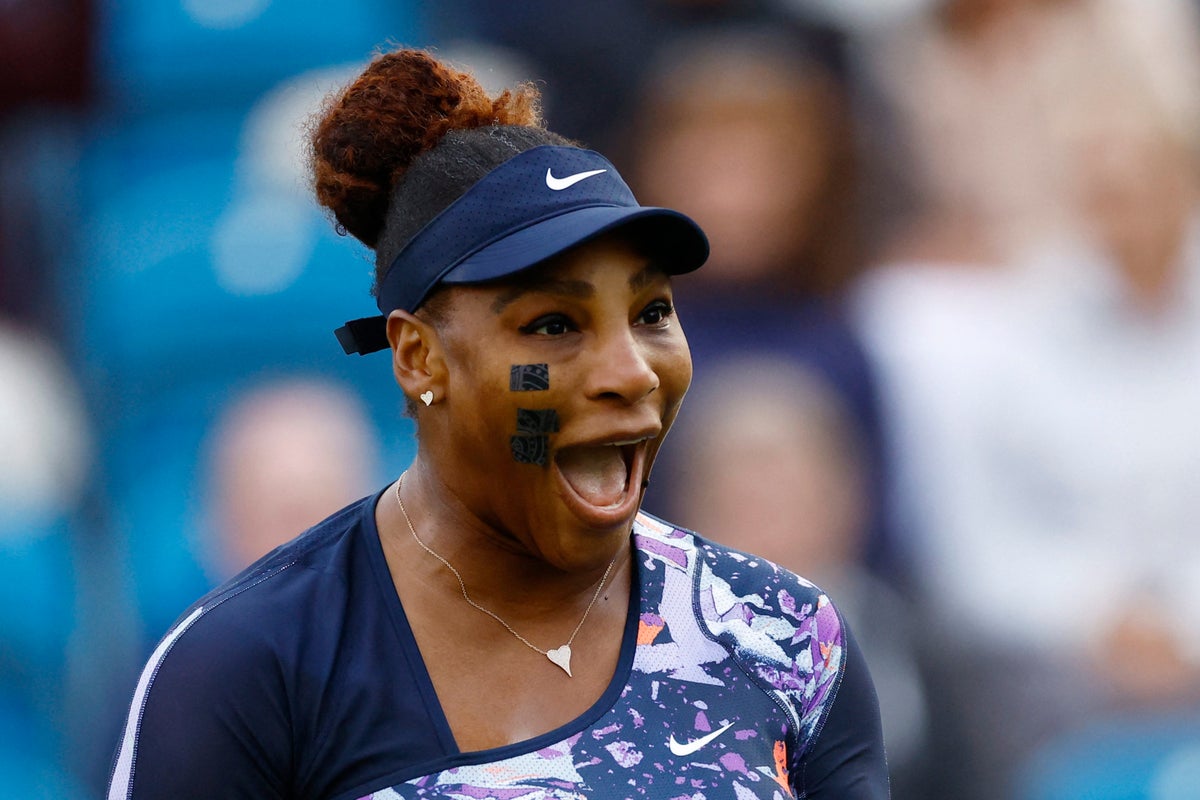 The 23-times major champion did admit, however, that her future on the circuit remained uncertain and that she had had doubts she would ever play again since limping out of her first-round match at last year’s Wimbledon in tears due to a leg injury.

Williams, 40, who has won seven Wimbledon singles titles, has taken a wildcard for SW19 and she kicked off her preparations with a doubles win with Tunisian Ons Jabeur, overcoming Marie Bouzkova and Sara Sorribes Tormo 2-6, 6-3, 13-11.

“You know what, I’m taking it one day at a time. I really took my time with my hamstring injury so I am not making a ton of decisions after this,” said Williams.

“Did I ever doubt I would return? Absolutely, for sure. I’d be dishonest if I said it wasn’t and now my body feels great.

“I definitely felt good out there and I was talking with Ons in the first set saying, ‘we’re not playing bad’, because they were just playing really good in that first set.

“But obviously winning, getting more balls and playing a little bit more made us feel a lot better. It definitely felt reassuring. It has been clicking in practice and now it seems like it’s clicking.”

The pair take on Shuko Aoyama and Chan Hao-ching in the quarter-finals tonight.

Speculation about her retirement from the game gathered pace when Williams, who has slipped down the world rankings to number 1,204, released her long-time coach Patrick Mouratoglou in April to train Romania’s Simona Halep.

Asked if she saw herself playing into the next year, Williams said: “I don’t know, I can’t answer that. But I love tennis and I love playing, or else I wouldn’t be out here, right? But I also love what I do off the court.”

Williams won the last of her 23 Grand Slam titles at the 2017 Australian Open and remains one shy of equalling Margaret Court’s record for the most Major singles titles. She reached the final at four Majors since returning to the tour after giving birth to daughter, Olympia, in 2017 but lost in straight sets on each occasion.

It was also a memorable day for the British contingent at Eastbourne yesterday, with Katie Boulter and Jodie Burrage securing career-best victories to reach the last-16.

Boulter kicked off proceedings with a dramatic 1-6, 6-4, 6-4 success over last year’s Wimbledon runner-up Karolina Pliskova. Boulter created 19 break points across two hours of tennis and while the helping hand of four consecutive double-faults by Pliskova aided her cause, she was well worth her victory.

Burrage then stunned world No4 and top seed Paula Badosa for the best result of her fledging career. The 23-year-old’s match took place on Court One while Serena Williams’s eagerly-anticipated comeback occurred next door, but the home favourite did not lack support.

Roared on with the sun setting, Burrage kept chipping away at the serve of the Spaniard and sealed a 6-4, 6-3 triumph in one hour and 13 minutes.

Meanwhile, Emma Raducanu will be seeded 10th for this year’s Wimbledon Championships — so long as she overcomes a side strain in time for Monday’s main draw. The 19-year-old was at Wimbledon’s Aorangi Park practice complex yesterday as she continues her recovery, two weeks after retiring from the Nottingham Open.

What Does The Key Swallowed By Mimic Do In Lost Ark