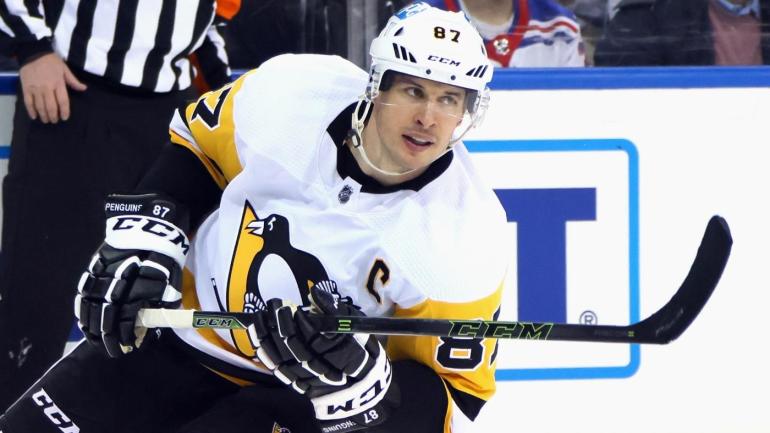 Pittsburgh Penguins captain Sidney Crosby returned to practice on Saturday after missing Game 6 of their first-round playoff series against the New York Rangers, according to the Pittsburgh Post-Gazette. Crosby’s return to practice shortly after suffering a concussion in Game 5 was a positive sign for Pittsburgh but Crosby’s status for Game 7 on Sunday remains uncertain.

Crosby suffered his concussion early in the second period of Wednesday’s Game 5, leaving the game after taking a hit to the face from Rangers defenseman Jacob Trouba while fighting for possession of the puck. Crosby left while the Penguins had a 2-0 lead in the game — and 3-1 series lead — and his team would end up losing both Games 5 and 6 to wind up in a winner-take-all situation at Madison Square Garden in a Game 7 on Sunday.

Although Penguins head coach Mike Sullivan was non-committal on Crosby’s status for Sunday, Crosby is said to be in “good spirits” and will travel with the team to New York.

“He’s in a good place,” Sullivan said of Crosby. “He’s doing his very best to get himself back and ready as quickly as he can. We’ll see how that process goes.”

Having Crosby back would make an enormous difference for the Penguins, as he has been a dominant force in his team’s playoff series against the Rangers. In four and a half games, Crosby has scored two goals and totaled nine points. He has also been an important counter to the Rangers’ scoring trio of Mika Zibanejad, Chris Kreider and Frank Vatrano, as the Penguins have outscored them 4-0 in five-on-five play when Crosby has been on the ice.

In addition, Crosby is also the very sort of player who thrives in Game 7 scenarios. In seven career Game 7s, Crosby has two goals and three assists.