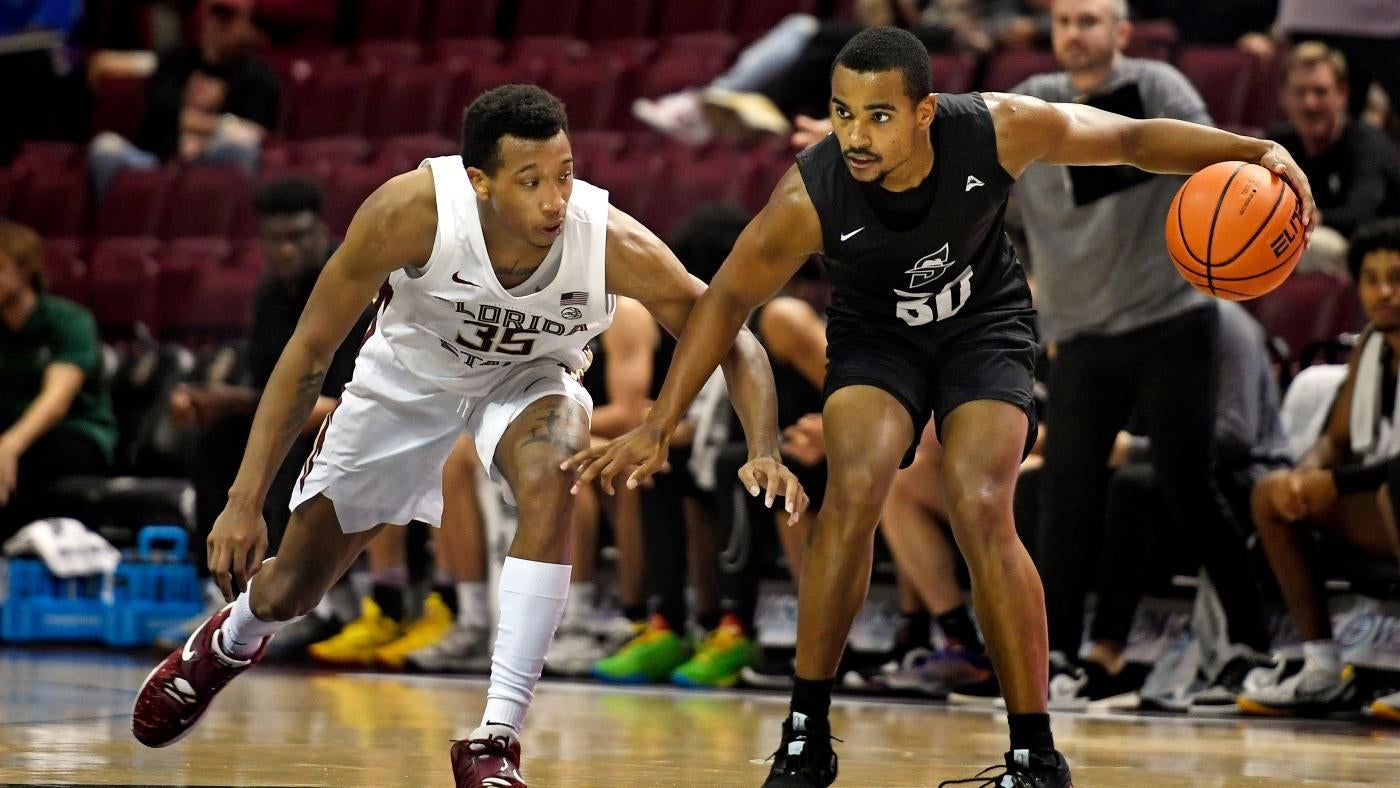 The Niagara Purple Eagles play their second consecutive ASUN opponent on Saturday in the 2022 Dublin Basketball Challenge when they take on the Stetson Hatters at the National Basketball Arena at Tallaght Sports Complex in Dublin, Ireland. The Purple Eagles (1-2) are coming off a 73-64 win over Central Arkansas in Ireland on Friday. Niagara finished tied for fifth in the Metro Atlantic Athletic Conference at 9-11 and 14-16 overall in 2021-22. The Hatters (3-0), who defeated Rider 78-68 on Friday in Dublin, also have victories over South Florida (68-67) and Florida State (83-74). Stetson finished sixth in the ASUN-East last year at 5-11 and was 11-19 overall.

Tip-off is set for noon ET. This will be the first-ever meeting between the schools. The Hatters are 1.5-point favorites in the latest Niagara vs. Stetson odds from Caesars Sportsbook, while the over/under for total points scored is set at 128.5. Before making any Stetson vs. Niagara picks, be sure to see the college basketball predictions and betting advice from SportsLine’s proven computer model.

The SportsLine Projection Model simulates every Division I college basketball game 10,000 times. Over the past six years, the proprietary computer model has generated an impressive profit of more than $1,200 for $100 players on its top-rated college basketball picks against the spread.

Now, the model has set its sights on Stetson vs. Niagara and just locked in its picks and CBB predictions. You can visit SportsLine now to see the picks. Here are the college basketball odds and betting lines for Niagara vs. Stetson:

Why Stetson can cover

The Hatters, who are 3-0 for the first time since 2000-01, are led by sophomore guard Luke Brown. Brown, a transfer from Ball State, is averaging 18.3 points, 3.6 rebounds and two assists per game. He has scored 20 points or more in two games, including a 27-point performance at Florida State on Nov. 7. At Ball State last season, he saw action in 18 games, averaging 12.4 minutes per game. He played at Blackford High School and finished his prep career as the No. 4 all-time scorer in Indiana High School history with 3,011 points.

Junior guard Stephan Swenson has reached double figures in two consecutive games, and is averaging 12 points, 6.3 assists, 3.3 rebounds and one steal per game. His best game so far was in the win at South Florida, when he scored 15 points, grabbed three rebounds and dished out three assists. Swenson played in all 30 games last season, making 27 starts. He averaged 7.2 points per game and led the Hatters with 5.3 assists per game.

Why Niagara can cover

Junior guard Braxton Bayless is averaging 11.7 points, six rebounds, four assists and 1.3 steals per game. He tied a season-high with 14 points in Friday’s win over Central Arkansas. He had a 14-point, six-rebound and six-assist performance at Maryland on Nov. 7 in the season opener. Bayless helped lead Indian Hills Community College to a 27-6 record in 2021-22 and to a 53-11 mark in his two years there. He averaged nine points, 4.1 assists and 3.3 rebounds per game last year, playing in 32 games and starting in 23.

Also powering Niagara is senior guard Noah Thomasson, who is averaging 14.3 points, 3.3 rebounds and 2.7 assists per game. He scored 29 points against Central Arkansas on Friday. Last season, Thomasson played in 30 games, starting 29, and averaged 10.8 points, 3.4 assists and 2.8 rebounds per game. His season-high last year was a 27-point effort against Marist on March 5.

How to make Niagara vs. Stetson picks

SportsLine’s model is leaning Over on the total, projecting 137 combined points. The model also says one side of the spread hits well over 50% of the time. You can see the picks here.