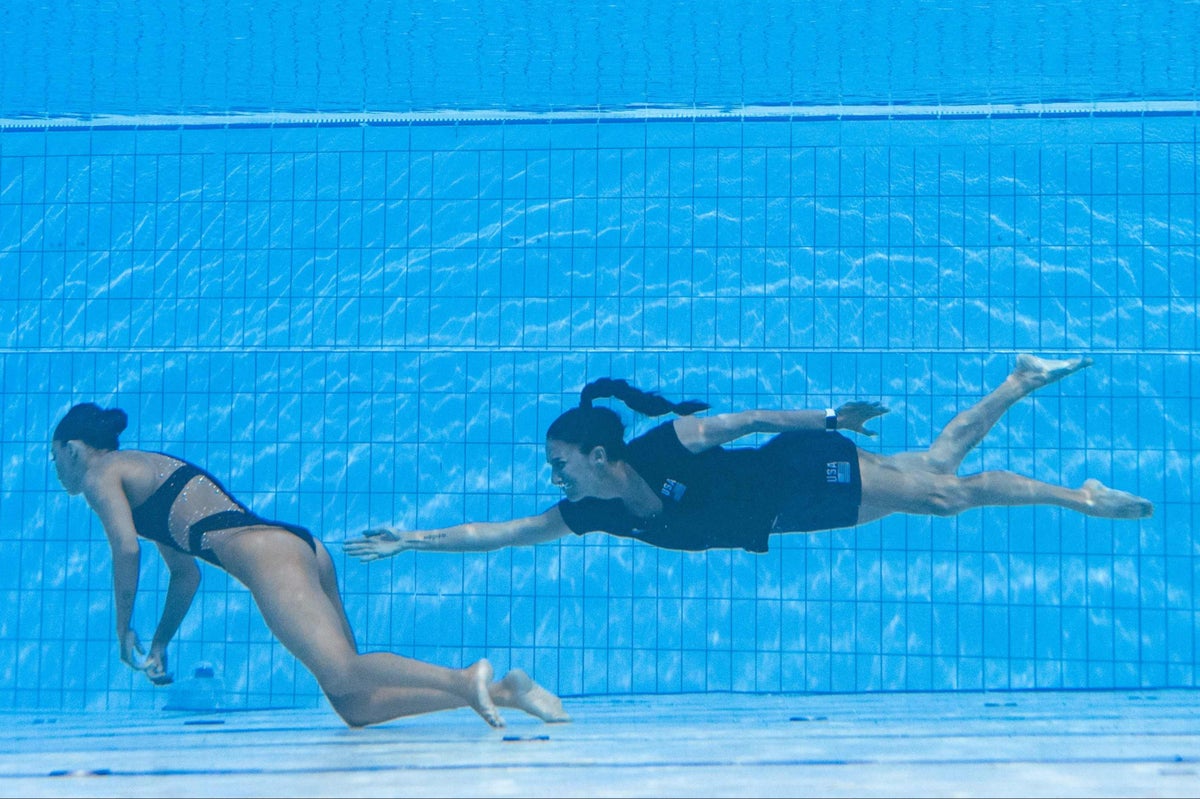 his is the moment a swimming coach drags American swimmer Anita Alvarez off the bottom of the pool after she fainted during her routine at the World Aquatics Championships in Budapest.

Andrea Fuentes claimed that lifeguards weren’t entering the water so she had to rescue Alvarez herself after she sunk to the bottom of the pool during Wednesday night’s solo free final.

In a series of shocking photos of the rescue, the coach plucks Alvarez’s limp body floating to the pool floor, grabs her from behind and drags the swimmer to the surface.

“It was a big scare. I had to jump in because the lifeguards weren’t doing it,” Fuentes was reported as saying by Spanish newspaper Marca.

“I was scared because I saw she wasn’t breathing, but now she is doing very well,” she added.

Alvarez was taken on a stretcher to the pool’s medical centre, with teammates and fans appearing to be in shock poolside.

Fuentes, a four-time Olympic medallist, told Spanish radio that Alvarez had fainted due to the effort expended during the routine.

“She only had water in her lungs, once she started breathing again everything was OK,” said Fuentes.

“It felt like a whole hour. I said things weren’t right, I was shouting at the lifeguards to get into the water, but they didn’t catch what I said or they didn’t understand.

“She wasn’t breathing … I went as quickly as I could, as if it were an Olympic final.”

How to Watch Track and Field: U.S. Outdoor Championships:…

How to Watch Trenton BIC at Baltimore Gators: Live Stream,…