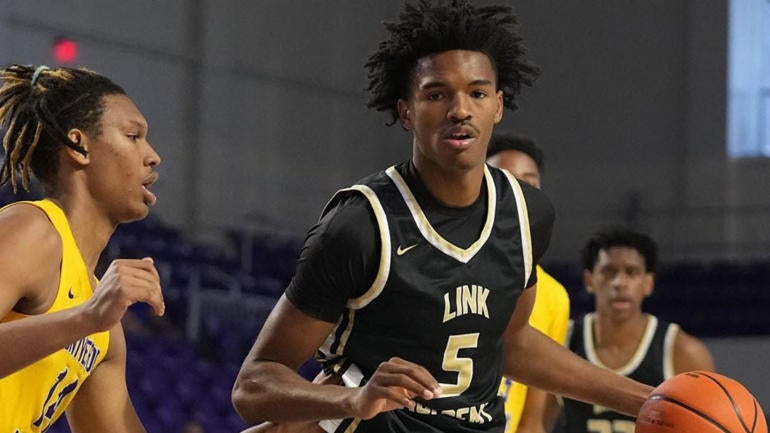 Tennessee picked up a commitment from the highest available prospect in the Class of 2022 on Thursday when Julian Phillips chose the Volunteers over Auburn, G League Ignite and other collegiate and professional options in a ceremony on CBS Sports HQ. Phillips came in at No. 18 in the final Class of 2022 prospect rankings released by 247Sports on Wednesday.

The 6-foot-8 wing from Blythewood, South Carolina, is ranked even higher by the 247Sports Composite, which slots Phillips as the No. 12 overall player and No. 4 small forward in the class. His commitment vaults Tennessee’s recruiting class from No. 77 to No. 36 in the 247Sports team rankings for the 2022 recruiting class.

“I picked Tennessee because I have a great relationship with Coach Barnes, Coach Gainey and the rest of their staff,” Phillips said on CBS Sports HQ. “I took my visit down there a few months ago. The campus and everything is beautiful. In their system, I can do well next year. That’s why I chose them.”

Phillips was committed to LSU before the Tigers parted with coach Will Wade after receiving a notice of allegations over multiple Level I NCAA violations. LSU released Phillips from a signed letter of intent shortly after its decision to part with Wade in March.

Though he’s from South Carolina, Phillips played his last season of high school basketball at Link Academy in Branson, Missouri. Aside from his five-star prospect billing, Phillips also holds the distinction of being named a McDonald’s All-American. He is regarded as one of top long-term prospects in the class by 247Sports director of scouting Adam Finkelstein.

Here is a further evaluation of Phillips from a recent piece by Finkelstein:

While most credible evaluators agree that Julian Phillips is one of the top prospects in the class, within the range, it is appropriate that there is a fairly diverse set of opinions. It all depends on your criteria, because his potential still exceeds his production. However, that potential is vast. He has positional size, skill, athleticism, and extreme fluidity. He shoots a soft ball and has all the physical tools necessary to be a competent defender. But, he’s not close to a finished product yet. There are still too many games that end without him making his mark in a manner consistent with his abilities.

How to watch Henri Laaksonen vs. Benjamin Hassan at the Gonet Geneva Open