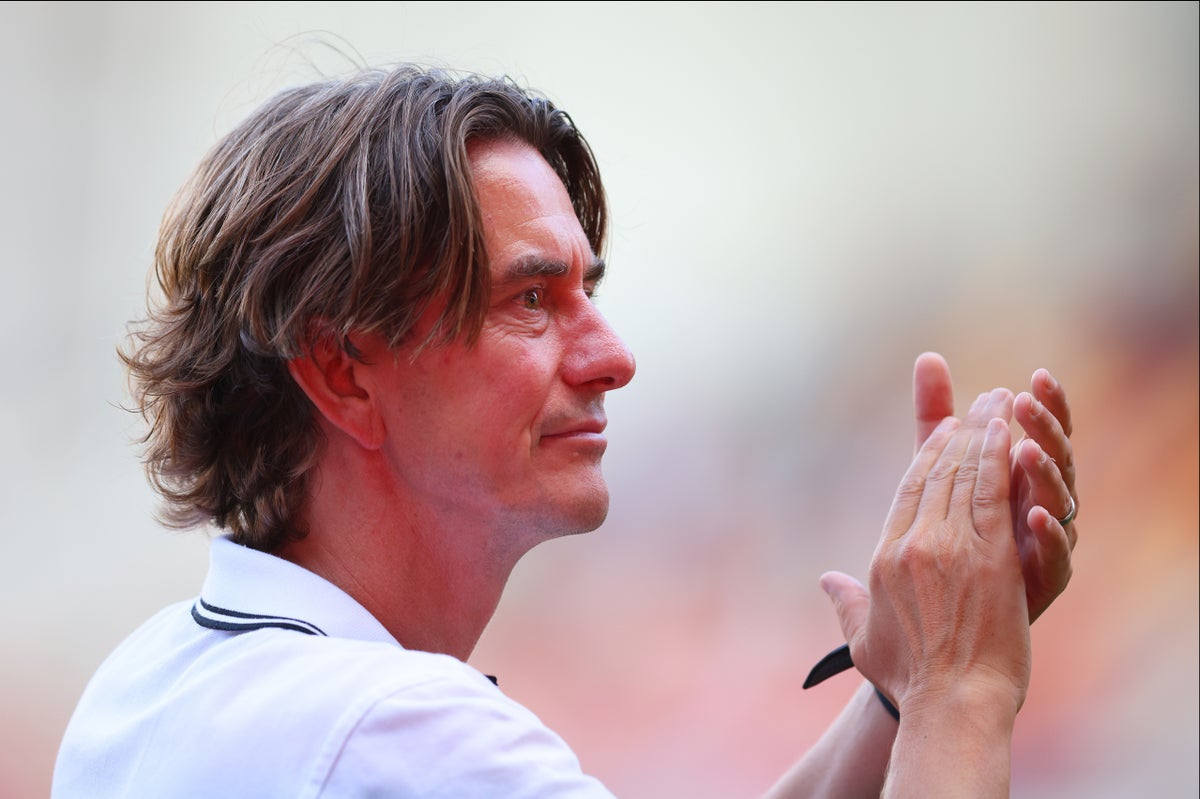 Following Graham Potter’s move to Chelsea, the 48-year-old had been linked with a move to the south coast.

Having worked in a similarly data-driven system to that of Brighton’s in west London, Frank had been touted as a potential replacement.

The Dane’s stock is high after leading the club to their first-ever Premier League promotion, claiming some big results against the division’s leading team in the process.

Still, Frank believes there is still work to do at Brentford and played down any suggestions he could look to leave.

“A lot of unfinished business to do here. We have started the season well and big potential at the club, so that’s what my focus is and my focus is on the Southampton game.”

Of Potter’s move to Brighton, he said: “I am very happy for Graham that he got the chance at a club like Chelsea.

“The easy pick would be to go for (Mauricio) Pochettino or (Zinedine) Zidane, no disrespect.

“Two great, great coaches of world football and well known for what they have done but I am so pleased a coach like Graham, who has done in many, many ways a different route got acknowledged for the good job he has done and now gets the chance to compete at a club with Champions League football.”