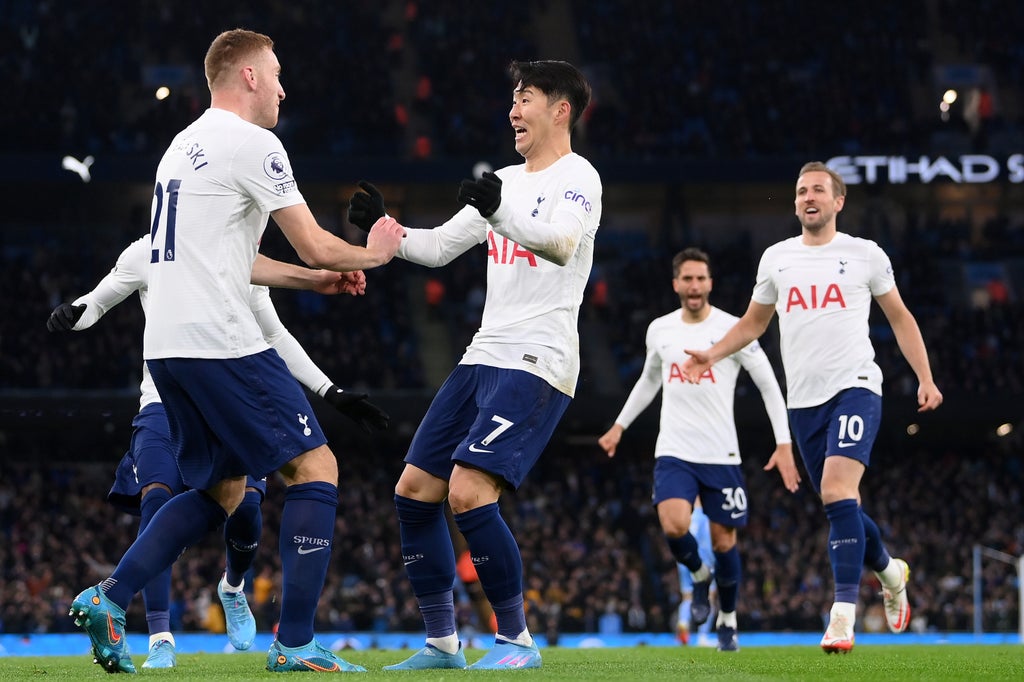 Conte described the way the Premier League handled postponements, which has subsequently changed, as “a mess” and he had not cooled down in March, when Mikel Arteta moaned about the tight turnaround between some of Arsenal’s fixtures.

“If someone wants to think about fair or unfair, [it was] postponed the game, Tottenham v Arsenal, if you remember,” he said. “I don’t forget this.”

Conte has cut a more measured and reserved figure this week when asked about the January postponement, which came about after Arsenal had cited a depleted squad due to Covid, and perhaps that is because it is no longer as clear who has benefited most from the rescheduling.

In January, it felt like Arsenal were the big winners. Although they had only one Covid case, their squad had been decimated by injuries and players being away at the Africa Cup of Nations. They were also reeling from a late defeat by Manchester City and being knocked out of the FA Cup by Nottingham Forest.

Since then, though, there is an argument that Tottenham’s advantages from the original fixture being moved have grown as the weeks have gone by. They, too, had fitness issues back in January, with centre-backs Cristian Romero and Eric Dier both out. Crucially, forward Heung-min Son was absent as well.

All three will start tonight and that cannot be overlooked. Dier has brought a calmness to Spurs’ back three, while Romero is enjoying a fine second half of the season and showing why he was so highly regarded in Italy.

And then there is Son, whose tally of 20 Premier League goals this season is bettered only by Mohamed Salah. He has come alive during the run-in and his haul of nine goals in his past seven games means he is one of the in-form players right now.

January signings Dejan Kulusevski and Rodrigo Bentancur have also improved the squad and mean this Spurs side will be different to the one that Arsenal would have faced in January. Those benefits are clear, but then there are other factors, such as the extra time Conte has had with his squad.

The Italian, who is renowned for drilling players tactically, has had time to mould the team in his image and Saturday’s 1-1 draw at Anfield showed how the hard work is paying off. If Tottenham’s benefits from the postponement are on the pitch, then Arsenal’s are off it.

Their team has undoubtedly improved since January, given the squad was decimated back then, but key players are still out. Arteta cannot call upon Kieran Tierney or Thomas Partey tonight, while Bukayo Saka and Ben White have been struggling for fitness this week, too.

The big gain for Arsenal, though, is the position they find themselves in the table. Arteta’s young side know they can secure qualification for the Champions League next season by winning tonight. But, crucially, they also know they can afford to lose, given they hold a four-point lead over Spurs in fifth, with two games to go after tonight.

That is a good position for Arsenal to be in, but would not have been the case in January. There is simply no way, especially after crashing out of the FA Cup with their defeat at Forest, Arteta’s side could have contemplated losing at Tottenham. But their four-point cushion gives them added security on what feels like a defining night for both clubs.

All Gyarados Weakness In Pokemon

Kyle Shanahan says he expects 49ers’ Jimmy Garoppolo to most likely be traded,…