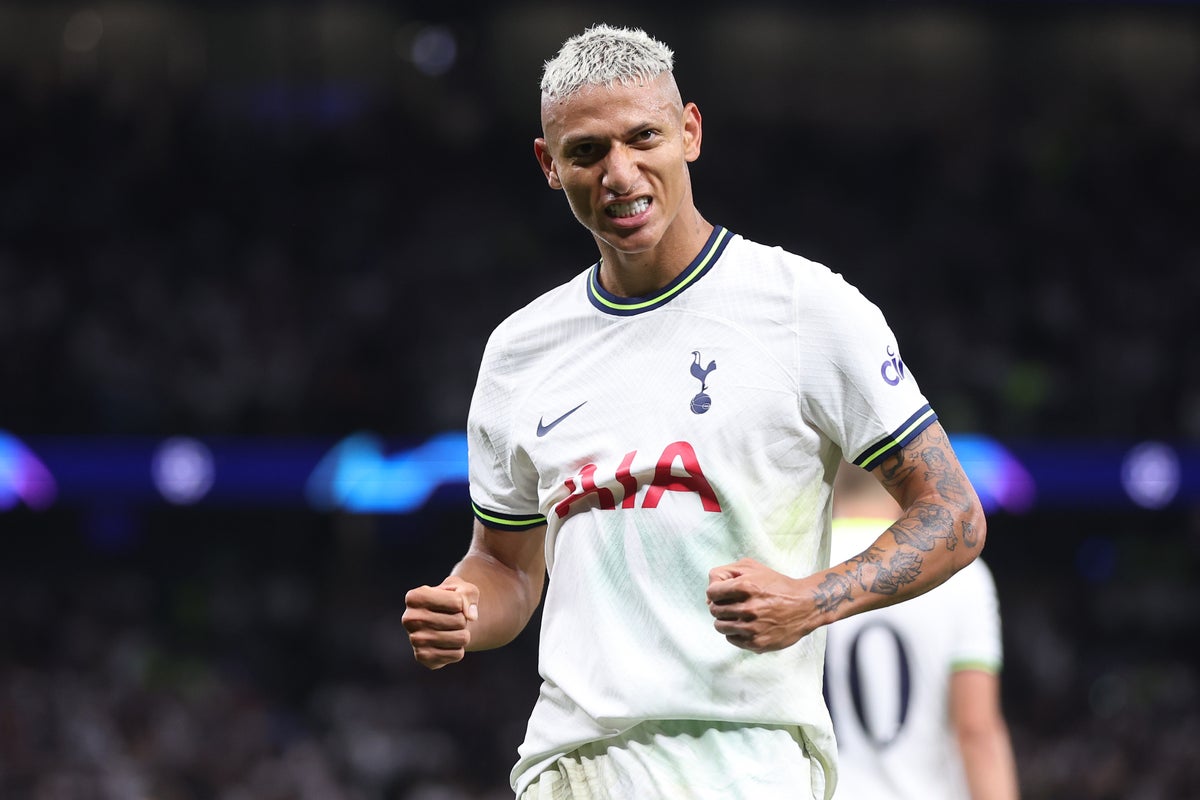 The Brazilian increased his growing popularity in north London with two late goals after Spurs had labored to break down the French side, who played nearly the whole second half a man short.

Chancel Mbemba was sent off short after the interval, the defender adjudged to the last man when challenging Heung-min Son.

Palmed away Matteo Guendouzi’s effort in first-half stoppage-time in his only real save of note. Made some curious decisions at times, including punching in the first half when he could have caught.

Bailed out by Emerson after losing out to Nuno Tavares in the first half. Created a great opening for Perisic with a majestic pass and defended well.

Swept up well as the final man and was aggressive at stepping out of defence, but his passing was not always on the money in the face of Marseille’s first-half press.

Another composed performance on the left of the back three. That he was withdrawn in the second half suggests he is already ahead of Ben Davies and being saved for Man City on Saturday.

Made two important recoveries to dispossess Tavares in dangerous areas but offered little threat in the final third. A typical performance from the Brazilian really.

Crossed for Richarlison’s second goal and recycled the ball well in the middle of the park. Surely due a rest soon?

One uncharacteristically loose pass aside, he was one of Spurs’ better players on the ball and worked tirelessly to get up and down the pitch.

After a surprisingly loose 70-odd minutes, the Croatian provided a much-needed moment of quality, crossing for Richarlison to score the opening goal.

Scored two brilliant headers to settle the game and ultimately make the difference. The Brazilian was his side’s best player in the first half too, linking midfield and attack well.

/ Tottenham Hotspur FC via Getty I

Still looks worryingly short of sharpness and confidence, and a miss-hit shot in the second half was met by groans. Showed his worth by forcing the Mbemba red card with a burst of pace.

Looked desperate to impress on his return to this stage but blew his two half-chances in the first half. His pass set Son free for the red card incident.

Immediately made a positive impact by bursting to the byline before sending in a dangerous cross.

Involved in the build up to the first goal when he stepped out of defence and passed to Perisic but nearly let in sub Amine Harit with a fluffed clearance.

Relatively untroubed on the right of the back three in his first appearance this season.

England vs USA: Players unite at Wembley in show of…