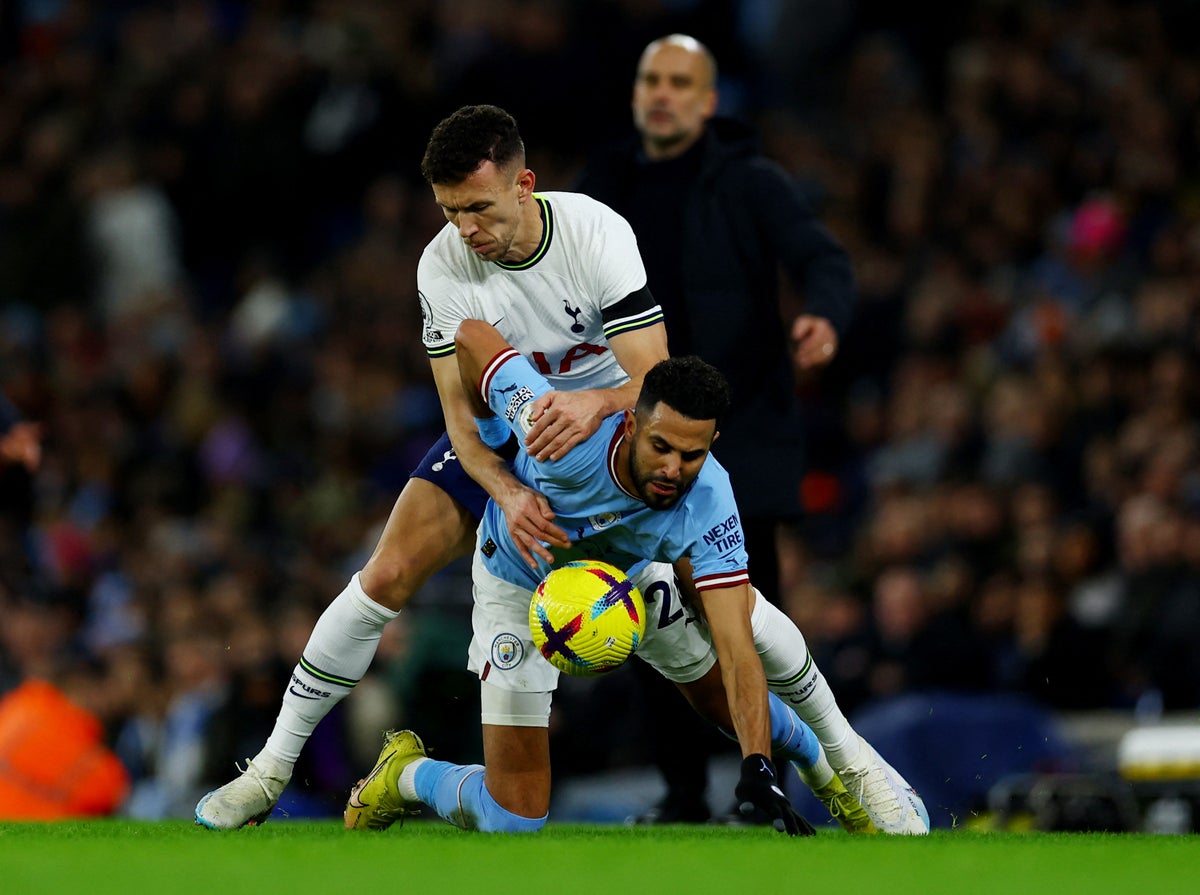 After an even opening 44 minutes, Spurs capitalised on City mistakes to scored twice in 129 seconds before the interval through Dejan Kulusevski and Emerson Royal.

But in an inversion of their usual performances, Spurs crumbled after the break and their lead lasted just eight minutes of the second half, with City hitting back through Julian Alvarez and then Erling Haaland.

The magnificent Riyad Mahrez scored twice more for the champions to reduce the gap to Arsenal to five points and leave Spurs in a hole.

Lunged off his line to leave Alvarez with an empty net for City’s first goal and was beaten at his near post for the winner. Had earlier made a sharp save from Rico Lewis.

Briefly looked back to his menacing best, putting in a magnificent sliding challenge to dispossess Jack Grealish, but part of a defence which quickly cracked in the second half.

Made a smart block to deny Julian Alvarez in the first half but struggled with Haaland’s movement.

Could not get close enough to Mahrez to prevent the winger’s excellent strike.

Reacted quickly to double Spurs’ lead with a smart header and was fairly solid defensively.

Battled well in the middle but lacked finesse on the ball.

Added composure, quality and remarkable energy to the midfield. Made the opening goal with his pressing of Rodri.

Beaten too easily by Mahrez for City’s first three goals in a terrible defensive performance. Should have scored a first Spurs goal, too, but his shot was deflected onto the woodwork.

Took his goal well and was involved in Spurs’ best moves. Squared for Perisic’s effort off the woodwork.

Tested Ederson with a first-half header but alarmingly hesitant and below his best again.

Excellent in the build-up to the second goal, winning a crunching 50:50 with Rodri before his shot was parried to Emerson by Ederson.

Limited impact from the bench.

Linked up a couple of times with Kulusevski on the right but not a natural winger.

Struggled with the pace of the game and all over the place defensively. A strange sub.