Tottenham: Ryan Sessegnon ready for Ivan Perisic fight and what we learned from thumping win over Southampton 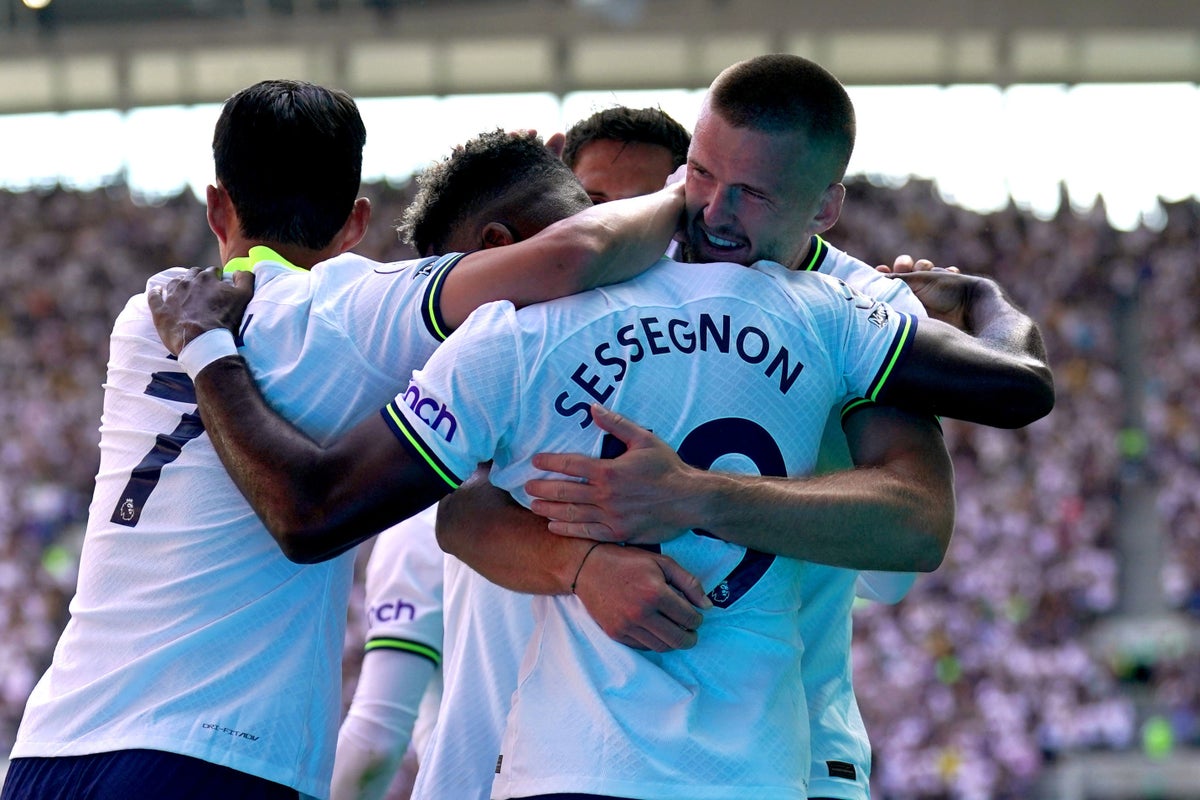 ottenham justified the pre-season optimism with a 4-1 win over Southampton, which will increase belief that Antonio Conte’s side are as well-placed as anyone to break up the duopoly at the top of the Premier League this term.

Spurs’ nerveless finish to the previous campaign and an uncharacteristically decisive summer in the transfer market have raised expectations and rarely have fans gone into a season with so much belief in the squad and, particularly, the manager.

The question was whether Conte’s side could live up to the hype against an opponent they twice failed to beat last season, including in a dispiriting 3-2 home reverse.

Without any of their six summer signings in the XI, Spurs effectively picked up where they left off last term with a display in their head coach’s image, full of intensity and attacking verve, and led by decisive outings from wing-backs Ryan Sessegnon and Emerson Royal.

Sessegnon levelled the scoring mid-way through the first half after James Ward-Prowse had given the visitors a shock lead, and Eric Dier stooped to head Spurs in front before the interval.

The identity of the scorers suggested Conte’s side may be less reliant on Harry Kane and Heung-min Son’s firepower, and therefore even harder to stop, this season, and sure enough Emerson forced Mohammed Salisu into a comical own goal and Dejan Kulusevski completed the rout.

Spurs’ performance felt like many of their games from late February onwards last season, notably the wins over Aston Villa and Newcastle, when they simply went up a level after the interval and blew their opponents away.

They should really have scored more, with Saints goalkeeper Gavin Bazunu making a number of sharp saves, and it was telling that Spurs were so effective without Kane or Son being anywhere near their best.

Despite the sense of newfound optimism, Conte’s XI was actually strikingly familiar with just one change from the side that finished last season at Norwich, with the fit-again Cristian Romero returning.

The Italian’s bench was transformed, however, with five of the six summer signings among the subs and only the suspended Richarlison missing. Ivan Perisic played the final half an hour, while Yves Bissouma and Clement Lenglet were also handed their debuts as late substitutes.

The prospect of the new additions coming into the side, including Richarlison, who was serving a one-match ban, suggests Conte’s team still have many new levels to reach, although it was also notable how last season’s squad players responded to the new competition.

Sessegnon, who has bulked up over the summer, was excellent and scored the equaliser when he got behind Kyle Waker-Peters to head home Kulusevski’s cross at the back post. It was a display of killer instinct and decisiveness that suggests the 21-year-old is already learning from Perisic and will fight the Croatian legend for the left wing-back spot.

Sessegnon had the ball in the net again seconds after the restart but the flag was up, ruling out his cool right-footed finish – another encouraging moment.

Emerson also responded to fresh competition on the right in the form of Djed Spence with two assists in as many minutes to make the game safe.

As easy as he is to predict, Kulusevski is almost impossible to stop when in full flow

The Brazilian, often the weak link for Spurs last season, was partly at fault for Saints’ goal when he was too quick to go to ground on the byline, allowing Moussa Djenepo to hang up a fine cross which Ward-Prowse volleyed into the ground and beyond Hugo Lloris.

But Emerson led the counter-attack for Spurs’ third goal before Salisu somehow turned his tame shot over the line with a botched attempted clearance.

Emerson added another assist with a cut-back for Kulusevski, the game’s outstanding player who arrowed a low shot into the far corner in a display which suggested Richarlison will have his work cut out to dislodge the 22-year-old.

As easy as he is to predict, Kulusevski is almost impossible to stop when in full flow and he ran riot down the right flank.

Kulusevski was so good last season, there is a case that he should suffer from a dip in form at some point soon but it seems the Swede and Spurs are only going from strength to strength under Conte.