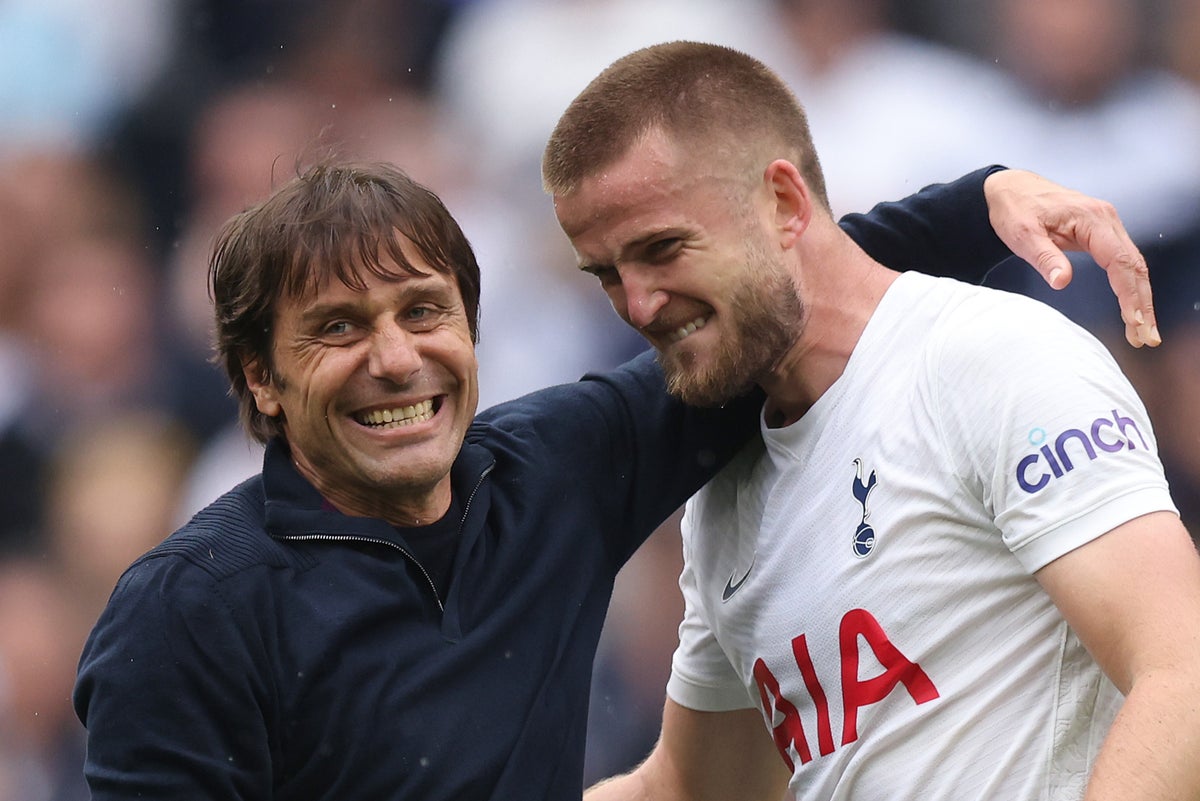 The Tottenham defender was yesterday reunited with his England team-mates for the first time in 18 months, ending an international exile that had looked set to signal the end of his Three Lions career.

Dier started every game of England’s doomed Euro 2016 campaign and remained a valued squad member at the 2018 World Cup in Russia, where he famously scored the winning penalty in the shootout triumph over Colombia.

However, a poor run of form at club level saw the centre-back left out of Euro 2020 and it has taken a sustained string of excellent performances to warrant a recall.

“I’m very happy to be back and I’m very proud of making it back,” said Dier, who will look to add to his 45 caps in Nations League games against Italy and Germany, on Friday and Monday respectively. “I think I’ve reached my best level in my career, not just this season but last season, too. I think I’m getting better and I think I can get better.

“Not going to the Euros, maybe at that point I did not know what would happen after that. I never really thought about it like that. I always thought it would maybe take a while, as I would need to be playing well consistently to get back in.”

Dier insists he never grew frustrated at watching others retain their places despite poor runs of form during his absence, but believes criticism of his own displays during the 2020/21 season in the run-up to the European Championship was overblown.

“I think it was my most difficult season when I did miss out on the Euros. [But] I don’t think it was as bad a season as it is made out to be, nowhere near,” he added.

“It was not as bad as some people like to make out in terms of my performances. I would be very happy to sit down with anyone and go through every game and then we could discuss it. It was good for me, in some ways. I learned a lot from it.”

The arrival of Conte at Spurs less than a year ago signalled a turning point for Dier, who has thrived under the Italian and, in particular, playing at the centre of a back three, a system Southgate has turned to at major tournaments throughout his England reign.

“I don’t want to sound like a teacher’s pet, but [Conte] has done a lot for me,” Dier said. “He has had a great effect on me in every aspect — tactically, physically, mentally, my approach. He is very demanding, but I really enjoy that.

“I don’t think I have learned as much before as I have now with him — about football, about everything to do with football. I have really enjoyed it.

“He is the godfather of that system, so I feel like with him you’re constantly learning and evolving, constantly adding new things. I think probably he gave me my belief back a little bit as well.”

Dier had no issue watching England’s run at the Euros while on holiday, but says his overriding memory of the tournament is the collapse of former team-mate Christian Eriksen during Denmark’s group game with Finland.

Australia vs New Zealand live stream: how to watch the Socceroos and All Whites online from anywhere