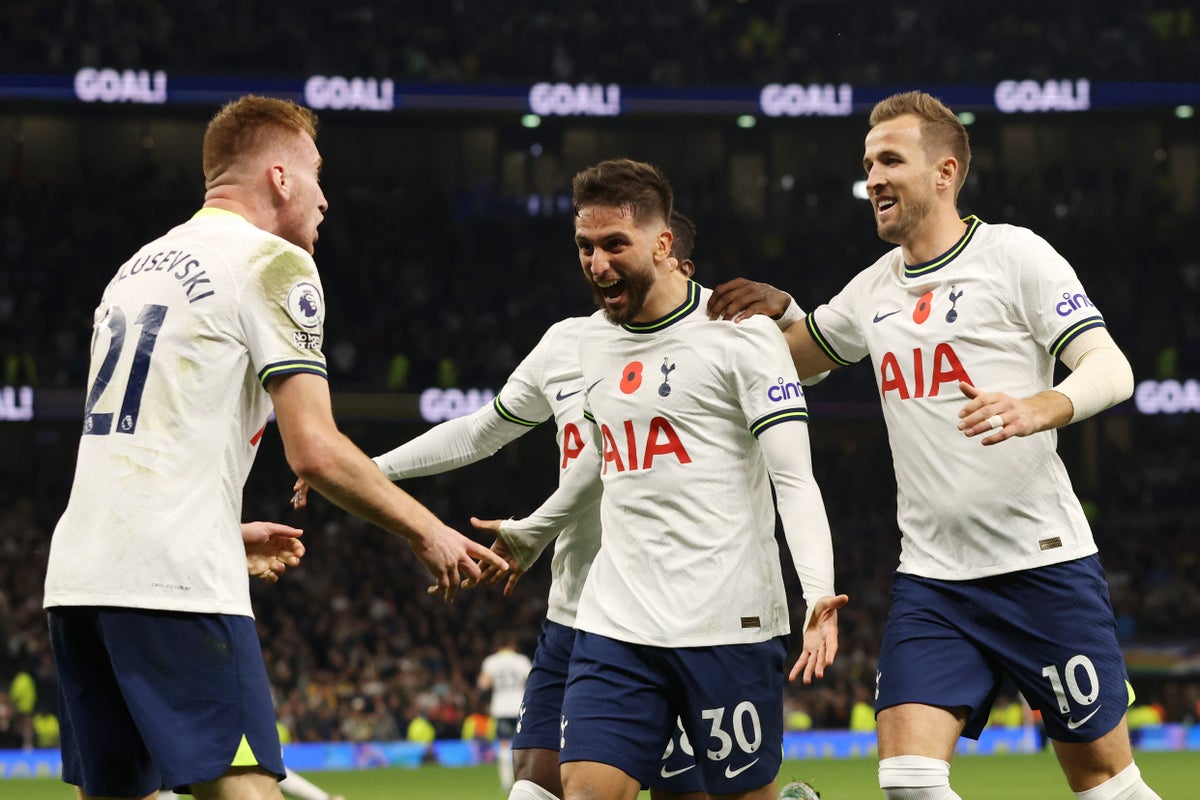 ejan Kulusevski has called Tottenham team-mate Rodrigo Bentancur “one of the most underrated players in the world” after his match-winning double against Leeds.

Bentancur scored twice late on as Spurs came from behind to beat Leeds 4-3 in a breathless game at the Tottenham Hotspur Stadium on Saturday.

After firing Spurs level for the third time in the match, the Uruguay international then tapped in a cross from Kulusevski to earn his side victory.

Bentancur has been one of the standout performers for Spurs this season and has impressed in the Premier League since joining from Juventus.

Kulusevski, who also made the switch from Juventus in a double deal last January, told BBC Match of the Day: “When we were 3-3 I said in my head that the next time I get the ball I am going to shoot and I am going to score.

“But then it was a different situation and I saw Rodri alone, and I just pray to God that he will score and he did.

“He is a fantastic player, one of the most underrated players in the world. I am very happy for him.”

Bentancur’s double for Spurs consolidates their place in the top four going into the mid-season break for the World Cup.

Antonio Conte said: “I think it’s better to see the positive side. If you ask me about the game, when my team concede three goals, I’m never happy because it means you need to improve.

“This period has been difficult because of preparing for games every two to three days. I’m really happy to have this break [for the World Cup in Qatar] because we arrived today very tired, with a lot of stress. I think for sure we have to continue to improve.”