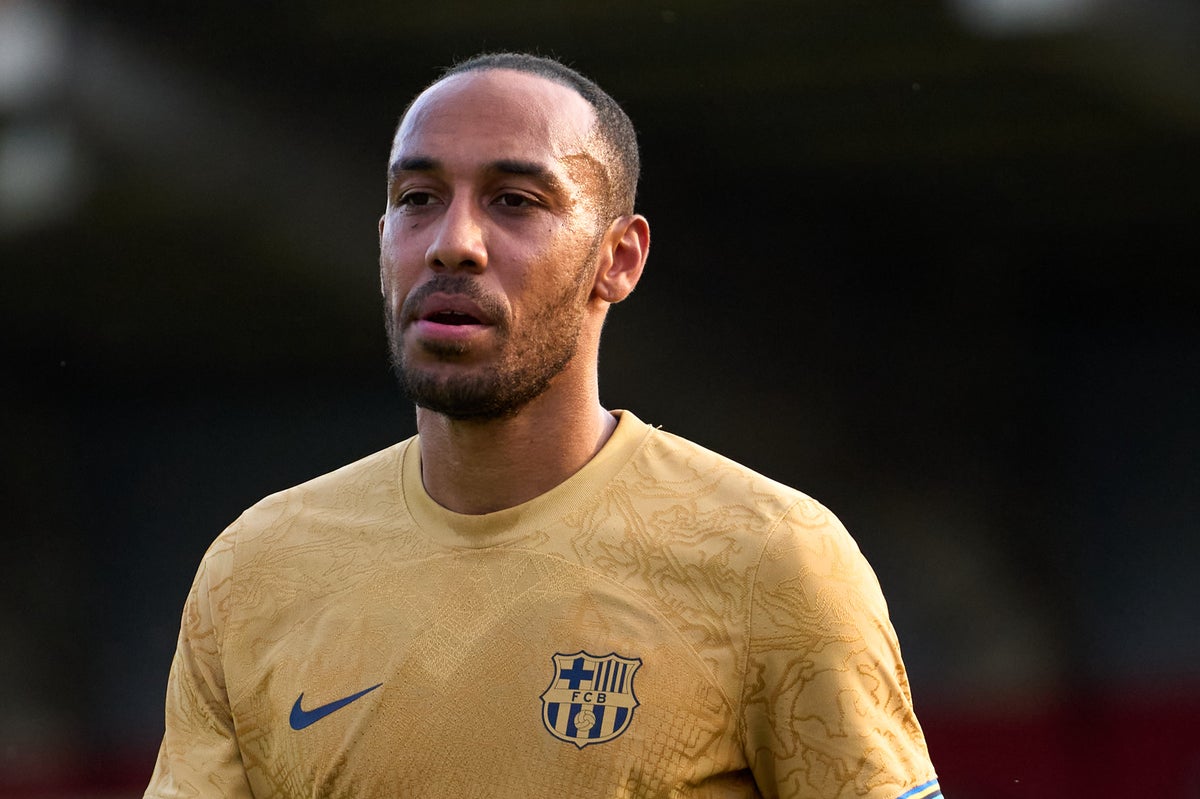 Chelsea, Arsenal and Tottenham remain very active as we enter the final month of the summer transfer window. Thomas Tuchel is scrambling for further signings, with Chelsea closing in on a £52.5million deal with Brighton for Marc Cucurella and opening shock talks over Pierre-Emerick Aubameyang.

Chelsea are also plotting a new offer for Inter Milan starlet Cesare Casadei to go along with their imminent signing of Carney Chukwuemeka. They also seem to have hijacked Manchester United’s move for Barcelona midfielder Frenkie de Jong and are also battling the Red Devils for Benjamin Sesko.

Elsewhere, Tottenham have opened talks with Udinese over Italy Under-21 left-back Destiny Udogie and are rumoured to have made a fresh move for Roma winger Nicolo Zaniolo, though former boss Jose Mourinho stands in their way.

Arsenal remain keen on Youri Tielemans and could use the money recouped from several player exits to finally fund a deal for the Leicester midfielder this month. Meanwhile, the Gunners have sanctioned the loan departures of Charlie Patino and Folarin Balogun. Follow all the latest transfer news, rumours and gossip with our live blog below!

Of course it concerns busy Chelsea, who have arrived at a shock name in their pursuit of a new striker.

Romano claims that the Blues are now considering a surprise swoop for former Arsenal captain Pierre-Emerick Aubameyang, who joins the likes of Red Bull Salzburg’s Benjamin Sesko on their list of attacking targets.

What’s more, it is said that talks have already begun with Aubameyang, but no bid has yet been made to Barcelona, with whom the Gabon frontman signed a three-and-a-half year contract after his unceremonious exit from Arsenal in January.

However, settling on a contract is likely to prove problematic for David Moyes and Co, with Fabrizio Romano suggesting that Onana would prefer a move to Premier League rivals Everton.

Tottenham are said to be leading the race for Nikola Milenkovic.

Italian outlet Tuttosport suggest that Spurs have stepped up their pursuit of the versatile Serbian centre-back, who plays his club football in Serie A with Fiorentina.

Indeed, Tottenham are believed to be pressing ahead with talks with the 24-year-old’s agent as they look to further strengthen their defence following the arrivals of Djed Spence and Clement Lenglet so far this summer.

Richarlison, Yves Bissouma, Ivan Perisic and Fraser Forster are the other arrivals to date from a busy window in N17.

Has everyone spoken too soon?

The Seagulls said on social media: “Contrary to inaccurate reports from numerous media outlets this evening, no agreement has been reached with any club to sell Marc Cucurella.”

The fee for Colwill is thought to be around £25m with a buy-back clause set at approximately £50m, with the final details still being thrashed out. Chelsea were reluctant to let him go permanently so negotiated the clause.

Brighton are now set to beat Crystal Palace, Southampton and Leicester in the race for the 19-year-old academy graduate, who spent last season on loan in the Championship at Huddersfield.

Levi Colwill in action versus Charlotte

Chelsea have completed the £52.5million signing of Marc Cucurella from Brighton, pending a medical.

The Blues have agreed a fixed fee with no add-ons and a contract until 2028 for the left-sided defender and Spanish international.

It follows Manchester City walking away from protracted talks over Cucurella after seeing their £40m offer turned down to work on other potential targets.

Thomas Tuchel has long been an admirer of the wing-back, who has been scouted and of interest to Chelsea since before the German was appointed as manager.

The highly-rated Hale End graduate will spend the 2022/23 season on loan at Bloomfield Road, having impressed Mikel Arteta during pre-season.

Patino made two senior appearances for Arsenal in the cup competitions last term, scoring on his first-team debut against Sunderland.

He will now get to test himself in senior football week in, week out in the Championship, where Blackpool got off to a winning start against Reading on opening weekend.

“This is a great opportunity for me, and I think I’m ready to take this on. It’s the next step of my career and I’m really excited to get going,” said Patino.

“I spoke to Danny Ballard and Dujon Sterling before coming to the Club and they were full of praise and said it’s an amazing place to be where everybody is welcome.

“They also mentioned the fans, the Tangerine Army, who are always on their feet at home and away games. I’m just buzzing to play in front of them and show them what I’m about.”

Chelsea have now agreed a deal with Brighton for Marc Cucurella.

That news comes courtesy of Fabrizio Romano, who says the Seagulls have accepted a bid worth £52.5m for the versatile Spanish full-back.

Cucurella will sign a six-year contract at Stamford Bridge, having already agreed personal terms earlier this week. He is due in London to undergo a medical on Thursday.

Meanwhile, Levi Colwill’s permanent switch from Chelsea to Brighton in a separate deal is still being discussed.

A little bit more information has emerged on Tottenham’s move for Destiny Udogie.

According to Sky Italia, Spurs have lodged a bid with Udinese worth around €25m (£20.9m) including bonuses.

Antonio Conte is said to view Udogie as a talent for the future and, as we mentioned, is willing to let him stay in Serie A on loan for the season.

The 19-year-old only joined Udinese on a permanent transfer last summer, having impressed on loan from Hellas Verona.

The end of an era at Leicester, who have now confirmed the departure of goalkeeping stalwart and club captain Kasper Schmeichel.

The veteran Danish international has joined French club Nice in a deal believed to be worth £1m, penning a three-year contract.

Schmeichel spent 11 years in total at Leicester after joining from Leeds in 2011, making nearly 500 appearances across all competitions and lifting four trophies – including the Premier League title in 2015/16 and the 2020/21 FA Cup.

How to watch Chun Hsin Tseng vs. Cameron Norrie at the Mifel Open

How to watch Tommy Paul vs. Nick Kyrgios at the Citi Open