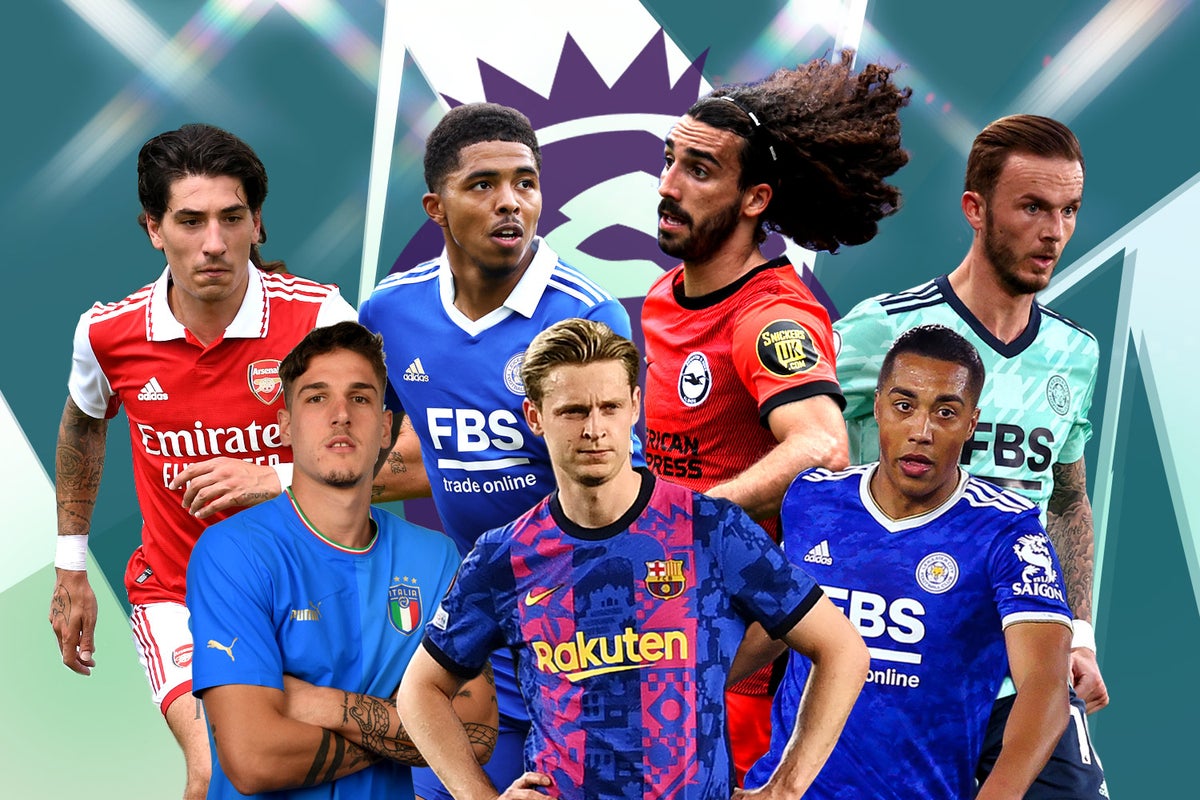 Arsenal, Chelsea and Tottenham are all out to bag major deals in the final month of the transfer window. Having all secured some big-name players already, the likes of Marc Cucurella, Frenkie de Jong, Youri Tielemans and Nicolo Zaniolo are the latest potential signings being discussed.

All three teams are looking at Leicester for potential market inspiration with Wesley Fofana a Chelsea target as Thomas Tuchel looks to sort out his defence after a number of setbacks. The Blues are close to sealing a move for Brighton’s Cucurella, while Kyle Walker-Peters is also now a target. In a £20million surprise move, Chelsea confirmed the signing of Carney Chukwuemeka from Aston Villa tonight.

Aston Villa will receive £20m for Chukwuemeka, including add-ons.

His medical is scheduled for tomorrow, and the 18-year-old is expected to sign a six-year-deal.

Chelsea have confirmed the shock imminent signing of Carney Chukwuemeka from Aston Villa.

The Blues confirmed on Tuesday that the Premier League rivals had reached an agreement that would see the highly-rated teenage midfielder move to Stamford Bridge on a permanent transfer.

No fee was reported and the deal remains subject to Chukwuemeka agreeing personal terms and undergoing a successful medical.

While United have spent the summer trying to bring Frenkie de Jong to Old Trafford, Sky Sports report that Neves is still a player the club admire.

It’s claimed that United believes the Wolves midfielder would prove to be a good fit in terms of style of play.

Chelsea‘s Malang Sarr has decided that he would prefer a move to Monaco over Fulham and is waiting for the Blues to green-light the deal, writes Nizaar Kinsella.

The 23-year-old has prioritised his return to Ligue 1 since the offer arrived and would move on loan with an option to buy included.

Monaco have offered Sarr the chance to play as a starting central defender, which helped him make up his mind to leave the Premier League despite Fulham’s offer for both permanent and loan deals.

Tottenham are linked with another Roma player – this time Nicola Zalewski is the reported target.

His team-mate Nicolo Zaniolo continues to be put forward as a potential option for Spurs, but Corriere Dello Sport report that Tottenham have also made contact with Roma about Zalewski.

However, Roma are believed to have no interest in selling the 20-year-old, who Conte is a big fan of.

Schmeichel on the move?

Kasper Schmeichel has been discussing his time at Leicester, as it looks increasingly likely that he will leave the club.

The goalkeeper is expected to complete a move to Nice in the coming days, following Aaron Ramsey in joining the club.

The forward joined Thomas Tuchel’s side earlier this summer in a £47.5m deal, and Aguero was surprised his former club allowed Sterling to do so.

He said on Twitch: “I don’t understand the sale of Sterling. There are times [Man City] make strange decisions.”

Arsenal midfielder Lucas Torreira is closing in on a move to Galatasaray that could eventually be worth £7.5million, writes Simon Collings.

The Turkish club are in advanced talks with Arsenal and are ready to pay around £5m upfront, with a further £2m coming in the form of add-ons.

Torreira has one year to run on his current contract and had been attracting interest from clubs in Italy too.

The midfielder is one of a number of players Arsenal are looking to shift before the transfer window shuts and business is picking up.

Tottenham are believed to be interested in Nikola Milenkovic.

The Fiorentina defender has been linked with West Ham in the past, but Corriere Fiorentino report that it is Spurs now leading the race for the 24-year-old.

Inter Milan and Juventus are among the other clubs keeping tabs on Milenkovic, who could be available for around €15m.

Jaguars vs Raiders live stream: How to watch the 2022 NFL Hall of Fame Game online

How to Watch Brett Drewitt at the Wyndham Championship: Live Stream, TV Channel