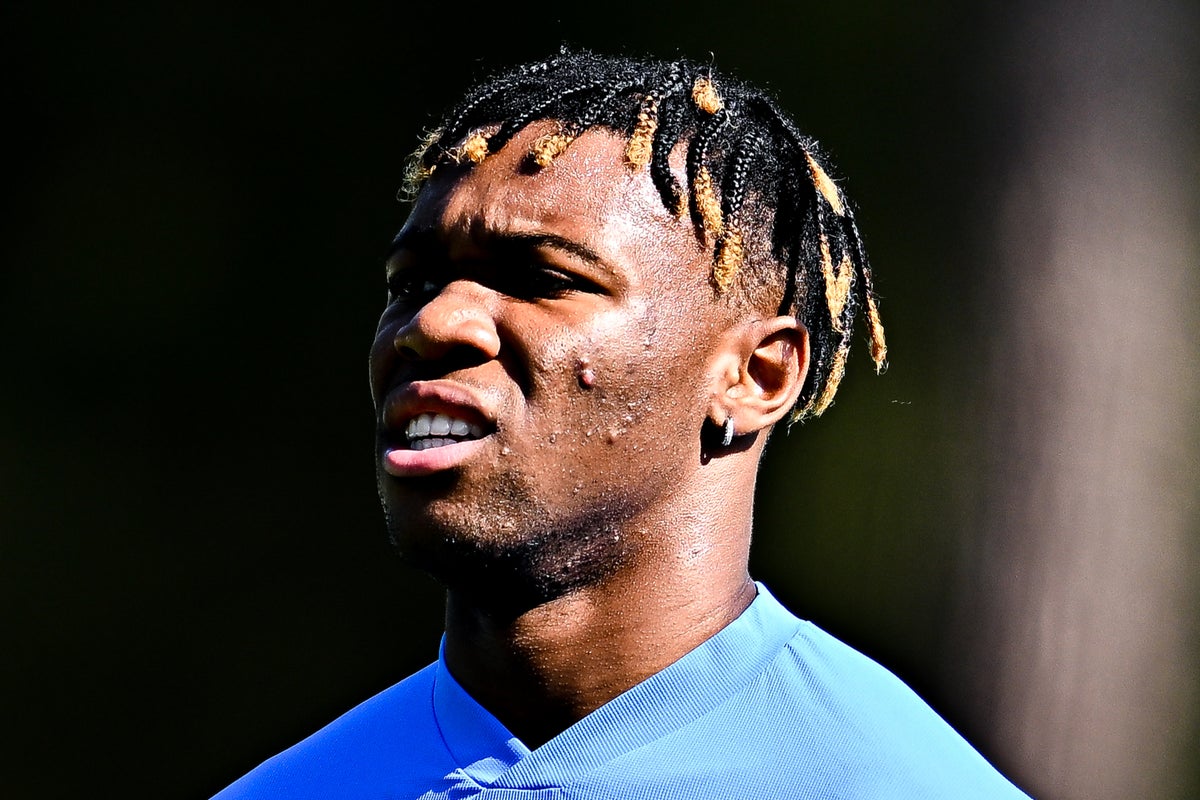 Chelsea, Arsenal and Tottenham remain very active as we enter the final month of the summer transfer window. Thomas Tuchel is scrambling for further signings, with the Blues now having agreed a £52.5million deal with Brighton for Marc Cucurella.

Chelsea are also plotting a new offer for Inter Milan starlet Cesare Casadei to go along with their imminent signing of Carney Chukwuemeka. They also seem to have hijacked Manchester United’s move for Barcelona midfielder Frenkie de Jong and are also battling the Red Devils for Benjamin Sesko.

Elsewhere, Tottenham are believed to have made a fresh move for Roma winger Nicolo Zaniolo, while they have also opened talks with Udinese over Italy Under-21 left-back Destiny Udogie.

Arsenal remain keen on Youri Tielemans and could use the money recouped from several player exits to finally fund a deal for the Leicester midfielder this month. Meanwhile, the Gunners have sanctioned the loan departures of Charlie Patino and Folarin Balogun. Follow all the latest transfer news, rumours and gossip with our live blog below!

Chelsea have now agreed a deal with Brighton for Marc Cucurella.

That news comes courtesy of Fabrizio Romano, who says the Seagulls have accepted a bid worth £52.5m for the versatile Spanish full-back.

Cucurella will sign a six-year contract at Stamford Bridge, having already agreed personal terms earlier this week. He is due in London to undergo a medical on Thursday.

Meanwhile, Levi Colwill’s permanent switch from Chelsea to Brighton in a separate deal is still being discussed.

A little bit more information has emerged on Tottenham’s move for Destiny Udogie.

According to Sky Italia, Spurs have lodged a bid with Udinese worth around €25m (£20.9m) including bonuses.

Antonio Conte is said to view Udogie as a talent for the future and, as we mentioned, is willing to let him stay in Serie A on loan for the season.

The 19-year-old only joined Udinese on a permanent transfer last summer, having impressed on loan from Hellas Verona.

The end of an era at Leicester, who have now confirmed the departure of goalkeeping stalwart and club captain Kasper Schmeichel.

The veteran Danish international has joined French club Nice in a deal believed to be worth £1m, penning a three-year contract.

Schmeichel spent 11 years in total at Leicester after joining from Leeds in 2011, making nearly 500 appearances across all competitions and lifting four trophies – including the Premier League title in 2015/16 and the 2020/21 FA Cup.

Tottenham have reportedly opened talks over a deal for Udinese defender Destiny Udogie.

Fabrizio Romano reports that negotiations between the clubs are at an early stage, with plenty of interest mounting in the teenage Italy Under-21 international.

He suggests that Tottenham could be willing to sign left-back Udogie now and then loan him back to Udinese for the 2022/23 campaign.

Manchester City have also been linked with the 19-year-old in recent days.

One player on his way out of Manchester United is Alex Telles.

Widespread reports confirm that the Brazilian full-back is on his way to Spain conduct a medical with Sevilla.

Telles will join the LaLiga outfit on loan for the 2022/23 campaign, with Sevilla paying €2m of his salary.

The deal does not include an option to buy on a permanent deal.

Chelsea are just a little bit busy at the moment aren’t they?

Not merely content with rivalling Manchester United for Benjamin Sesko, they may also have hijacked their long-awaited deal for Frenkie de Jong.

Per The Times, Chelsea are now frontrunners in the race to land Barcelona’s versatile Dutch midfielder before the transfer deadline.

They report that De Jong wants to move to London and play in the Champions League, with his agent due to meet Barcelona today.

Chelsea would have to pay a fee of around £71m for the 25-year-old.

Chelsea are still waiting for Brighton to make up their minds over Marc Cucurella.

That is per Fabrizio Romano, who says that a £50m offer submitted last night for the Spanish left-back remains on the table.

Cucurella is said to fancy the move to Chelsea and has already struck an agreement over personal terms.

Brighton also want to sign Levi Colwill on a permanent transfer, though that is a separate deal.

The latest on the Youri Tielemans to Arsenal saga now.

The Belgian midfielder is a long-term target for Mikel Arteta, who is believed to remain keen on adding him to his squad before the September 1 transfer deadline.

football.london report that Arsenal are looking to save around £19.24m per year on wages if they can sell unwanted trio Lucas Torreira, Hector Bellerin and Pablo Mari this month, money that could help fund a deal for Tielemans.

Tottenham in fresh move for Zaniolo

Tottenham are lining up a fresh new bid for Nicolo Zaniolo at Roma, according to the latest reports.

Spurs have been heavily linked with the versatile Italy attacker, who is said to be a favourite of Antonio Conte’s.

However, Roma and ex-Tottenham boss Jose Mourinho do not want to lose Zaniolo, particularly for anything less than €50m-€60m.

La Repubblica report that Spurs are making a fresh play for the 23-year-old, with players proposed in part-exchange said to include Japhet Tanganga and Tanguy Ndombele.

Mr Romano also has the latest on Chelsea’s pursuit of Cesare Casadei.

The Blues want Inter Milan’s teenage midfielder to join Carney Chukwuemeka at Stamford Bridge this summer as part of a long-term succession plan for N’Golo Kante and Jorginho.

Fabrizio reports that Chelsea are now “seriously working” on a deal, with presumably another offer forthcoming after an initial bid was rejected by the Nerrazzuri, who want to keep him at the San Siro.

How to watch Maxime Cressy vs. Jack Sock at the Citi Open