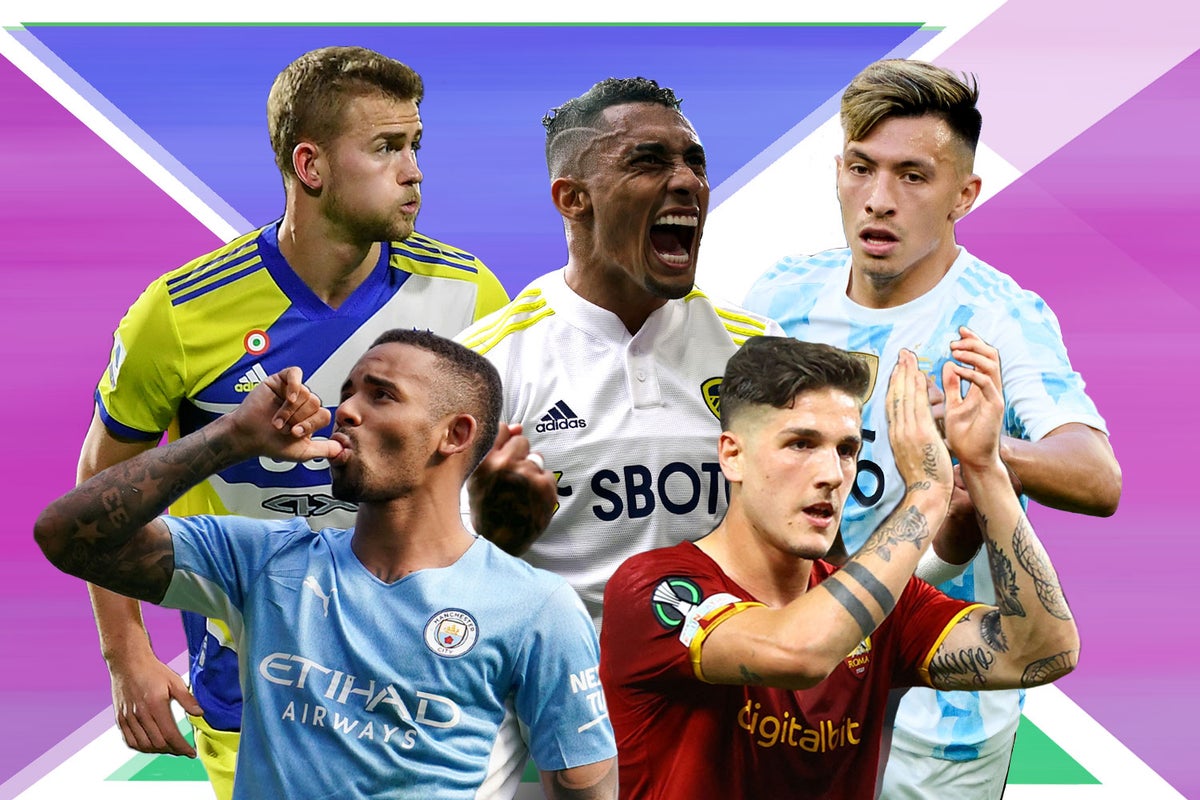 Arsenal, Tottenham and Chelsea are stepping their summer business up another gear with a return to pre-season now only days away. All three London clubs are battling for the signing of Leeds United star Raphinha amid reports of a £60million price tag, with cash-strapped Barcelona now out of the running.

The Gunners appear to have won the race for Gabriel Jesus after Spurs opted against making a bid and the Blues did not follow up on initial interest. Talks are progressing and a deal appears imminent. The third Brazilian in the three-way tug of war is Richarlison, who is expected to leave Everton this summer and will likely command a similar £60m fee.

Regarding defensive targets, Chelsea are interested in Juventus stalwart, Spurs are expected to sign Djed Spence and the Gunners face another battle attle to lure Ajax’s Lisandro Martinez to north London with Manchester United also keen. Follow all for the latest news and rumours!

Ballard is set to move to Turf Moor for around £2million following an impressive loan spell in the Championship at Millwall last season.

Arsenal have inserted a sell-on clause into the deal and a clause which would grant them the opportunity to match future bids for the 22-year-old.

Ballard, a Northern Ireland international, has not made a senior appearance for Arsenal.

Gary Neville has criticised the Glazer family as Manchester United battle Brentford for the signing of Christian Eriksen.

The Dane is believed to be considering both clubs as his next move, the idea of which would have been fanciful a number of years ago.

While Brentford are certainly an attractive destination for players, even the most ardent supporter of the club would surely admit United’s pull would generally far outweigh theirs.

Still, the 30-year-old enjoyed a wonderful stint in west London during the second half of last season, scoring once and registering four assists in 11 Premier League appearances.

Fabio Paratici in Italy with Tottenham interested in Nicolo Zaniolo

A busy summer at Tottenham could be about to get better…

Jose Fonte has told Arsenal fans to get “very excited” following the signing of Fabio Vieira.

The 22-year-old joined Mikel Arteta’s side in a £34m deal earlier this week, becoming their first major signing of the summer.

Deals for both Marquinhos, a teenager winger who joins from Sao Paulo, and back-up goalkeeper Matt Turner had already been wrapped up, but it is the Portugal U21 international who is expected to feature far more prominently in the first-team next season.

While still a developing talent himself, Vieira is coming off the back of a strong season with Porto having scored 7 goals and registered 16 assists in 39 appearances for the Portuguese champions.

Sources in Italy claim Chelsea have made an approach for the Dutch centre-back but could face competition from Manchester City.

Chelsea are plotting a defensive rebuild this summer after losing Antonio Rudiger and Andreas Christensen on free transfers to Real Madrid and Barcelona.

Jules Kounde remains their primary target but Barcelona are also interested in the Sevilla centre-back.

According to transfer insider Dean Jones, Arsenal transfer target has been waiting to see if AC Milan would bid for him this summer.

“Jesus has been waiting to see what other offers land this summer – and in particular has been hoping for a bid from AC Milan – but so far Arsenal is seen as the most likely move and he is believed to have seemed more open to the idea in recent days,” he told GIVEMESPORT.

A big boost for Chelsea?

According to Corriere dello Sport, Matthijs de Ligt: has handed in a transfer request at Juventus.

The 22-year-old is a leading target at Stamford Bridge following the departures of Andreas Christensen and Antonio Rudiger.

Reportedly unhappy in Turin, the Dutch international could be helping to force through a move to Stamford Bridge.

Arsenal fans will need little reminding about just how often Gonzalo Higuain was linked with a move to the club in 2013.

Now, relfecting on the move, the Argentine has revealed exactly what happened back then, when he instead joined Napoli after leaving Real Madrid.

He told TyC Sports: ““I remember that I was on the verge of going to Arsenal when I went to Napoli, but they said I was too expensive. And a few days later, they paid €80m for Ozil!”

According to 90Min, West Ham are leading Tottenham in the race to sign Hull City forward Keane Lewis-Potter.

The 21-year-old is attracting an awful lot of interest after a strong season in the Championship, during which he scored 12 goals in 46 appearances.

Southampton are another to be linked, although it is West Ham who are said to be leading the chase to sign the £15m-rated forward.

Manchester City are closing in on the signing of Stefan Ortega on a free transfer.

The 29-year-old has agreed a five-year deal after leaving Arminia Bielefield following their relegation from the Bundesliga and would provide back-up to Ederson.

A medical is scheduled for next week.

UFC in 2022: Four burning questions surrounding the biggest Octagon stars to close out a wild year

11 new movies and shows to watch this weekend on Netflix, Hulu, Disney Plus and more