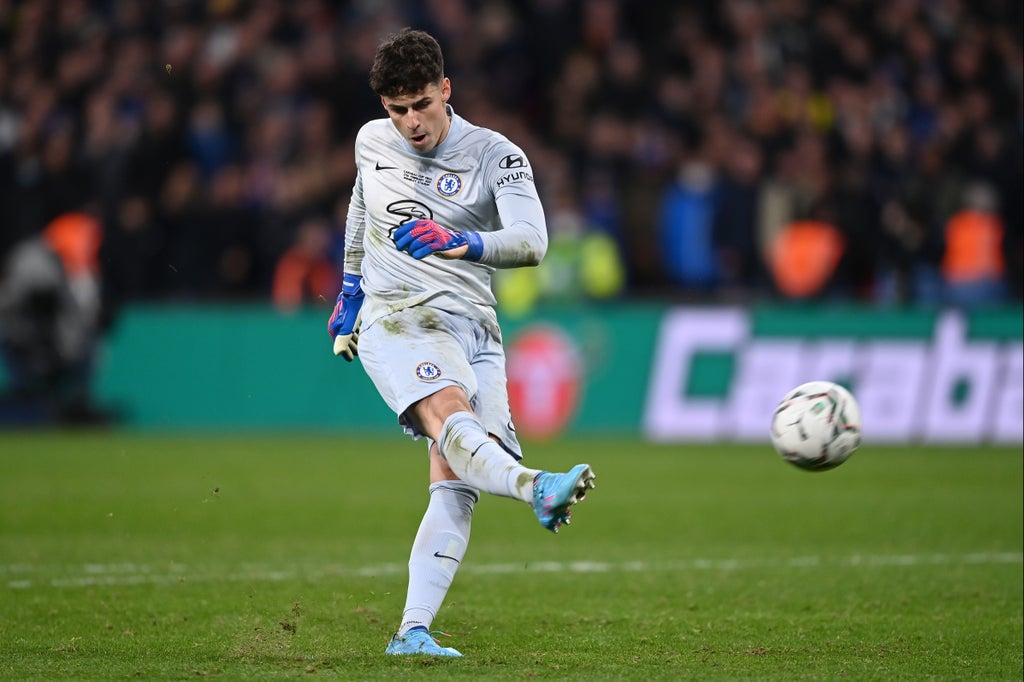 The Spaniard infamously failed to save all 11 spot-kicks taken against him in February’s Carbao Cup final, having been brought off the bench to replace Edouard Mendy specifically for the shootout.

With the score at 11-10, Kepa then fired over his own penalty to condemn Chelsea to defeat.

The two teams reconvene at Wembley today for the FA Cup final and Mendy is expected to start, after being given the nod in the quarter and semi-finals.

But Blues boss Tuchel was tight-lipped on his plans when facing the media ahead of the game.

He told reporters: “I will not tell you. I have an opinion about it. If it comes, you will see.

“In approaching the match, we always say, ‘Let’s see how the game goes and if we still have the change available’.

“It is never done before. We have a plan of what we can do. I’m a bit torn in how much you can practice.”