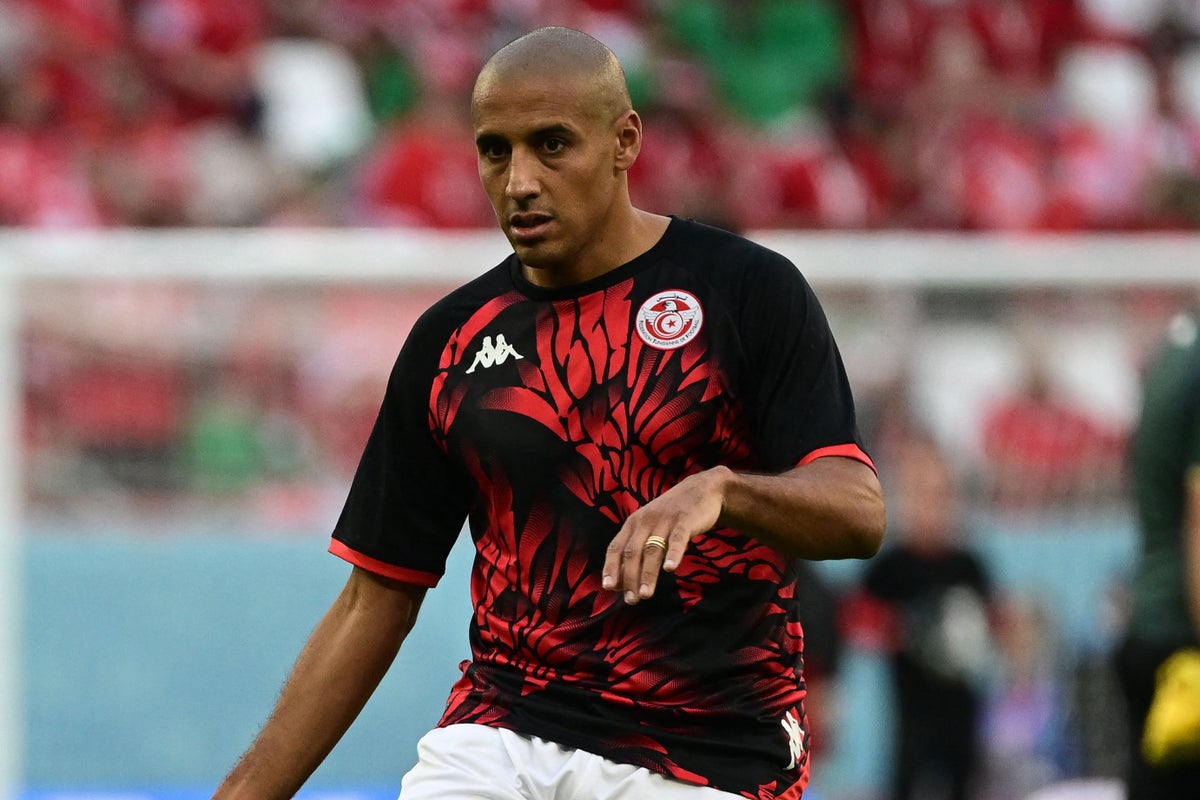 ahbi Khazri is pushing for a start as Tunisia face Australia in their second Group D clash.

The 31-year-old, who has played for Sunderland in the past, was an unused substitute in the opening draw with Denmark, but could come into the side in what is a crucial match for both teams.

Khazri is second on the list of Tunisia’s all-time leading goalscorers, offering a threat that is badly needed judging by his country’s opening 90 minutes at the World Cup.

Hannibal Mejbri, the Manchester United midfielder currently on loan at Birmingham, did come off the bench against Denmark and is likely to have to settle for another cameo, with Tunisia having no injury concerns.

It’s a similar story for Australia, with no fitness problems picked up in their opening clash against France. They took the lead against the defending champions, but were eventually blown away by Kylian Mbappe and Olivier Giroud.

This is a far more realistic opportunity to pick up points, and Aaron Mooy will be relied on to control things in midfield should he start as expected.

Mitchell Duke will likely lead the line, while Craig Goodwin, who put Australia in front against Les Blues, has surely done enough to keep his place on the left wing.

Hearts full-back Nathaniel Atkinson struggled, understandably, against Mbappe and was replaced in the second-half, but should still keep his place for what he will hope will be an easier 90 minutes.

Virgil van Dijk refuses to focus on Lionel Messi ahead of…