Twins reportedly acquire OF Michael A. Taylor in trade with Royals 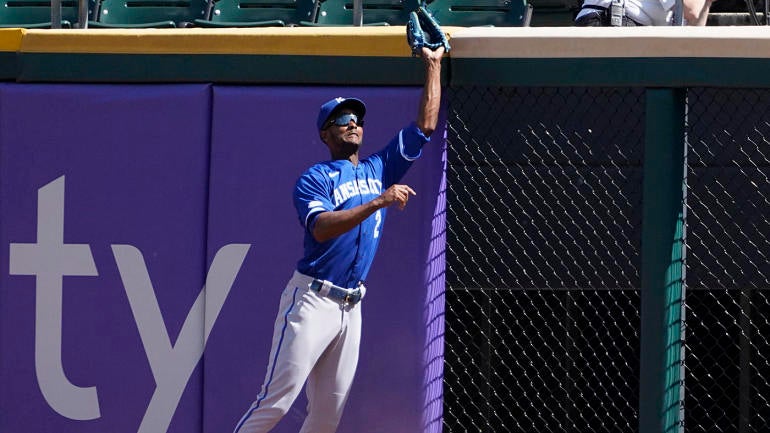 The Minnesota Twins and Kansas City Royals have agreed to a trade that will send center fielder Michael A. Taylor to the Twins, according to multiple reports. The return for the Twins is lefty reliever Evan Sisk and righty reliever Steven Cruz, according to MLB.com.

Taylor, 31, spent the last two seasons with the Royals after playing the first seven years of his career with the Nationals. Though he once flashed a little promise with the bat (notably 2017), there’s enough track record here to believe he’s been acquired by the Twins just for his defensive chops. He hit .254/.313/.357 (90 OPS+) last season but posted a 3.2 WAR on the strength of his defense.

In fact, by Defensive Runs Saved, Taylor has rated out as the best outfielder in all of baseball since the start of 2021. He gets good jumps on the ball, covers a bunch of ground and can go up and get balls against the wall with his 6-foot-4 frame. He even has a strong arm, finishing in the top five of outfield assists in the AL each of the last two years.

The Twins are set with Byron Buxton in center field, but he has an injury history. Taylor gives them a suitable replacement if that continues and otherwise serves as a fourth outfielder.

Relish the taste of Crossword Clue