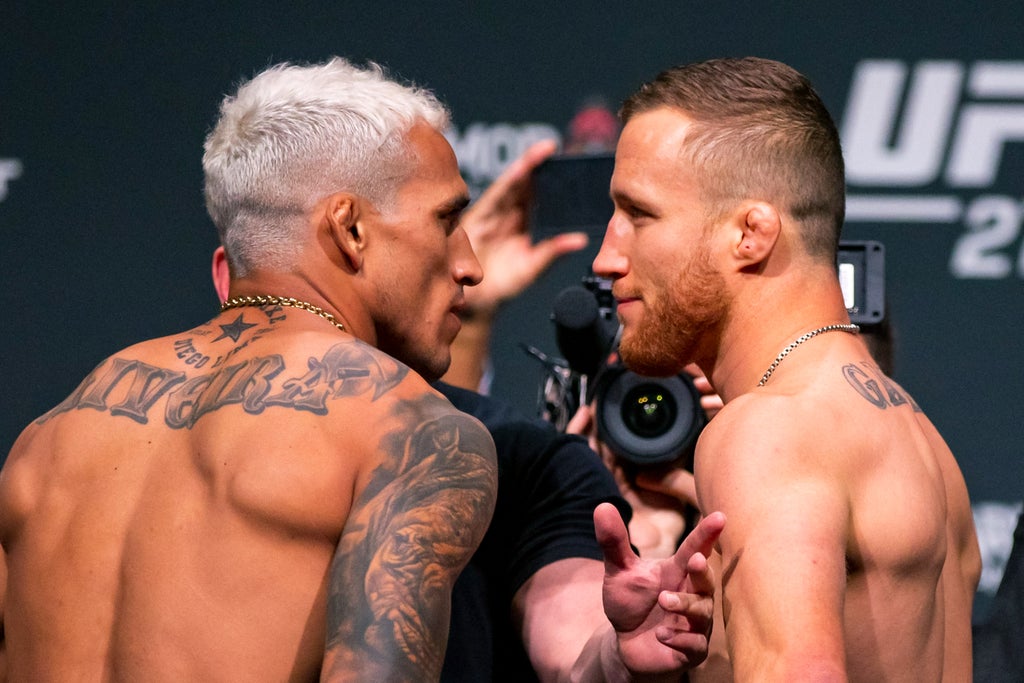 For the first time in the promotion’s history, a champion lost their title on weigh-in day after Oliveira was stripped of the lightweight belt on Friday having failed to make the 155-pound limit.

Gaethje can still win the title should he emerge victorious inside the octagon, although the crown would remain vacant should Oliveira triumph.

Here’s everything you need to know about UFC 274 tonight…

UFC 274 takes place tonight, Saturday May 7, 2022 inside the Footprint Center in Phoenix, Arizona.

TV channel: BT Sport will broadcast the event from 1am BST with the main card expected to start at 3am.

Live stream: BT Sport subscribers will be able to watch the action live online through the website or BT Sport App.

Gaethje will rarely have a better chance to take advantage of Oliveira, who couldn’t even make weight when afforded more time.

It’s hard to suggest all is well in the Oliveira camp and, as a result, Gaethje to beat him sounds the most likely outcome.