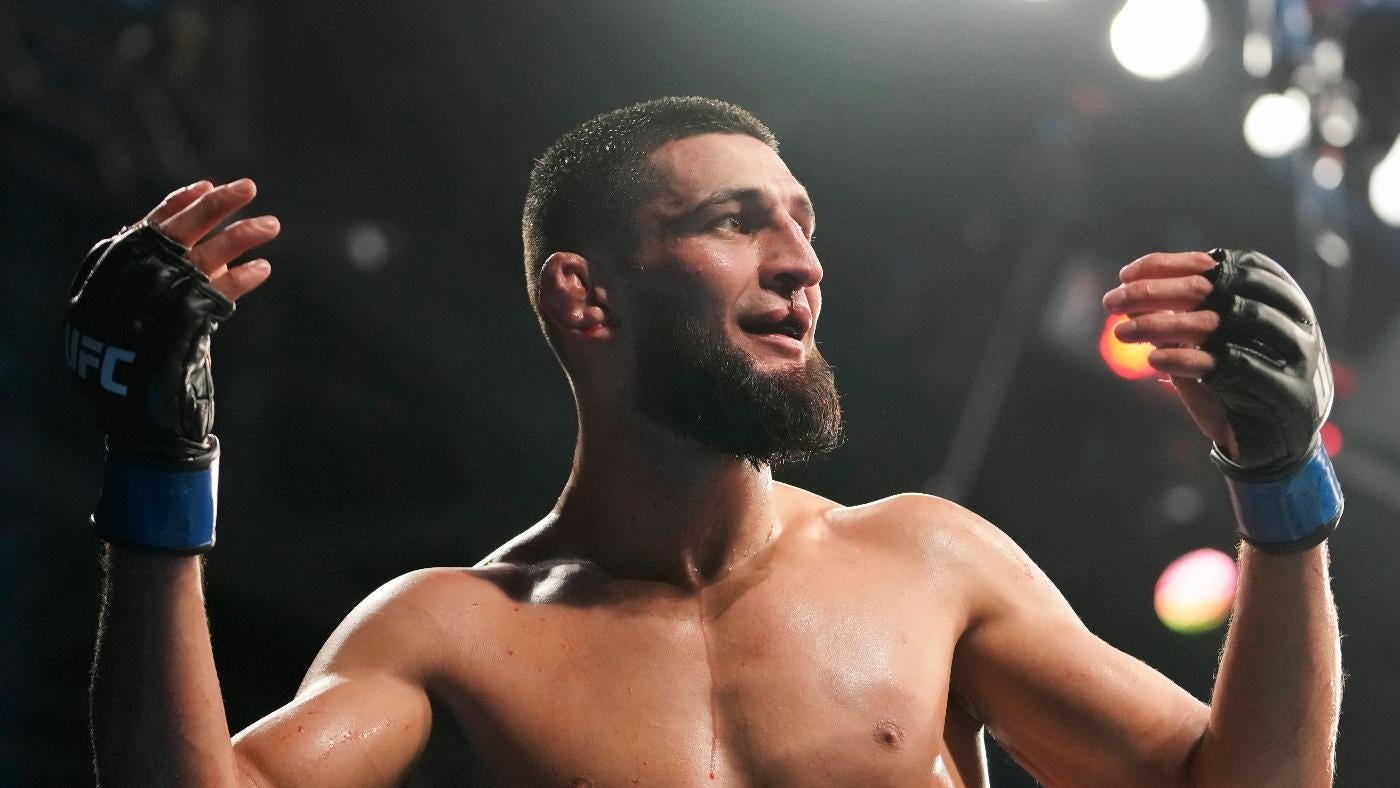 One of the fastest-rising stars in mixed martial arts meets one of its beloved icons in the main event of UFC 279 on Saturday when third-ranked welterweight Khamzat Chimaev takes on Nate Diaz. The pay-per-view main UFC 279 fight card is set for 10 p.m. ET from T-Mobile Arena in Las Vegas. Chimaev has been hailed as a future champion by countless MMA observers since he made his UFC debut in July 2020 and immediately started running through opponents behind a lethal combination of strength and technique. He could lock up a title shot with an impressive win over Diaz, a 15-year UFC veteran who is considered among the pioneers of the growth of the sport.

Chimaev is a -1100 favorite (risk $1,100 to win $100), while Diaz comes back at +700 in the latest UFC 279 odds from Caesars Sportsbook In the co-main event, welterweight contender Li Jingliang (-320) faces former lightweight interim champion Tony Ferguson (+260). Before making any UFC 279 picks, make sure you check out the MMA predictions and betting advice from SportsLine expert Kyle Marley.

Over the past three-plus years, $100 bettors who have followed Marley’s picks are up more than $13,000. The accomplished MMA analyst kicked off the 2022 UFC season in January by advising SportsLine members to support Calvin Kattar (+200) against Giga Chikadze (-240) in the featherweight main event. Kattar’s lopsided unanimous-decision victory gave Marley’s followers another easy winner. Anyone who has followed him is way up.

Now, he’s turned his attention to the UFC 279 fight card and locked in his best bets. You can only see his MMA picks at SportsLine.

The main event of UFC 279 serves alternately as a showcase for Chimaev, who is one of the promotion’s hottest prospects making his headlining debut and a celebration of Diaz, who is in the last fight of his UFC contract and is unlikely to re-sign with the promotion.

Chimaev (11-0), 28, was signed by the UFC following a strong run through the Brave FC promotion and the Russia-born fighter immediately caught the attention of MMA observers when he took a handful of short-notice fights and made fast work of his opponents. He memorably knocked out veteran submission specialist Gerald Meerschaert with the first punch thrown in their September 2020 fight.

Even so, his star power pales in comparison to that of Diaz who, along with his brother Nick, is one of the most popular fighters in the history of the promotion. The Diaz brothers are revered for their tenacity, fearlessness and irreverent attitudes outside of the cage.

Diaz (20-13) never won a title but fought for it once, coming up short against former lightweight champion Benson Henderson nearly 10 years ago. However, his legacy was cemented when he pierced the veil of Conor McGregor’s perceived invincibility in their March 2016 showdown. Diaz memorably pummeled then choked out McGregor in the second round before losing a narrow decision in a rematch five months later.

Diaz, 37, spent the next three years waiting on a massive payday for a trilogy with McGregor, which never materialized as the Irish fighter took time away from the UFC to pursue other interests. Diaz has won just one UFC fight since the first meeting with McGregor, but the Northern California native’s popularity remains unchanged among his fan base. You can see who to back here.

We’ll share one of Marley’s UFC 279 selections here: He is siding with Ion Cutelaba (-220) to get past Johnny Walker (+190) in a matchup of light heavyweight prospects to kick off the main card.

Cutelaba (16-7-1) is a power-punching prospect who has 12 knockouts on his record but has struggled against upper-tier competition. The 28-year-old is coming off a submission loss to veteran Ryan Spann in May.

Walker (18-7) also is a knockout artist who was once a fast-rising prospect but has notched just one victory in his last four appearances. The 30-year-old was knocked out by rising prospect Jamahal Hill in February.

“I like Cutelaba’s overall striking game more over the course of 15 minutes and he also has the wrestling upside,” Marley told SportsLine. See who else to pick here.

Marley also has strong picks for Chimaev vs. Diaz and every other bout on the UFC 279 card. He’s also backing “a dangerous grappler” to emerge with a surprising upset victory. Marley’s picks and predictions are only available at SportsLine.

Who wins Diaz vs. Chimaev? And how exactly does each fight end? Visit SportsLine now to get detailed picks on every fight at UFC 279, all from the incomparable expert who’s up more than $13,000 on MMA in the past three years, and find out.