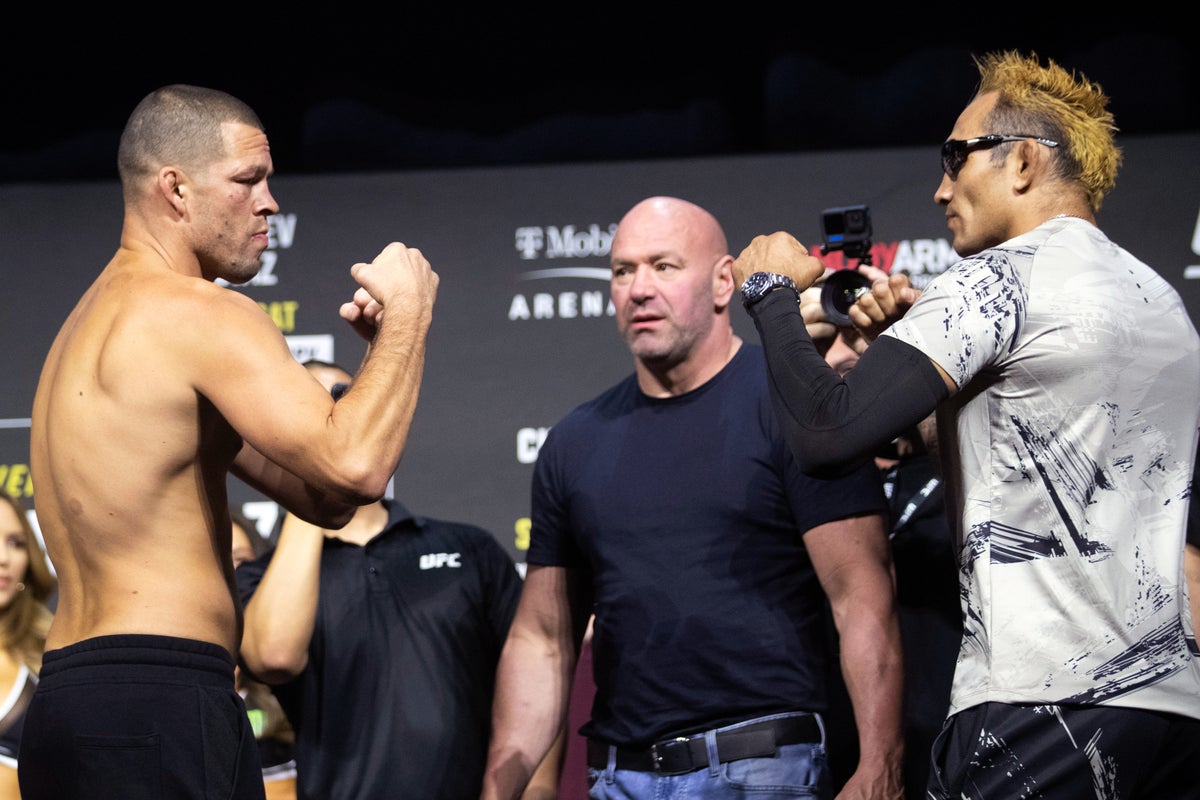 Diaz was initially supposed to face the formidable Khamzat Chimaev in his last UFC contest, only for the Russian-Swede to badly miss weight on Friday.

Dana White acted fast to pivot to Ferguson, who had been due to fight Li Jingliang, setting up a potentially thrilling and long-coveted showdown between two celebrated MMA veterans.

Chimaev – who initially tipped the scales some 8.5 pounds over the welterweight limit and blamed it on a medical issue – is still on the card and instead faces Kevin Holland in a three-round catchweight battle at 180 pounds.

Here’s all you need to know about UFC 279 tonight.

TV channel: BT Sport will broadcast the entire event live in the UK, with prelim coverage starting on BT Sport 1 at 1am BST on Sunday September 11, 2022.

Live stream: BT Sport subscribers will also be able to watch the entire event live online via the BT Sport website or app.

The early prelims are scheduled for an 11pm BST start time on Saturday September 10, 2022.

The prelims will then begin at roughly 1am on Sunday September 11, although that is subject to change based on how the earlier card develops.

Finally, the main card is scheduled for a 3am start time on Sunday September 11. The T-Mobile Arena in Las Vegas will host the event.

Ferguson to edge a close decision over Diaz in the main event, and Chimaev to beat Holland via an explosive early knockout.

Chimaev weighed in at 178.5lbs – 8.5 over the welterweight limit – after Diaz had tipped the scales at 171lbs.

Ferguson was on weight as he was obviously also supposed to be fighting at welterweight in the co-main event.

How to Watch Kentucky at Florida in College Football: Live Stream, TV Channel