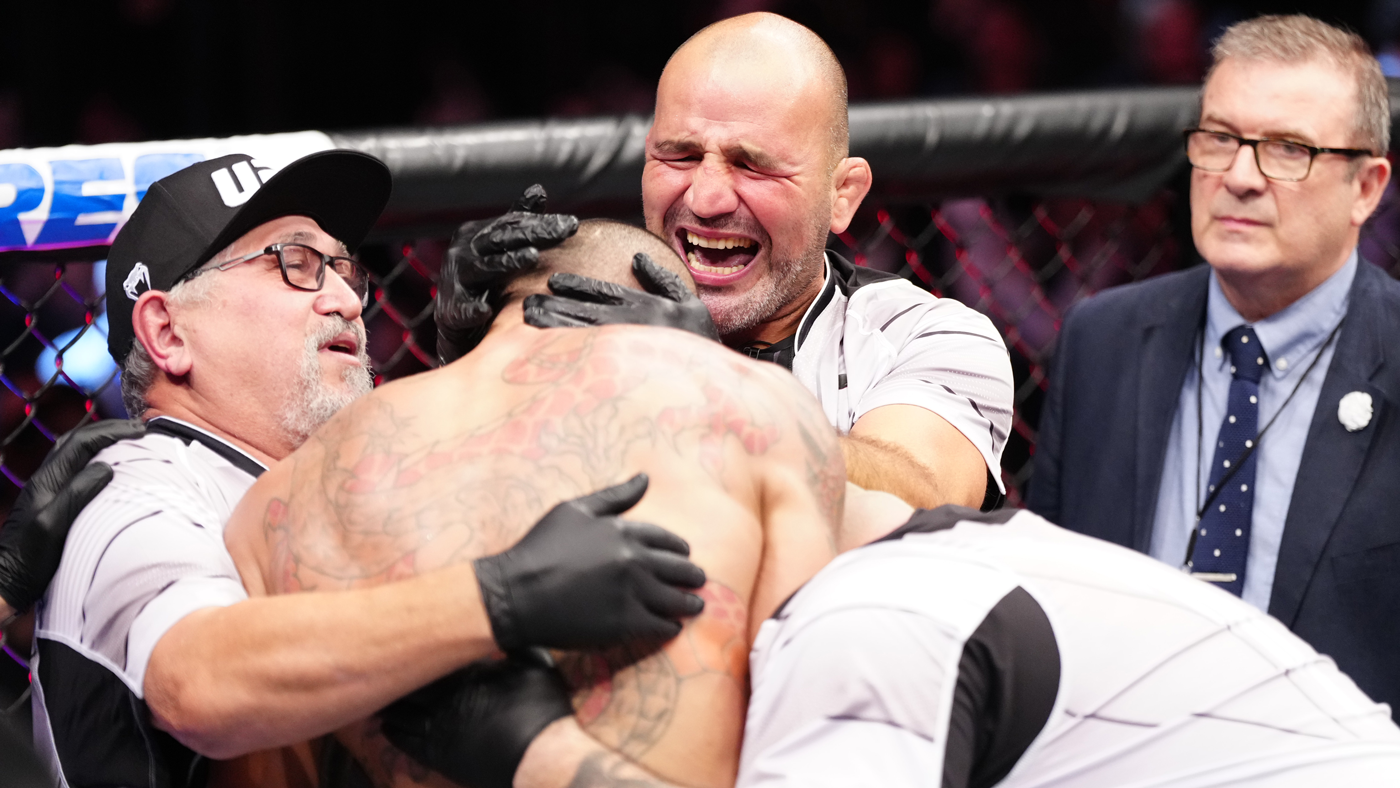 After a wild night of fights inside New York’s Madison Square Garden, which featured a pair of world titles changing hands, Saturday’s UFC 281 pay-per-view might have actually exceeded the large expectations coming in.

Alex Pereira seized the UFC’s 185-pound crown from his former kickboxing rival, Israel Adesanya, via dramatic fifth-round knockout and former women’s strawweight champion Zhang Weili regained her title with a submission of Carla Esparza. And then there was the all-action craziness put forth by lightweights Dustin Poirier and Michael Chandler.

With no shortage of memorable finishes and upsets throughout a loaded event, let’s take a look at what we learned from the UFC’s sixth visit to “the World’s Most Famous Arena.”

Can’t get enough boxing and MMA? Get the latest in the world of combat sports from two of the best in the business. Subscribe to Morning Kombat with Luke Thomas and Brian Campbell for the best analysis and in-depth news, including instant analysis of UFC 281 below.

1. The MSG magic was back in a big way

The short history of UFC’s annual visit to the island of Manhattan, which began in 2016 after the sport of MMA was finally legalized in the state of New York, has produced countless major moments over the past six years. But with the exception of the BMF title bout pairing Jorge Masvidal and Nate Diaz atop UFC 244 in 2019, the majority of those great memories came in the first two years. At UFC 205, Conor McGregor closed the night by becoming the first simultaneous two-division champion. The following year, at UFC 217, a trio of titles changed hands in dramatic succession over the final three fights. Both events featured a palpable stretch of escalating tension that produced one insane finish after enough. That same magic was back in the building on Saturday, which created a feeling that anything could happen at any given time. That wild unpredictability was as intoxicating as it was contagious, which helped make a strong case for UFC 281 as possibly the promotion’s best MSG card to date.

2. Israel Adesanya took too many chances within striking range

Leading three rounds to one on all three scorecards entering the final frame, Adesanya looked to be one takedown away in the closing minutes from securing the sixth defense of his 185-pound title. Instead, Adesanya found himself backed up to the fence within punching range of a still poised Pereira, who turned the tide in his favor with one flush left hook before finishing the champion with a flurry of strikes. Considering the biggest questions coming in centered upon Pereira’s lack of experience in MMA, and whether he had the gas tank to go five rounds, Adesanya made a crucial miscalculation at an unforgivable time. Like Leon Edwards’ improbable finish of welterweight champion Kamaru Usman in August, it’s yet another reminder of how crazy this sport is. But it also seemed to be an avoidable outcome for someone of Adesanya’s ability and intelligence, even with Pereira’s striking power. Whether he felt pressure from the fans to fight in a more exciting style after being booed during his last title defense or whether Adesanya got too caught up in plotting violent revenge for his pair of kickboxing losses to Pereira, his willingness to navigate extreme danger so casually cost him everything.

3. Pereira is carving out an incredibly unique combat sports resume

At 35, in just his eighth pro MMA fight and just his fourth appearance in the Octagon, what Pereira was able to do against one of the pound-for-pound greatest fighters in history was just remarkable. Add in the fact that he’s the only combat sports athlete to ever stop Adesanya — a feat that he has now done in two different sports — and you have the makings of legendary career playing out before our eyes. Pereira was already a two-division champion under the Glory banner in kickboxing, but his ability to stay poised and not fold against Adesanya despite such a gap in MMA fighting experience was nothing short of remarkable. Pereira was nearly stopped on his feet in the closing seconds of Round 1 and probably would have if the round lasted even five seconds longer. Yet he never stopped pressuring Adesanya and rebounded from spending most of Round 3 on his back after Adesanya surprised many with his grappling skills. Risking money that Pereira might crumble late and make a huge mistake in the face of exhaustion or frustration would’ve been a decent pre-fight bet. Instead, he waited until Adesanya did just that and violently took advantage with just two minutes remaining in the fight. Pereira is now 3-0 against Adesanya across two sports and is likely headed toward a life-changing financial boon in the form of a must-see MMA rematch.

4. A well-rounded Zhang Weili is as dangerous as anyone in MMA

Zhang became a two-time 115-pound champion by submitting another two-time champion in Esparza, who fought better for as long as the fight lasted than most had given her a shot of doing coming in. But this fight was largely won for Zhang on the ground by winning the wrestling battle against the more decorated Esparza and using her newly polished jiu-jitsu skills to transition into a quick finish. Zhang has grown exponentially from her 2021 title loss to Rose Namajunas and has worked hard on ironing out as many of her deficiencies as possible. The addition of fresh minds like Henry Cejudo and Eric Albarracin certainly deserve some credit for that. But at 32, Zhang could be the most dangerous and well-rounded fighter this division has ever seen. It’s a mythical crown, of sorts, which could be sorted out inside the cage in 2023 should the UFC match Zhang in a third fight against Namajunas, a two-time champion herself who owns a pair of victories against Zhang.

5. Dustin Poirier-Michael Chandler was all that … and then some

As far as pre-fight predictions regarding the potential for fight of the night, this lightweight clash between beloved action heroes felt like a slam dunk. But for this fight to play out even crazier than anyone expected and possibly even more entertaining than Chandler’s close loss to Justin Gaethje (2021’s best fight) in the same building one year before, it was going to take super-human performances from both. Luckily for MMA fans, that’s exactly what we got. Poirier proved at 32 that the grind of top-level matchmaking has not slowed him down one bit in a courageously stubborn performance. He rebounded from getting lit up by Chandler in Round 1 to nearly stop him in the closing seconds. But Chandler, a 36-year-old gunslinger who showed an almost absurd level of willpower, rallied in Round 2 to control the action with his wrestling and nearly stop Poirier with strikes late. The final round saw the fight up for grabs with both covered in sweat and blood until Poirier was able to submit him. This was as tense and insane as a fight between two highlight-reel performers can actually be. Poirier was the last man standing after yet another war and Chandler, even in defeat, reminded why he might be the most exciting risk-taker of the modern era.

Fulham vs Man United fc live stream: How can I watch Premier League game live on TV in UK today?