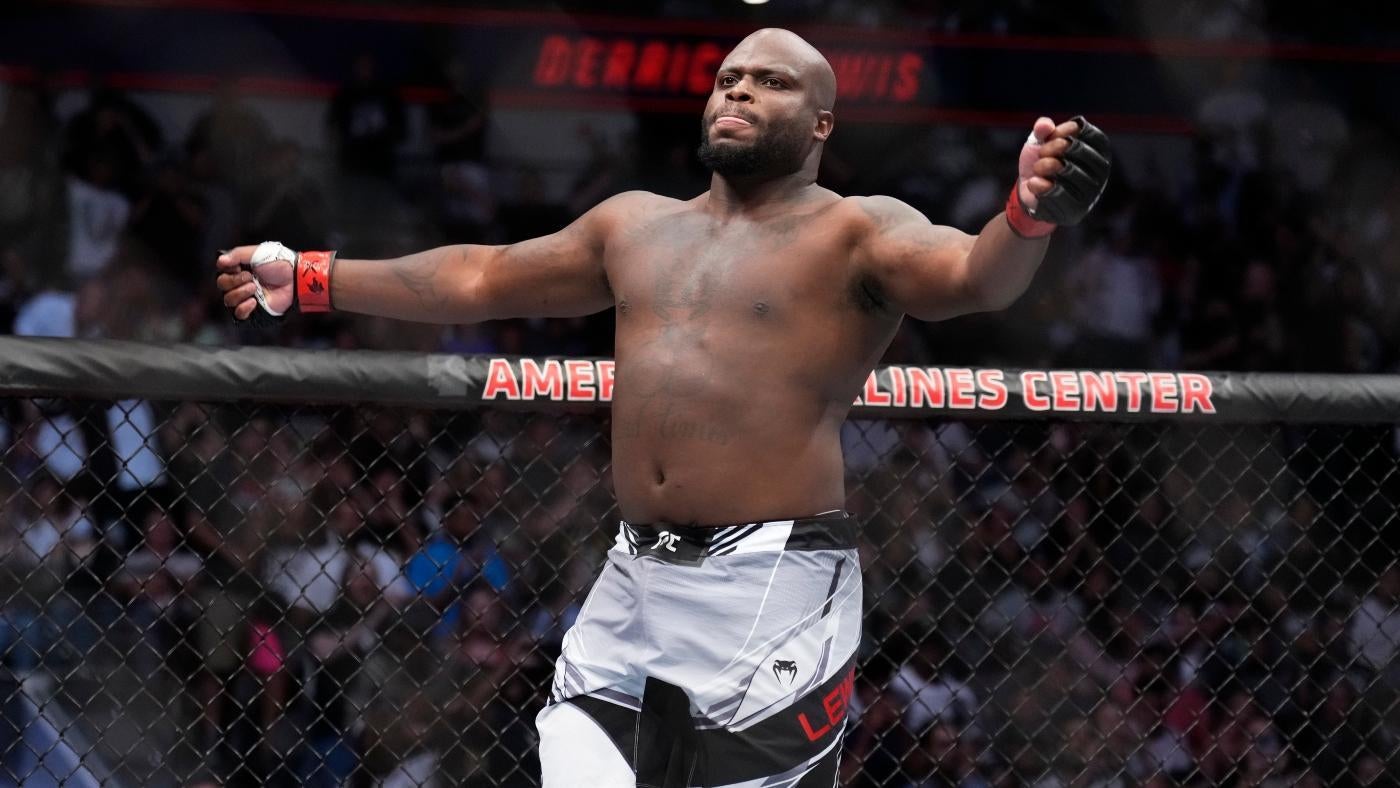 Derrick Lewis rarely feels stressed or concerned, but the veteran heavyweight contender admitted this week he’s feeling the pressure ahead of his UFC Fight Night: Lewis vs. Spivac main event Saturday against rising prospect Serghei Spivac. The battle of ranked contenders will anchor the main UFC fight card (4 p.m. ET) from the Apex facility in Las Vegas. Although the No. 7-ranked Lewis is a two-time title challenger and holds numerous UFC records, he has lost two straight and is facing the prospect of the first three-fight losing streak of his career. He told the media this week he’s concerned that another loss will cause his stock to drop and perhaps threaten his job security. He is looking to get back on track against the No. 12-ranked Spivac, who has shown a solid skill set against relatively meager competition.

Spivac is a -190 favorite (risk $190 to win $100), while Lewis comes back at +170 in the latest UFC Fight Night: Lewis vs. Spivac odds from Caesars Sportsbook. In the co-main event, light heavyweight prospects take the cage as Kennedy Nzechukwu (-175) meets Ion Cutelaba (+155). Before locking in any UFC Fight Night: Lewis vs. Spivac picks, make sure you check out the MMA predictions and betting advice from SportsLine combat analyst Kyle Marley.

Over the past three-plus years, $100 bettors who have followed Marley’s picks are up more than $13,000. The accomplished MMA analyst kicked off the 2022 UFC season in January by advising SportsLine members to back Calvin Kattar (+200) against Giga Chikadze (-240) in the featherweight main event. Kattar’s lopsided unanimous-decision victory gave Marley’s followers another easy winner. Anyone who has followed him is way up.

Now, with UFC Fight Night: Lewis vs. Spivac in sight, Marley has studied the card from top to bottom and revealed his top selections. Marley’s UFC Fight Night picks are only available at SportsLine.

For the better part of the past decade, Lewis (26-10-1) has been one of the most popular fighters on the UFC roster. His devastating one-punch power makes his fights must-see affairs, and his irreverent humor in interviews keeps observers watching him long after his fights have ended.

But lost in the reverence for his sense of humor and gregarious nature is the notion that Lewis is likely the most successful heavyweight in UFC history to never wear the belt. He lost in a title fight against former champion Daniel Cormier in November 2018 and came up short against Ciryl Gane for the interim title in August of last year.

Even so, his resume includes a knockout win over No. 3-ranked Curtis Blaydes and a decision victory over current champion Francis Ngannou. The 37-year-old has lost his last two outings by knockouts to rising prospects, and a third would likely relegate him to gatekeeper status.

Spivac (15-3) is among a crop of young heavyweights who are starting to take over the upper tier of the division. The 27-year-old Moldovan fighter joined the UFC with a 9-0 record but lost his debut to journeyman Walt Harris.

He has won six of his eight appearances since, but lost against the best opponent he faced in that span. Sixth-ranked Tom Aspinall stopped Spivac in September of last year. Spivac rebounded with wins over Greg Hardy and Augusto Sakai this year and will likely crack the top-10 rankings with a third straight win Saturday. You can only see who to pick at UFC Fight Night here.

We’ll share one of Marley’s UFC Fight Night predictions here: He is siding with Jack Della Maddalena (-550) to get the best of Danny Roberts (+425) in a matchup of welterweight prospects that will kick off the main card.

There are many observers who believe Maddalena (12-2) is one of the most promising prospects in the entire UFC, regardless of weight class. The 26-year-old Australian fighter has done little to dispel this notion as he has notched first-round knockouts in each of his first two UFC appearances after earning a contract on “Dana White’s Contender Series.” He stopped fellow prospect Ramazan Emeev in June.

Roberts (18-6) is a versatile fighter who has five submissions and eight knockouts to his credit. The 35-year-old British fighter has won two of three but dropped a decision to veteran Francisco Trinaldo in May.

“I favor Maddalena anywhere the fight goes. Roberts is a solid striker, but I don’t see him winning rounds, so he is more in a finish-or-bust situation. I will take Maddalena to get the finish,” Marley told SportsLine. See who else to back right here.

Marley also has strong picks for Lewis vs. Spivac and every other bout on the UFC Fight Night card. He’s also backing a fighter who “is the more powerful striker” to emerge with a huge victory. Those UFC picks are only available at SportsLine.

Who wins UFC Fight Night: Lewis vs. Spivac? And how exactly does each fight end? Visit SportsLine now to get detailed picks on every fight at UFC Fight Night, all from the incomparable expert who’s up more than $13,000 on MMA in the past three years, and find out.